The Heron Bicycle Company recently folded up again for the second, and probably last time. I purchased the bicycle shown from the late, great Sheldon Brown at Harris Cyclery. I was told it was the literally the last bike made before the first Heron failure. Unlike the second generation bikes, it has 531 tubing and horizontal dropouts. Also, I had it repainted by Chris Kvale. Eventually it is probably going to get upright bars and a chaincase to make it a better 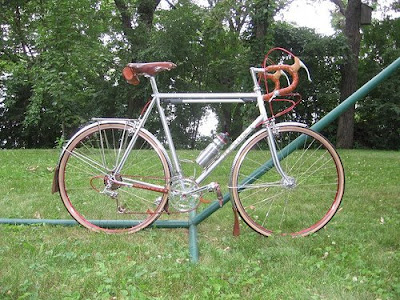 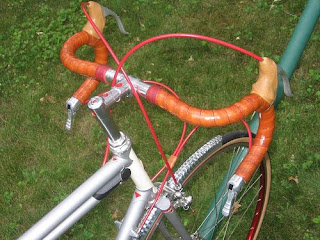 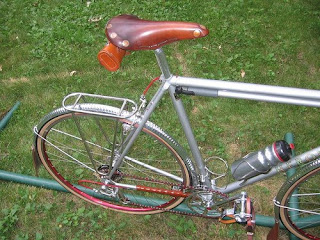 (Note: the red chain is not BMX! It is a vintage Everest.)