We had a light breakfast, picked up Sue Keefer and headed into the morning sun toward South Padre Island. Our first stop on the island was the Sheepshead lots. There was a handful of folks already there when we arrived. We shortly got photos of the two life birds we were after, the Prothonotary Warbler and the Hooded Warbler. They both winter in Central America and are stopping over on the way to their nesting grounds. Not terribly rare birds, but the Hooded doesn't make it as far as Minnesota and the Prothonotary rarely. The Prothonotary was also a life bird for Lorna and the Hooded was the first she has photographed. 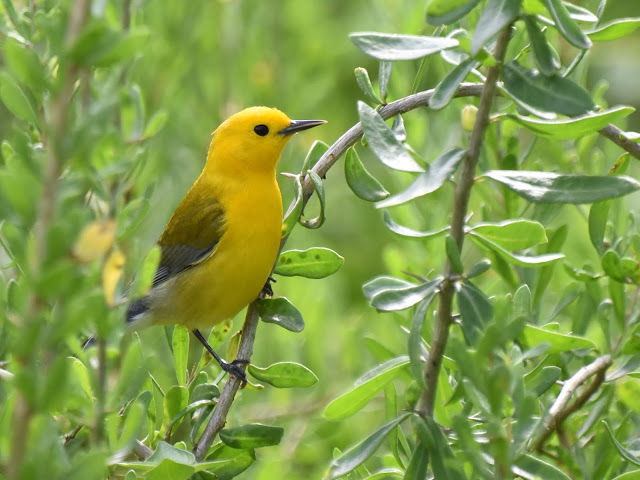 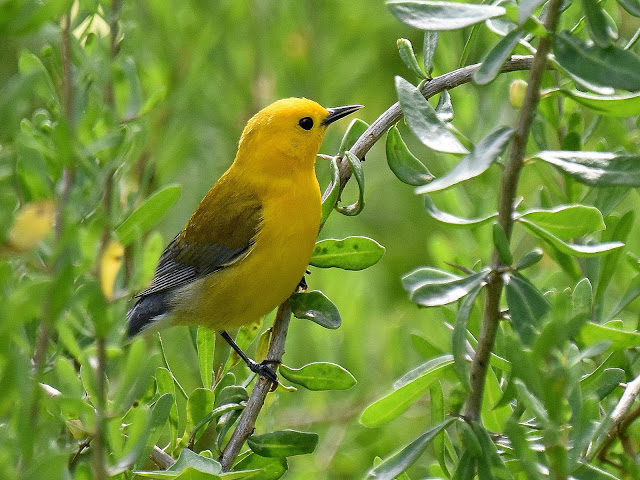 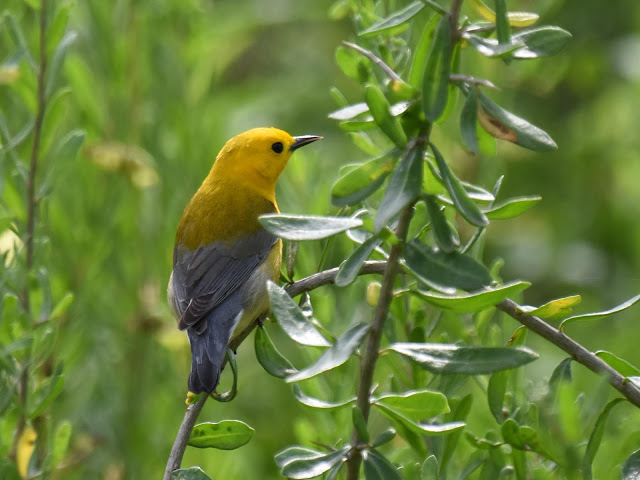 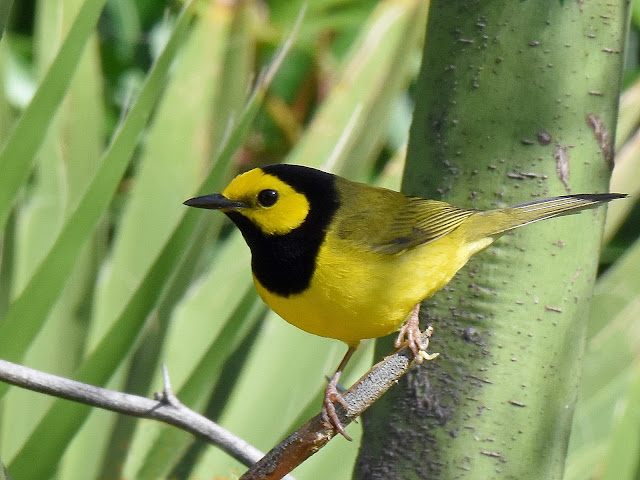 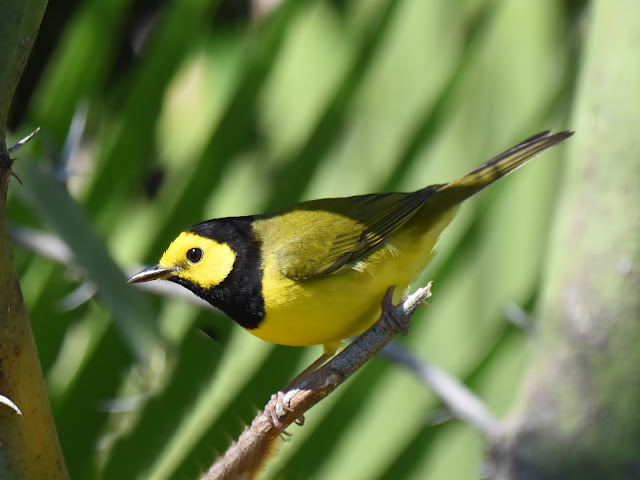 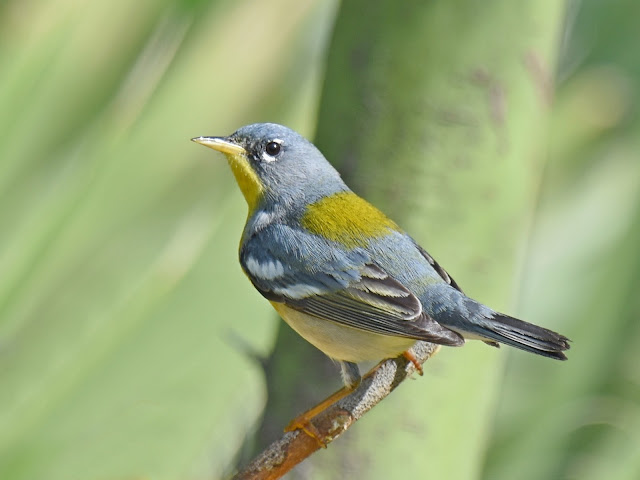 We were jumping up and down, high-fiving strangers when a van from Estero State Park arrived carrying ten people we actually know. We quickly regained our decorum, tucked our shirts back in and pretended it was just another ho-hum day. 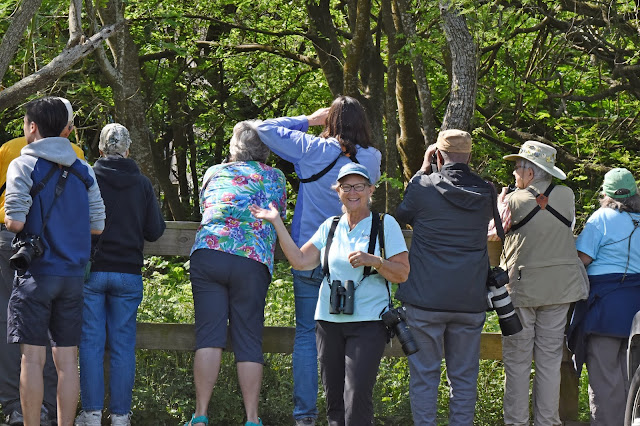 We then headed to the South Padre Birding Center and walked the boardwalk. We pretty much saw the usual suspects. The Tricolored Heron in breeding color was particularly stunning with his electric blue bill. 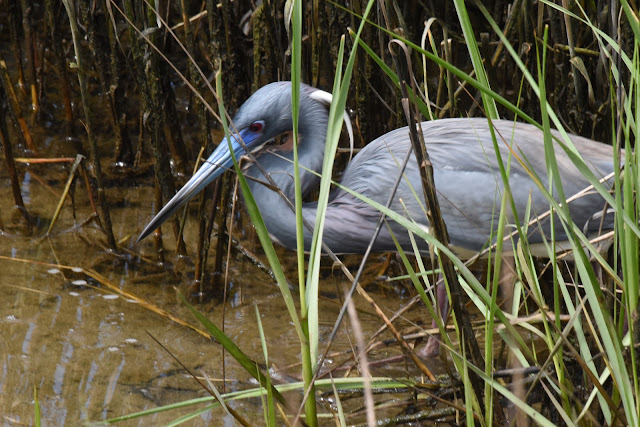 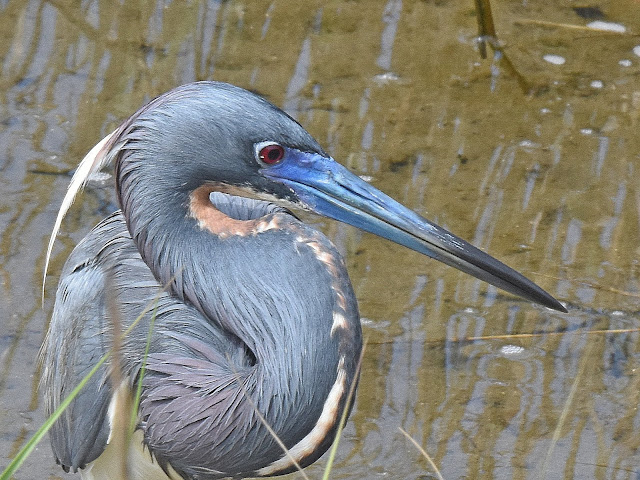 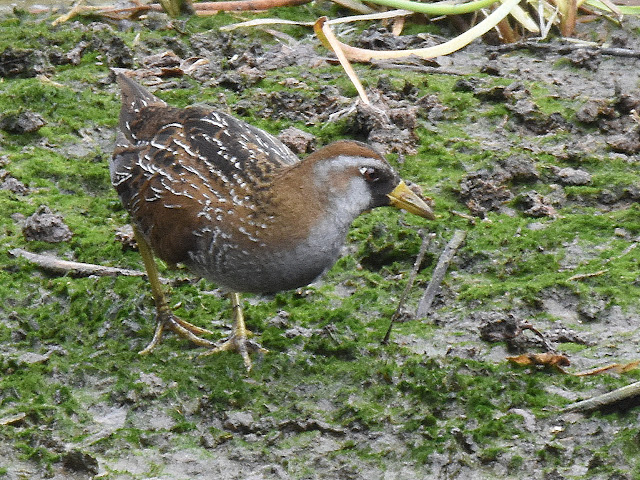 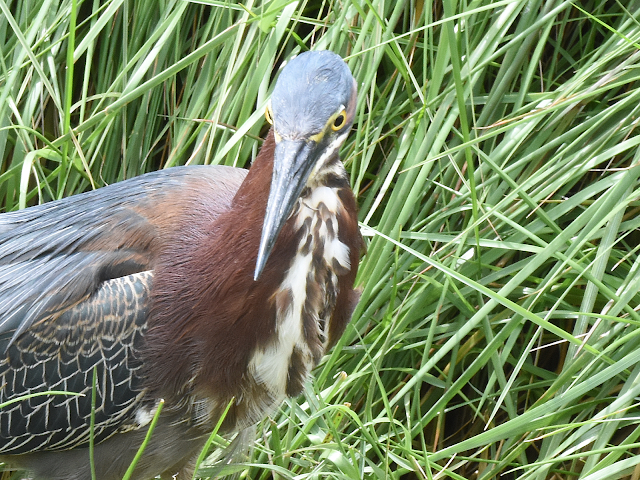 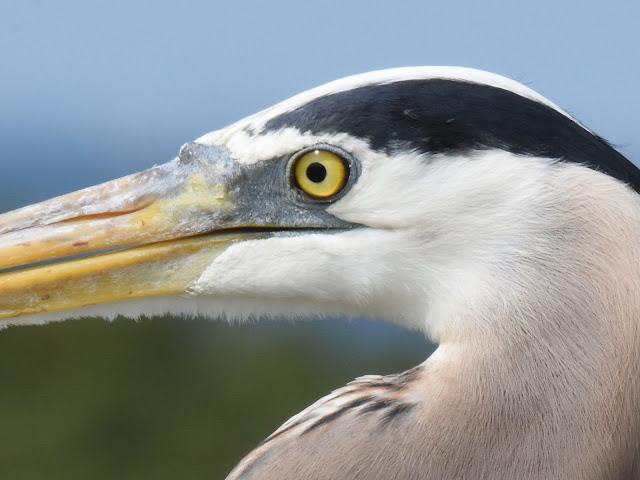 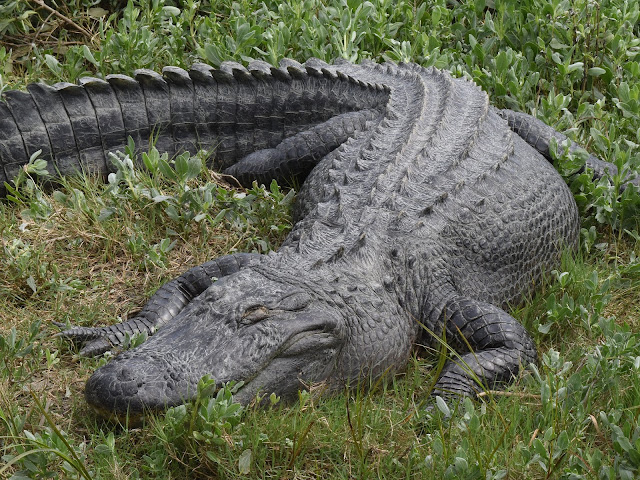 Lunch called so we answered it at Padre Brewing along with Mike and Connie from Traverse Cit
y. Good seafood, good beer ... and Markus gave me a free pen to sign the slip. Then back to the boardwalk for another quick walk and then over to the "mud flats". 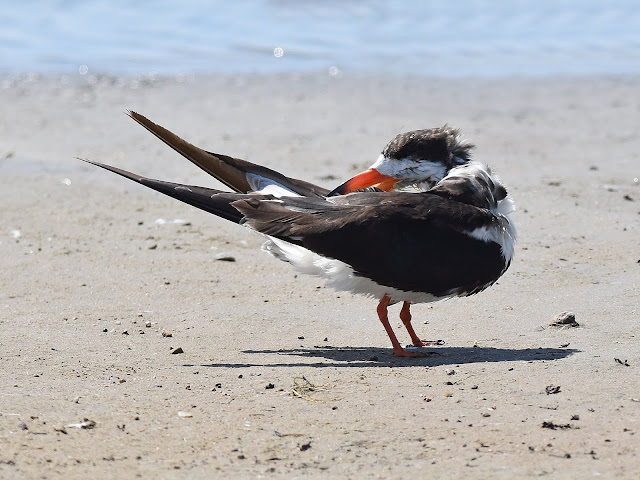 And another quick stop at Sheepshead as we were leaving the island where I shot the Prothonotary again. Love that bird. 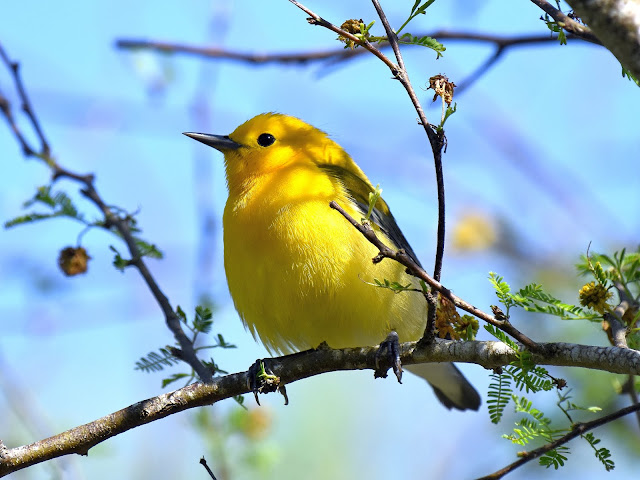 What fabulous photos of that Prothonotary and Hooded. Again, congrats! 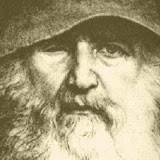