... and a Black-capped Titmouse.

We drove down to Santa Ana NWR early this morning. Lorna went out with the organized "bird walk". There were about a dozen people - not my cup of tea, so I wandered off by myself.

There were large flocks of waterfowl at Willow Lake, virtually nothing at Pintail Lake. There was nothing special today, unless you count the Least Grebes, a Mexican species who's range only creeps into the far south tip of Texas. 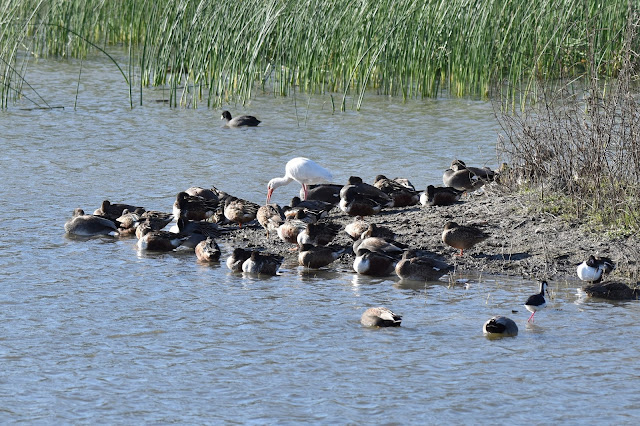 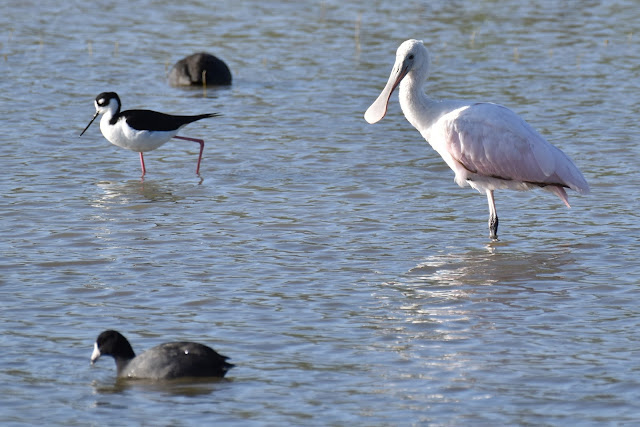 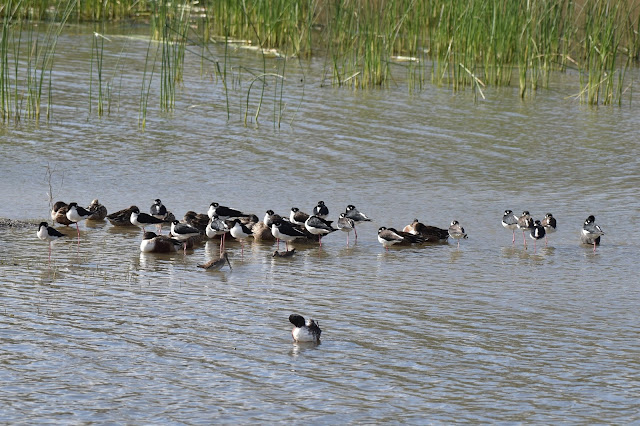 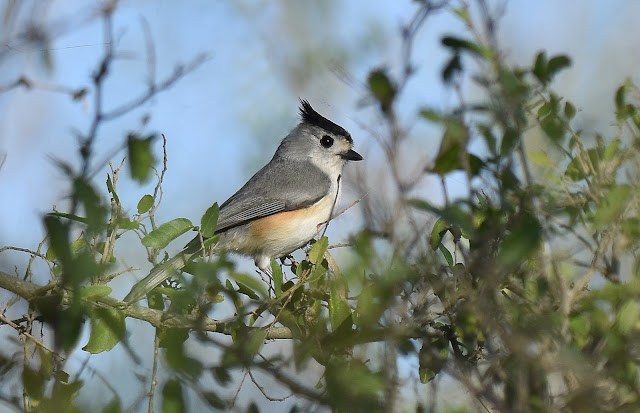 After I was back on a bench waiting for Lorna. a group of women from Dallas came by reporting a male Rose-throated Becard. I considered going back out to find it, but by then I was hurting a little. I probably should have, I seem to have a relationship with the species.

A REAL birder would have sucked it up. - Gunnar,