This morning we motored through the early fog, west to the Mission Nature Park. "Nature Park" is a bit of a misnomer, probably only Texas would have a gun range in a nature park. In reality it's a park with paved bike/jogging paths threading through some grassland and scrubby trees - just a nice place for people to be outside and get some exercise.

Earlier in January I posted a couple of pictures of a White-tailed Kite, certainly an uncommon bird. Today we did a little target birding, going out to see a specific bird. There have been reports of a family group of five Hook-billed Kites making occasionally appearances at the Mission park. Given a choice, the birds live almost exclusively on tree snails, and locally heavy rains, or for whatever reason, the Mission woods are full of tree snails this year. Rare. My Sibley Field Guide states that the Hook-billed Kite is quote, "Rare; only a few pairs resident in woods along lower Rio Grande". A few pairs? Okay, maybe really rare. This is one of those birds that are coveted by those people who maintain a life list of North American birds. I remain listless.

We walked west on the top of the levy scanning the horizon through the fog looking for flying birds. 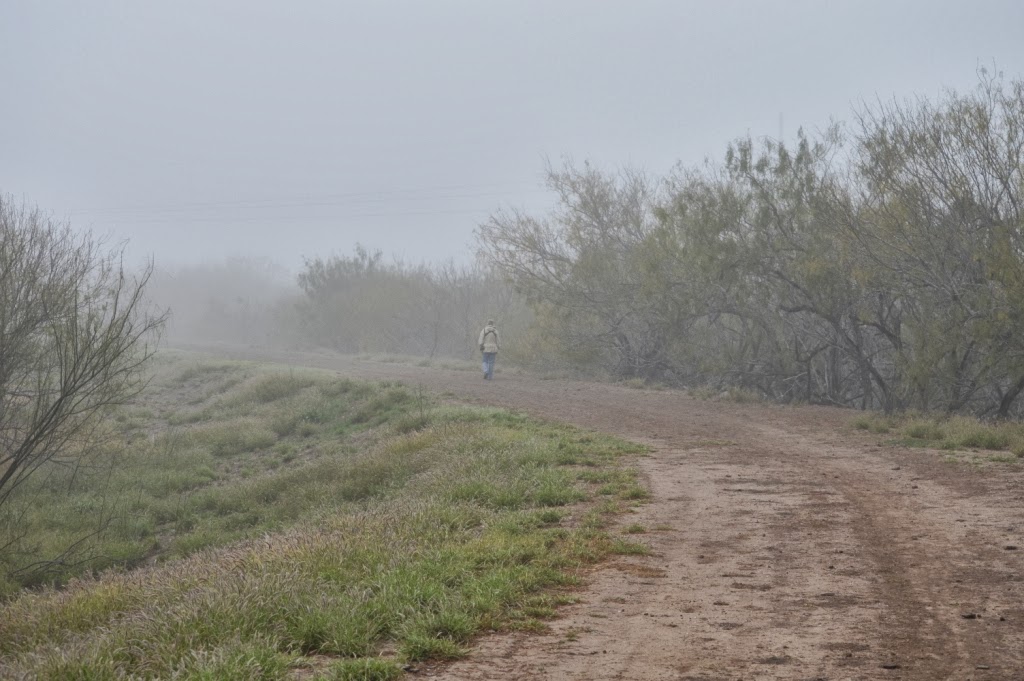 Eventually we joined a rag-tag group of hopeful birders, some of whom we knew, familiar faces and some new ones. Slowly the fog cleared a little, but no birds. So we talked, listened to silly stories and waited. And waited. A couple of weeks ago Paul and Carolee talked to a couple who had finally seen the Kites...after waiting for 8 hours. I was hoping The Woman wouldn't want to wait 8 hours. No matter, after an hour or so, Steve called, "Hawk!" and the Hook-billeds were coming over the southern horizon, so far away it was hard to make them out. One, two, five of them. They flew right over the trees in a loose group, dipping out of sight, then reappearing even closer. Then suddenly near us, three swung past over the levy. People gasped and the big cameras shot bursts like machine guns. I snapped a few pictures through the fog of an all gray male as they flew by. Momentarily they dropped into the trees, vanished; it was quiet. Old men giggled like little children watching magic. 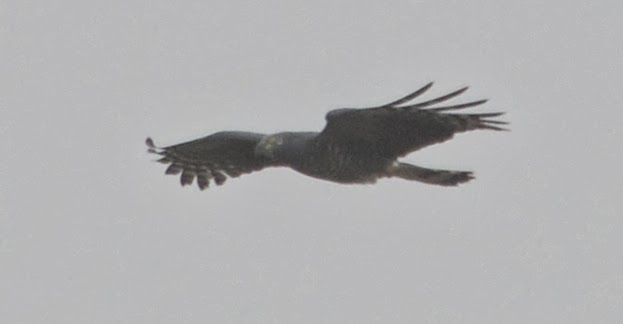 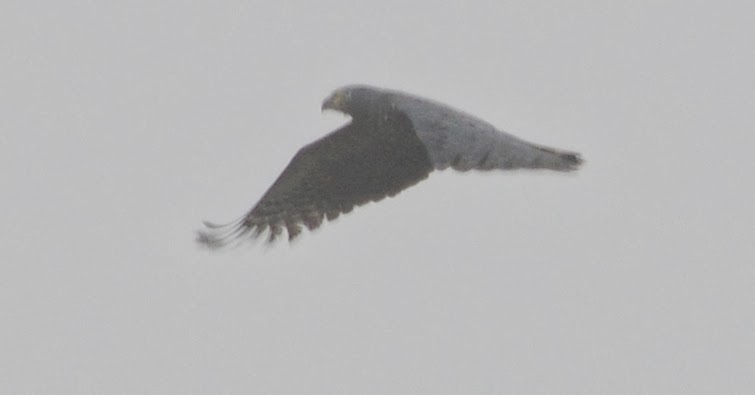 Then as the quiet, excited jabbering started dying down, a grizzled, portly man named Rodriguez called, "Bird in the scope!". People queued up and waited patiently to see two distant birds, likely females, in his scope. Lorna got these pictures through the trees before the birds dropped down to feed and were gone. It was over. 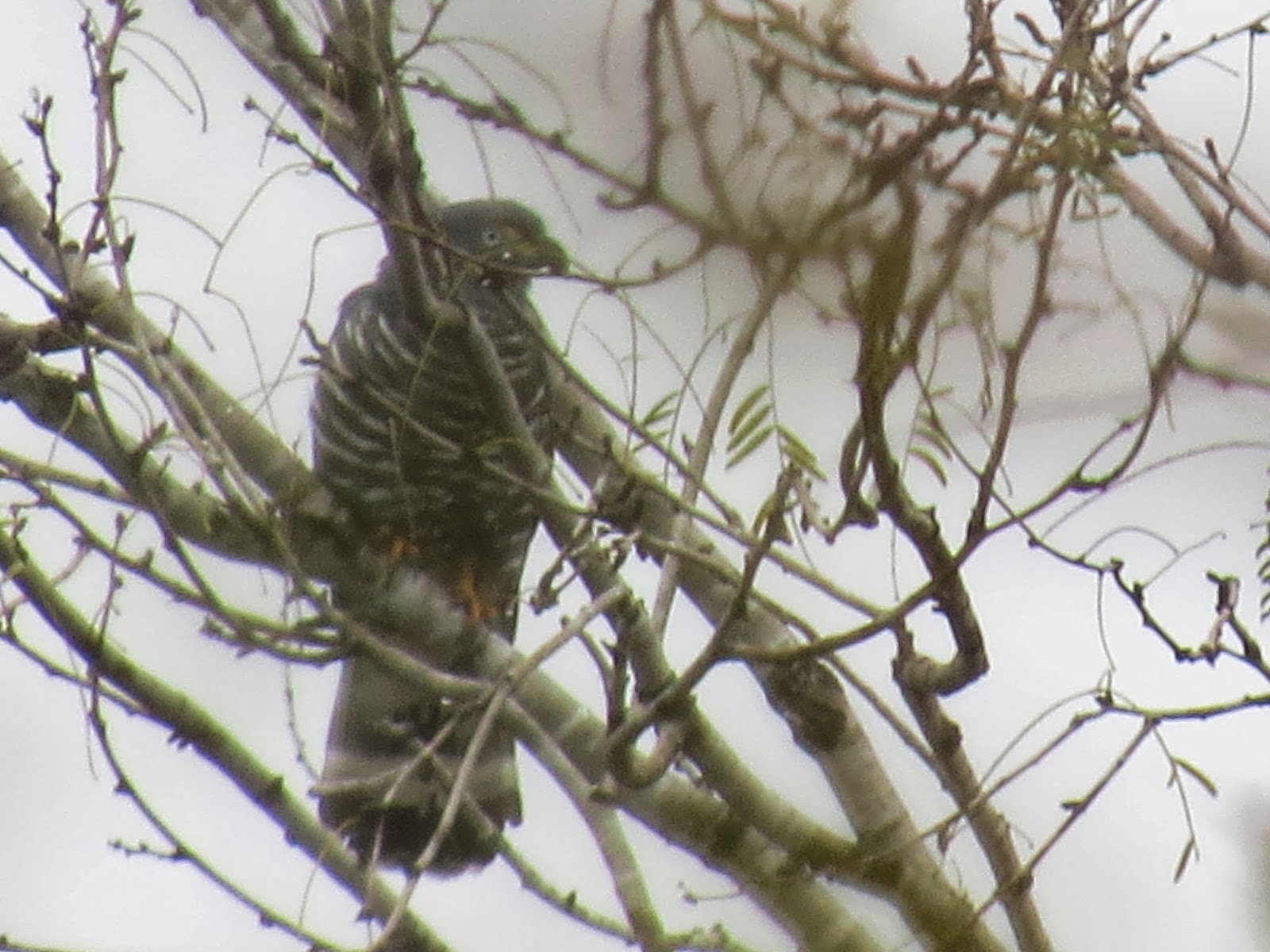 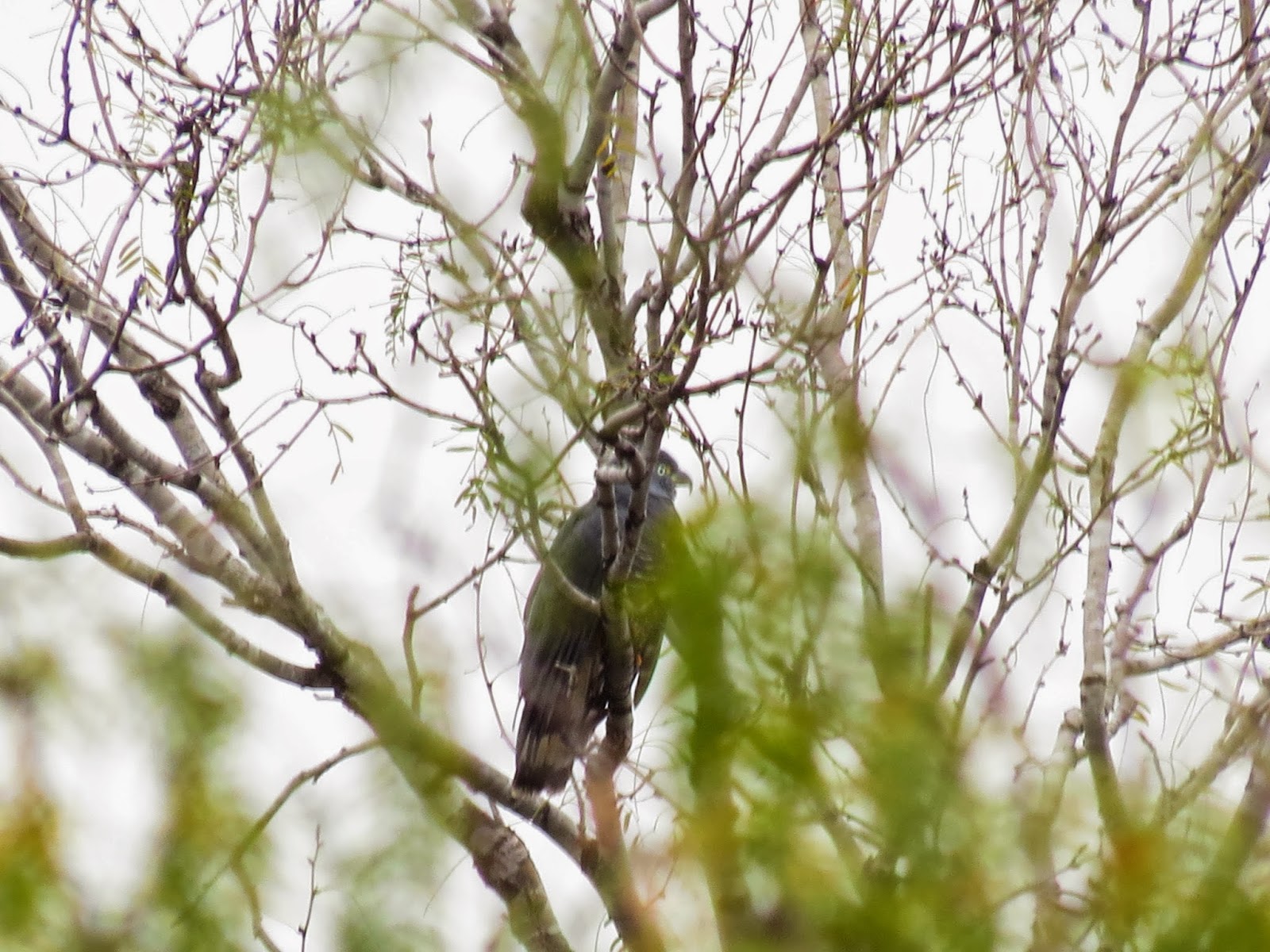