This is a fairly early Galmozzi, maybe late 1940s or early 1950s, judging by the hubs and crankset. 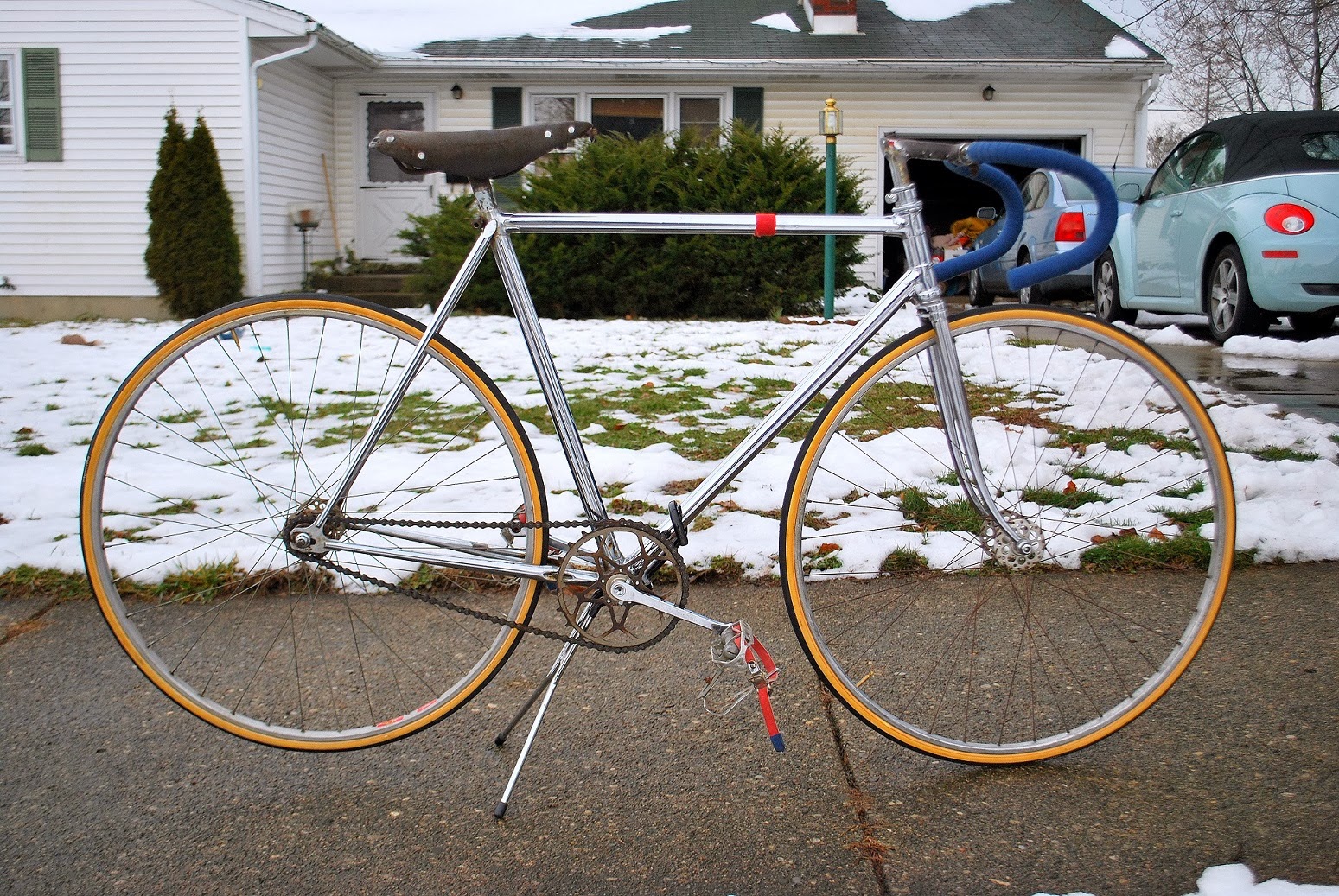 There has been a question of whether there were originally decals on this bike. First, it's chrome and transfers always peel. Secondly, so many of the Galmozzis wore other manufacturers livery we wouldn't know what the decals were anyway. We do know it was made by Galmozzi because he engraved his name on the head tube. 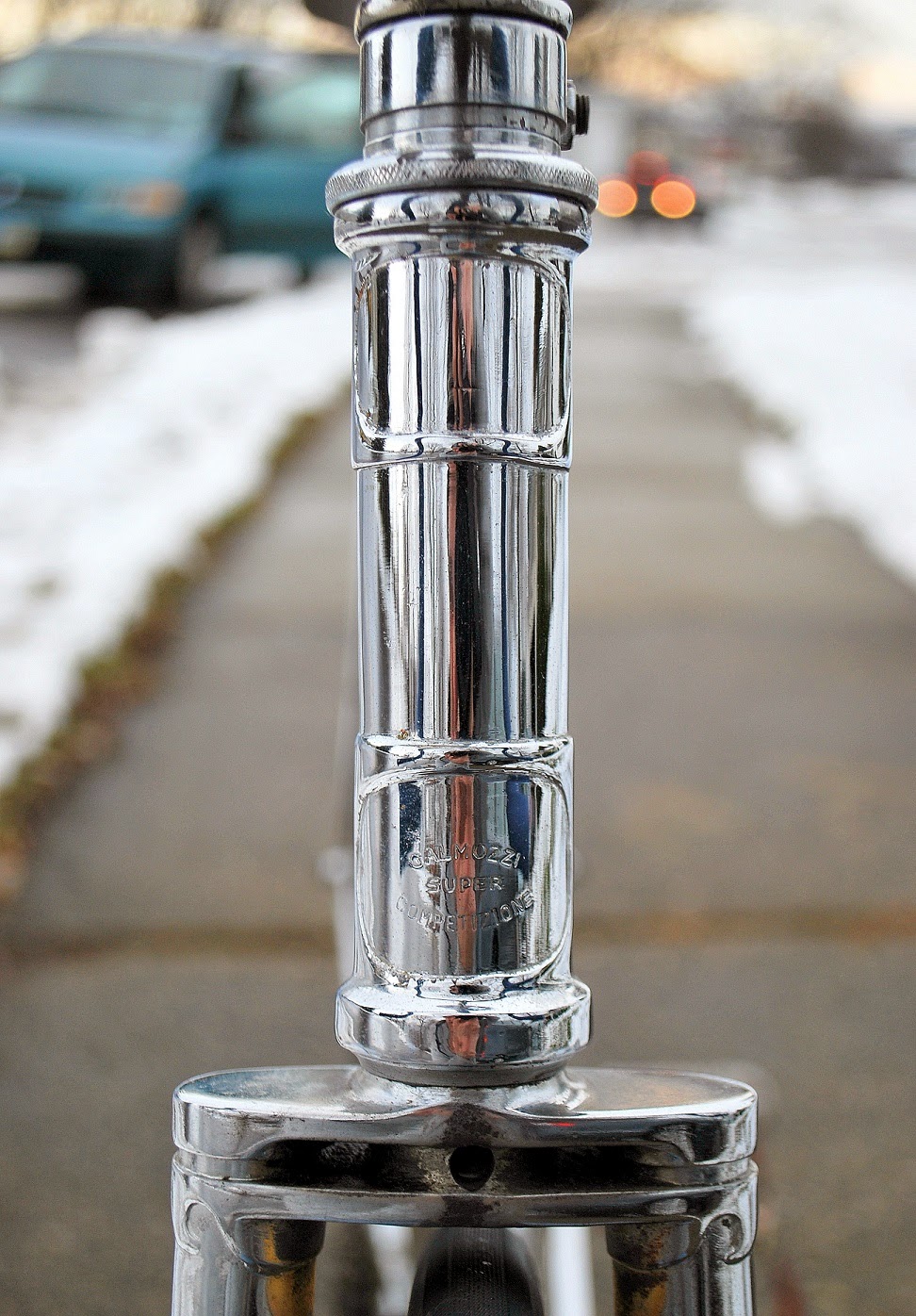 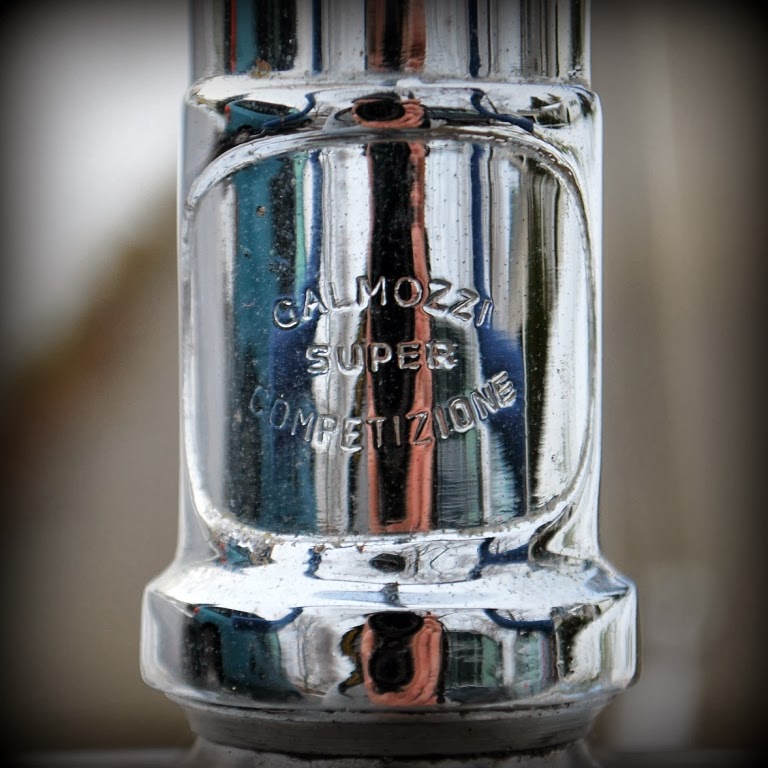 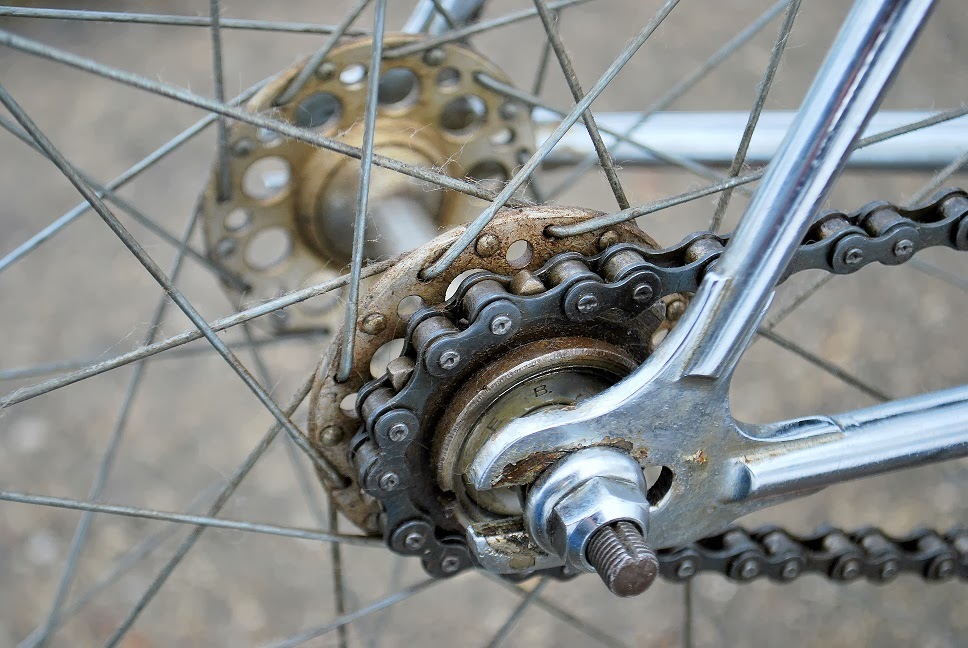 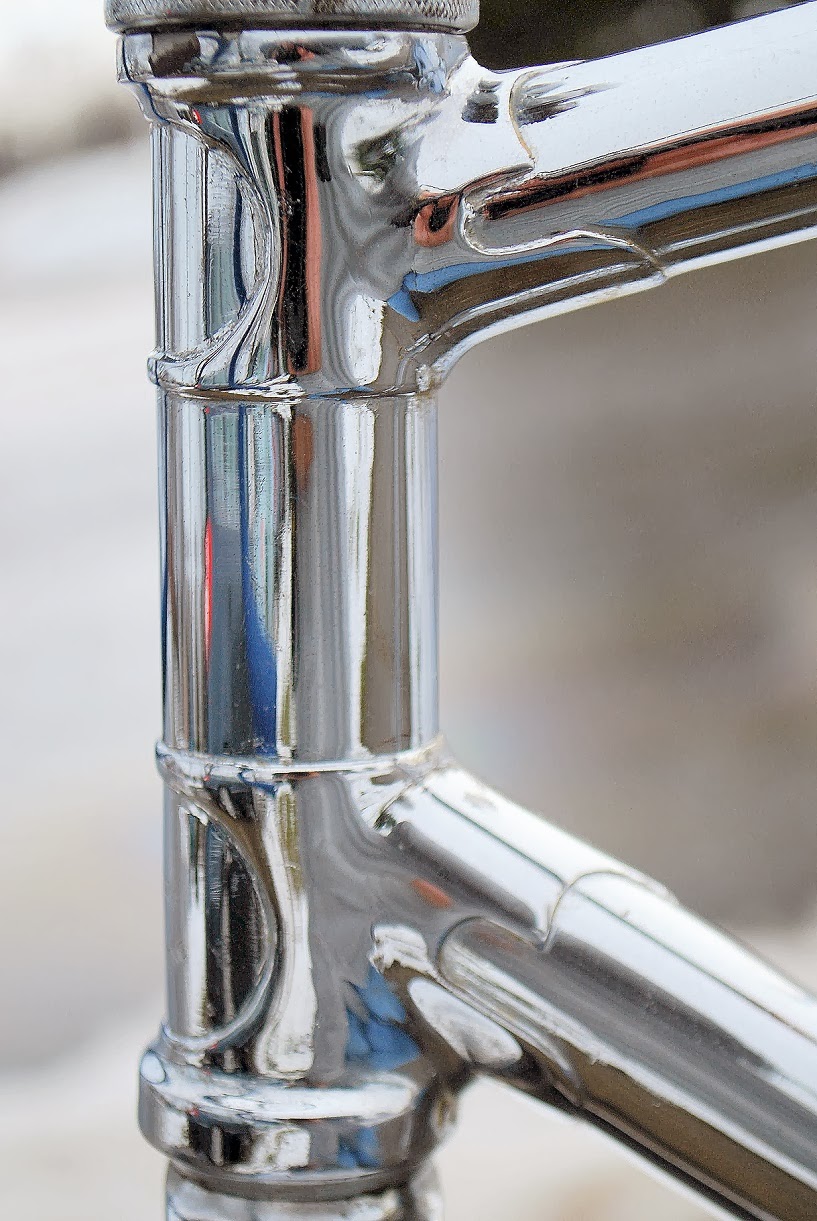 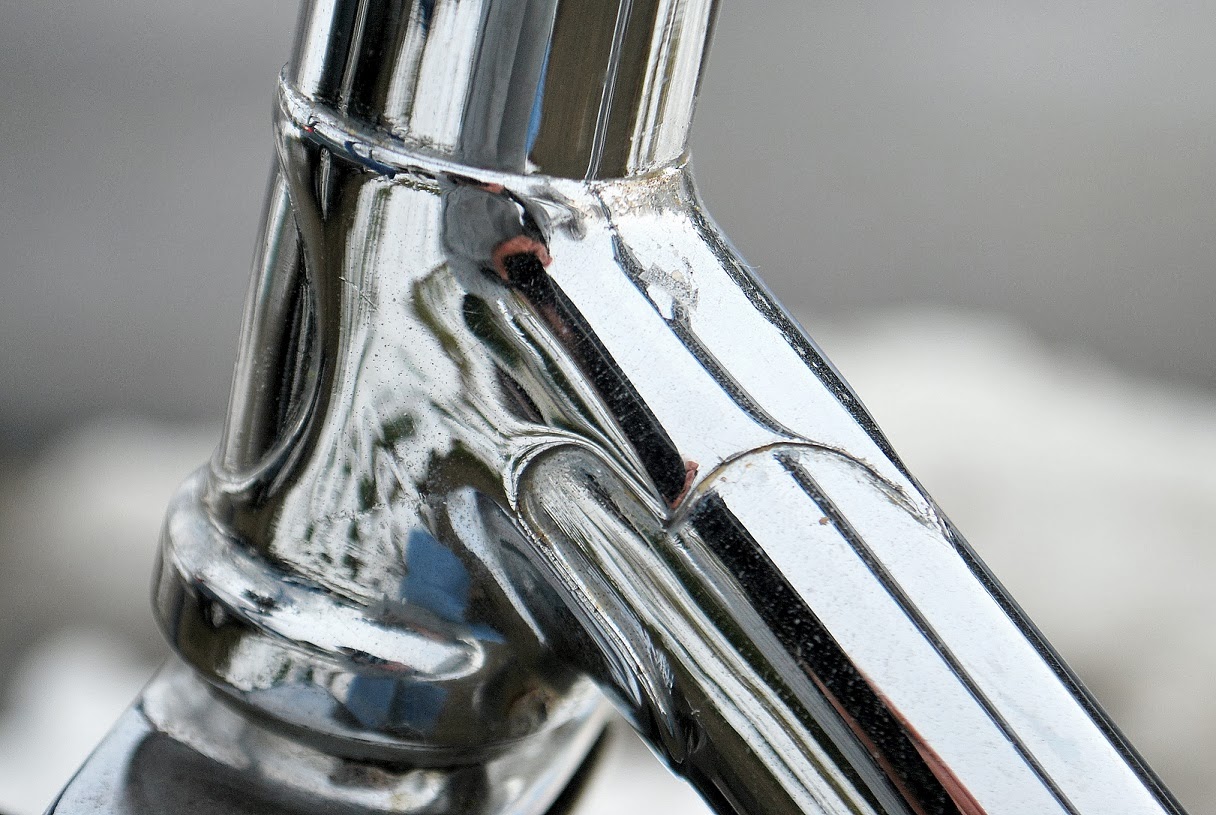 I'm amazed to see bare (lack of snow) pavements under that Galmozzi. Do you have an indoor velodrome close at hand?

Not my bike. Not my location. Sorry if I mislead you.

sweet ride indeed ..almost supersonic with the right engine...'fraid tis for younger limbs for the most part,,,,happy year of the horse....kevin r.

Is that the one that Aldo found for sale at Le Cirque one year?

That is very cool!