Really? It is the first one I have seen here in the Rio Grande Valley in five years. I greeted her, and as is the norm meeting strangers down here, I asked where she was from. "Minnesota, a small town in Southern Minnesota. My mate and I have a nice wooded lawn on a quiet lake - not fancy, but quite pleasant with a lot of berry shrubs and lawn bugs, and no herbicides or pesticides. You know how important that is when you are raising nestlings."
It was an amazing coincidence. We talked a while and I told her I would be waiting for her return in the Spring. It is a very small world. 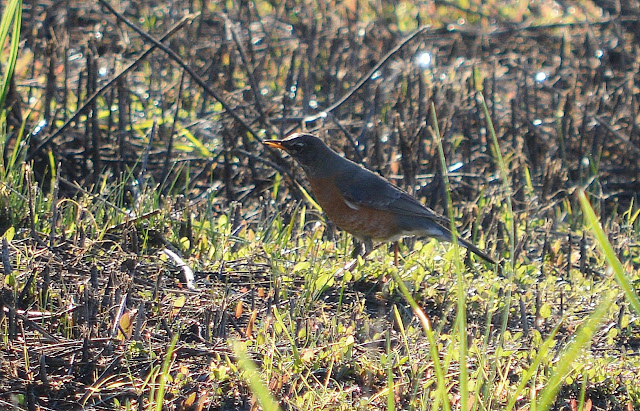 It was a beautiful morning - forecast high of 84F today, and our excuse for going for a walk in the morning sunshine at Santa Ana was to see if we could get a glimpse of the two additional Northern Jacanas which had been sighted two days ago by our friends Bill and Cathy. 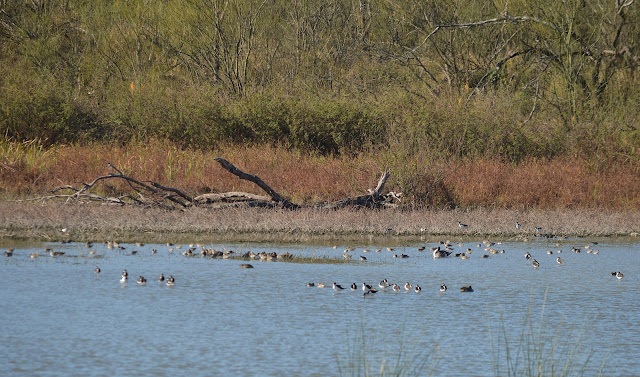 We did not see the young Jacanas this day, but as we were leaving we did bump into Bill and Cathy. It was only mid-morning, but by then Bill was already spitting tacks. He does not suffer fools gladly (I get a pass only because I am on Lorna's arm) and he had found his first victim of the day. Some fellow with a camera was off the path, crushing vegetation along the pond edge. He then made the near fatal error of asking Bill if he could look through his scope so he could get a better view of his potential camera subject.

Bill has had some rather scary military training and in general does not like photogrphers. I am rather surprised the poor clueless fellow survived the encounter.