The day began in a pea soup fog - not an unusual occurrence here. While we were waiting for it to lift enough to drive, Lorna did a couple of loads of wash. It was 9:30 before we got on the road to Frontera Audubon, which is about 10 miles away in Weslaco.

We were there because Lorna (and I) still want better looks at the Blue Bunting and the other rarities which are there this year. As I write this that sounds soooo simple. You know where the bird is, just go look at it. It isn't that easy; case in point, the fellow who finally saw the Blue Bunting a couple of days ago after staring into the brush for 20 hours over five days. "Be careful you guys, it's a jungle out there."

Just a quick observation. This is a flowering vine near the entrance. It was large and eye level so I shot it as I walked by. Note the droplets. It did not rain; the fog and dew just makes things that wet. 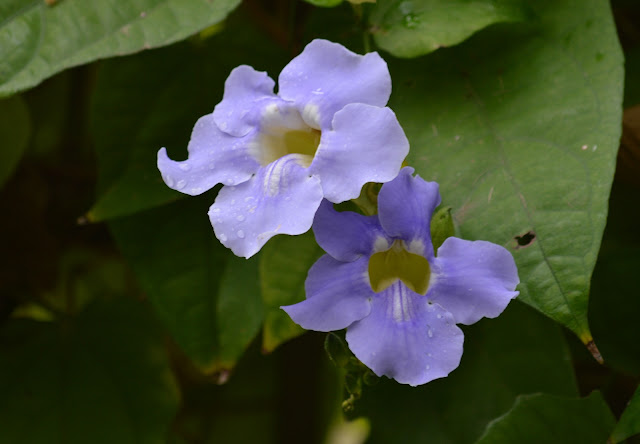 Today we had a short checklist. At the end of the day that list remains unchecked. Again, we did not see any of the really rare birds, but there were some warblers and a lot of more common birds. Common? Some are simply spectacular, birds that four or five years ago I would have killed to see.

We did see a Groove-billed Ani, a tropical member of the Cuckoo family. It is a "good bird", rare enough to seek out, though maybe not worth a plane ticket. It turned out to be the first one sighted at the refuge this year. Anyone who has ever tried to photograph an Ani in its typical habitat will understand the photo. :-)

Hunger ambushed us right on schedule. We took a break and headed for Nana's Taqueria. Nana's has tables outside, but it was getting quite hot so we went inside. We caught the last small table. Of the dozen tables, three were manned by old, pale pink wrinkled people - the rest were Hispanic, some families, some apparently workers on lunch break. I realize I have become one on those wrinkled old pink guys, I just don't identify with my age group. If I show up for lunch in a golf shirt, shorts and white tennis shoes, just take me out in back of the barn and put me down. Anyway, Nana's is really good food - real fresh food, which is a rare commodity these days.

After lunch, back to the birds at Frontera. Not much luck, but here's a couple of shots of a Carolina Wren. 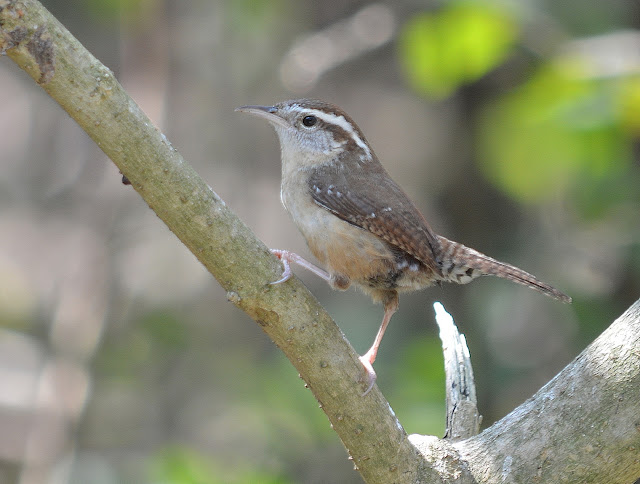 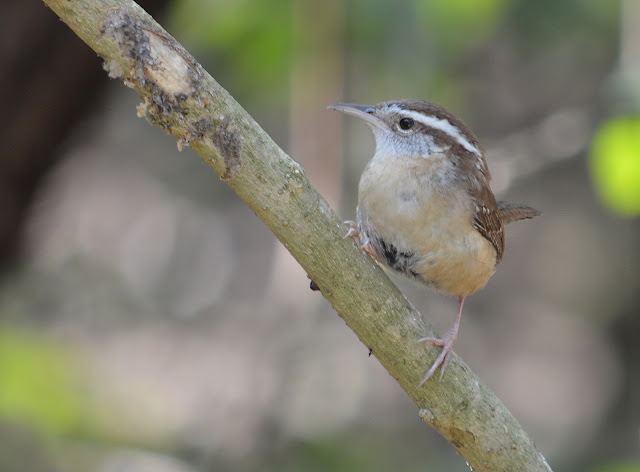 Thanks Paul,
I enjoy writing them, both for whoever is out in the ether monitoring it, but also for myself to simply review the day and lock it in my memory. Writing it down makes it more real.