We just returned from four days of crane hunting with binoculars, scopes and cameras. The sandhill cranes are about three or four feet tall with a five or six foot span. Approximately 600,000 of them stop over for about a month on an eighty mile stretch of the Platte around Kearney, Nebraska, feeding on rodents, roots insects and seeds in the sandhill fields during the day, returning at dusk to roost on sandbars out in the Platte during the night. Right now about half of them are still there trying to add 20% to their body weight for the final stretch of their flight north, some as far as Siberia. It's not difficult to find them, they're all over the cornfields and pastures, but they are skittish and it's difficult to get close to them.
There are people gathered in Nebraska from all over the world for this show. We shared some cold morning whispers with some people toting some very serious optics and cameras.
It was a little hard to dress for the occasion as it went from a high of 85 degrees on Thursday down to 26 degrees Saturday morning. Just to add a little extra misery, the wind was blowing much of the time, gusting up to 45 mph. More later. One more checked off the old bucket list. 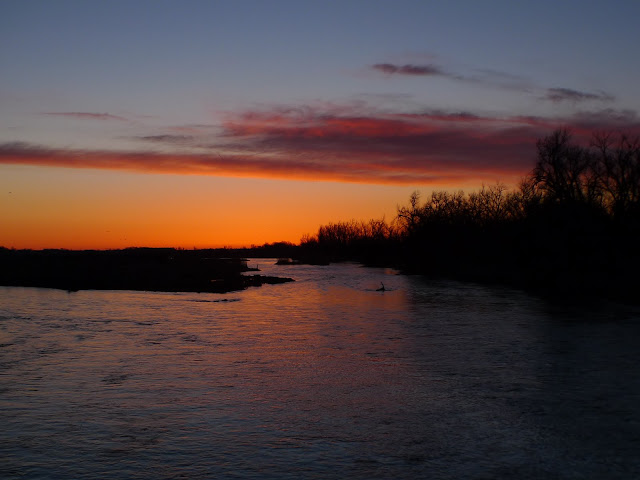 Sunrise on the Platte Good Friday 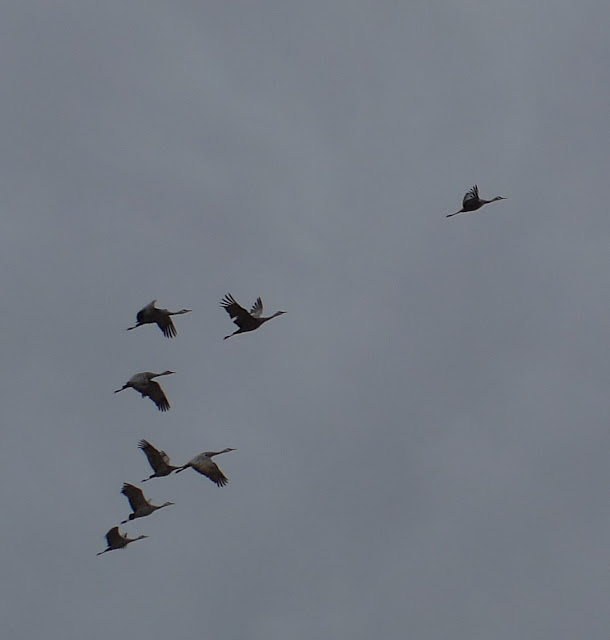 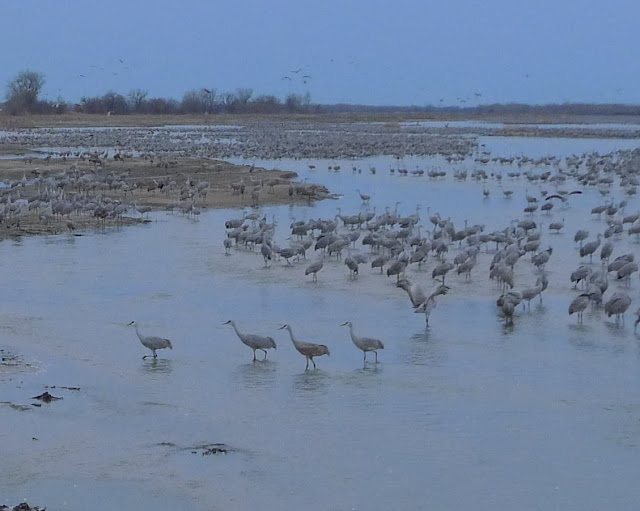 Easter Morning on the Platte

Note: I took this in the morning after we gained a few foot-candles and the birds had thinned out enough to differentiate individuals.What appears to be shoreline in the far distance are more cranes. A lot more cranes. All cronking continuously. And loudly.

Working out that new camera, I see.

Photos look great. It also looks like it was cold as shit.

I felt a little under-gunned with my wide angle toy, especially getting good flying shots. My cell mates had lens 2 feet long, the diameter of a coffee can, shooting a burst every time they pulled the trigger. Some were pros, others just people with too much money who ran into slick talking camera salesmen. Christ, you could buy a Rene Hearse camper for the cost of them babies.(Okay, I envy them a little.)

Damned cold. Only had two little thermoses (thermi?) for coffee. Better on day two after I bought some gloves, stocking cap and underwear.

I love the photos! You might make me reconsider city life!