The 1949 Tour was full of tension. The two strongest riders of the day, Geno Bartali, and the younger, Fausto Coppi were on the same team and initially the team was supporting Bartali, the previous year's winner. There were crashes, broken bikes, breakaways and injuries. Eventually Coppi won, establishing himself as Il Campionissimo, with Bartali finishing second.

For years (The Great) Aldo Ross has been collecting as much primary source material as he could, even learning French and Italian, with the intention of writing a book. After a hiatus, he is now back on the project. The photos below are his. Good job so far Aldo, now get to work, we need to read more about this. 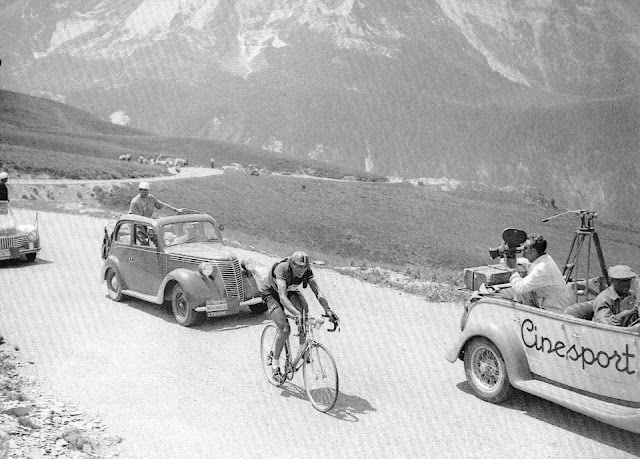 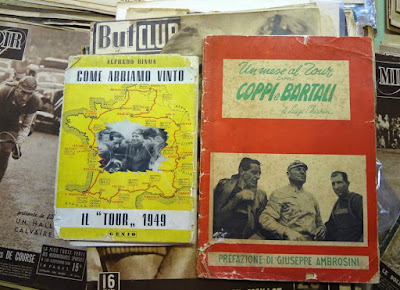 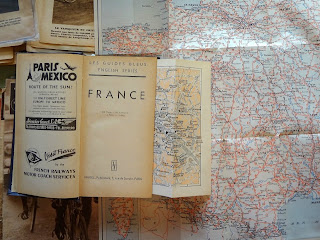 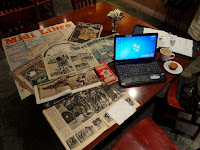 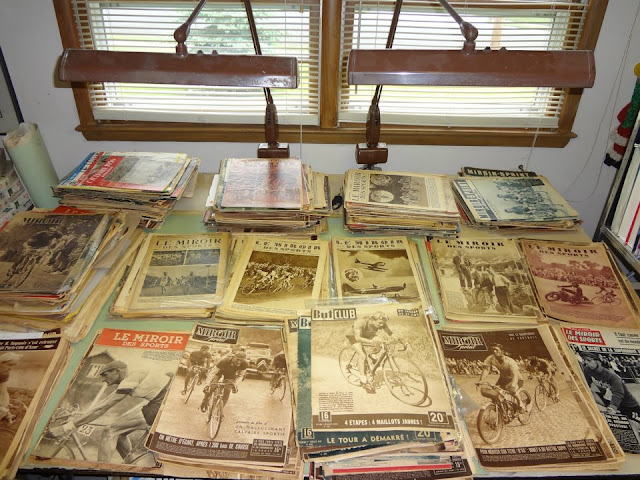 Nice period pix of a mountain stage. What can you tell us about it?

Per Aldo:
"So much going on in this photo of Fausto Coppi. Cinesport's r-h-d Bianchi automobile on the right, the movie camera and tripod in the back seat, Pinella standing in the back of the Italian national team's #2 follow car Fiat with its roll-down top (missing a hubcap), Alfredo Binda's custom follow car bringing up the rear, and no one else in sight for several minutes behind."

Someone much more talented than me could use this photo for the creation of a nice diorama.

I need to pay him a visit and share a glass or two. My collection of old source material isn't as complete, but I'm sure we have at least a bit in common!