I've been thinking about painting. Obviously I'm not driven to do it. Even though a watercolor might only take an hour, it's frustrating for me. Oils and acrylics you can work and correct. A watercolor just is. I seldom meet the standard of what Michael calls my inner critic. While I enjoy sharing it, particularly after years have lessened the pain, the idea of hanging them on my own walls is frankly creepy. I guess it's for Addy and hopefully her children some day. "Mommy, what was Grandpa like?" " Oh, I don't know, he liked bicycles and gardening, and he painted those pictures on the wall."  Maybe that's enough.
For some reason I've thinking about Anderson, potter, painter and writer, who saw small pieces of nature with such clarity, but lapsed in and out of depression and schizophrenia. I don't think I'm crazy, at least not as severely as he was, but somehow I identify with him or at least understand him. When he died he left a tiny studio crammed with paintings, drawings and writing in notebooks, scraps of wrapping paper, typewriter paper, whatever he had. I seem to recall that a lot of it was lost or damaged with the floods of Katrina. A loss. 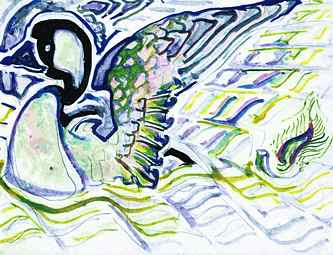 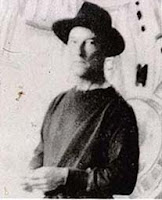 From one of the spiral bound log books he kept for himself:

“Why do I write this? I think writing has a cleansing effect, and although it is easy enough to keep the body clean, the mind seems to grow clogged.


The first poetry is always written against the wind by sailors and farmers who sing with the wind in their teeth. The second poetry is written by scholars and students, wine drinkers who have learned to know a good thing. The third poetry is sometimes never written; but when it is, it is written by those who have brought nature and art together into one thing.” 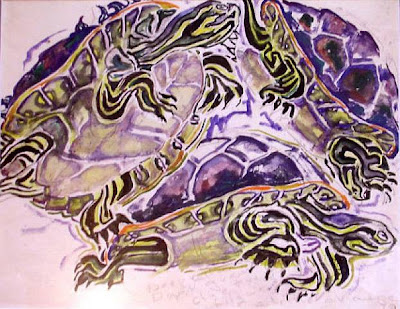 “Why do I write this? I think writing has a cleansing effect, and although it is easy enough to keep the body clean, the mind seems to grow clogged.

The writer, Julia Cameron, has a series of books that basically deal with how to "cleanse the mind" and get the creative juices flowing... The Artist's Way is one of her books. She believes in doing three handwritten pages each morning to clear ourselves of the mindless, constant, debilitating chatter that does indeed clog our minds.. she calls them The Morning Pages.

Whatever works fro you. Her philosophy seems to be that creativity is spiritual. I'm certain it is for her. I've found that it is as much discipline and hard work ... which is why I tend to avoid it.