Earlier I posted a piece about Masini and his recently requited love for the Galmozzi rooster. When it rains it pours.

Shortly after he brought home the blue Galmozzi, a nice bike that in my opinion just needed a good clean up, this Cambio Corsa equipped one showed up. This one has the added benefits of funky shifting and needing work! It has a poor repaint. An added bonus, someone looking to verify the lineage scraped the repaint off of the head, down and seat tubes, thereby absolutely requiring a new paint job and the satisfying hunt for decals it entails. So Rory, as wise husbands are wont to do, waited until his wife was out of town, and bought it.

"That old thing? I got it from some guy on the street who was just passing out old bicycles." 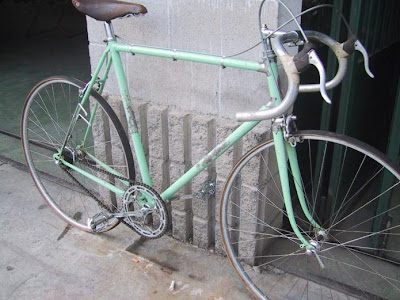 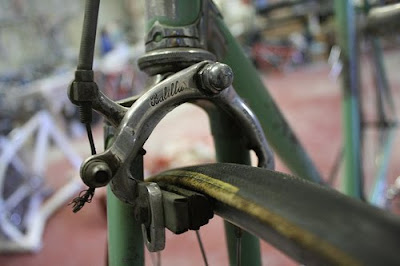 The hunt for decals turned out to be disappointingly uncomplicated, with transfers being available from Giorgio Panciroli in Italy or Greg Softly in Australia. I believe Rory was leaning toward the Australian source as it was more complete. 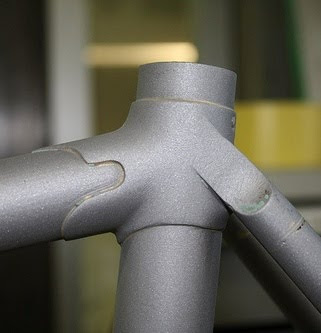 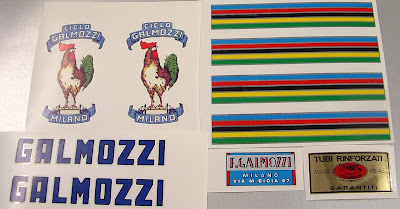 At this point the frame has been stripped of paint. I believe the new color will be champagne with red panels. In the mean time Masini is on the hunt for a Campagnolo clanger shifter and other miscellaneous period widgets.

Is Champagne and red panels an original scheme or is Rory taking legal license again?

Geez, don't hold me to that. It's what I remembered from an older email. Rory? You out there?

I think I have retract that color. I can't document it at all. I must be thinking about another build.

Those colors are for a Frejus. Did Rory buy one of those too while his wife was looking the other way?

Naw. It must be you. Are you building a Frejus? I think you are.

Champagne with white panels! Decals are ordered from Australia as of this morning.