Some back-of-napkin cyphering this evening told the grim tale; today I lost more money in the stock market slide, than our first house cost. In one day. I guess that is both bad news and, in a way, good news. A matter of perspective I guess...though I don't think I can generate enough part time money to stem that tide for long.
No comments:

"Somebody has to be tireless...
or the fast buck operators would
asphalt the entire coast, fill every
bay and slay every living thing
incapable of carrying a wallet." 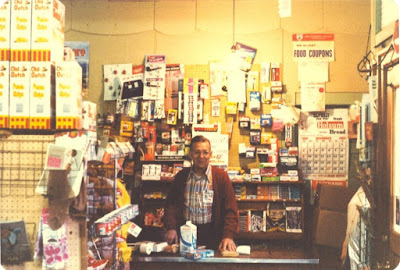 Bob Hanson was my father-in-law. He was one of the people I admired the most in this life. He was completely honest; a simple, modest man who loved his family and worked hard to provide for them. He had five children and managed to send four of them to college working long hours in a small neighborhood grocery store. Everyone loved him. Bob had NO enemies. When he retired the village had a retirement program for him. Virtually every person in town was there. People got up, one by one, and told Bob stories, they named the village park after him and the children presented him with the certificate below. I hope I am half the man he was. 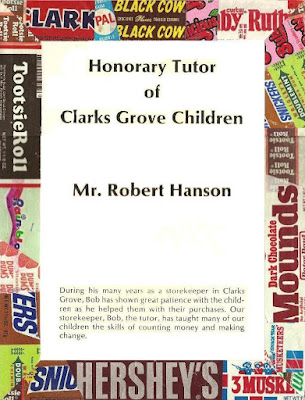 Weather Bulletin: Hell Has Frozen Over

One year ago, I retired; that is, I got fed up with the direction the ship was going, the clueless people who were at the helm, and I didn't need to work anymore. When I skipped gleefully down the sidewalk the last day, I swore I'd never set foot in that building again. I am fortunate to have some skills that people are willing to pay well for and I've worked off and on for others in the past year. Then last week my former employer called with an offer of employment. There has been a management turnover and I guess the bitter taste has faded. Today I went in and worked my first 4 hour day - a couple of months, maybe more if I'd like - not likely, but I'll keep my options open. The King has returned. 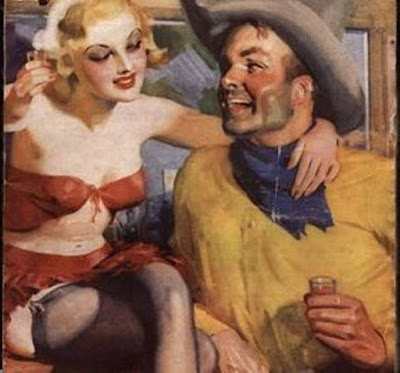 As my buddy Lyle said, "Back in the saddle again, but with fewer miles of fence to ride."
(Thanks for the pic, Rev Dick.)
No comments:

Today was the 59th Annual Oakwood Neighborhood Picnic. It was a beautiful day and the attendance and food was terrific. John Chesterman, who claims to have attended every past picnic, was absent because he and Sally were on a trip to the Galapagos, Amazon, and Machu Picu. What a sorry excuse. In their absence we resolved that the 60th would be an evening affair involving steaks on the grille and as many kegs of good beer as necessary to generate a fight. It was also resolved that all residents and former residents were to be invited - even John, who might have to temporarily check his judge's robes at the door. Looks like I'll have to stay one more year.
No comments:

The Way We Were 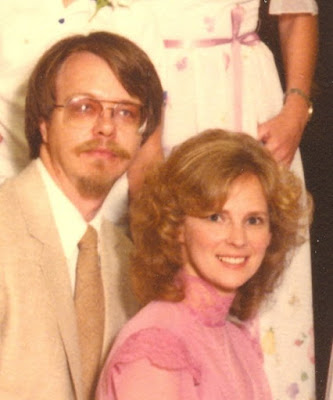 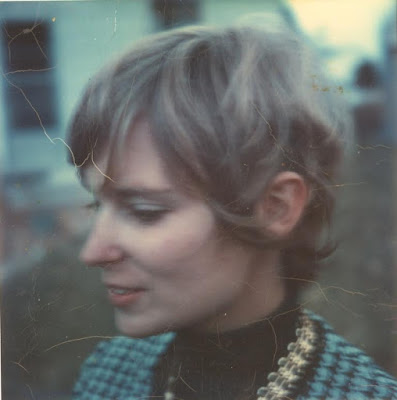 Hey look ma
here comes the elephant boy
bundled all up in his corduroy
headed down south towards Illinois
from the jungles of East St. Paul.
-John Prine 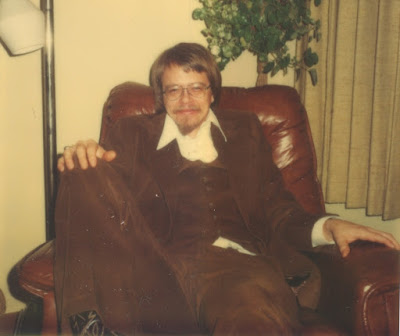 My forebearers, or why I am as suave and worldly as I am. I am particularly taken with the bright, alert look of top row, second from right. A man after my own heart. Or possibly genes? 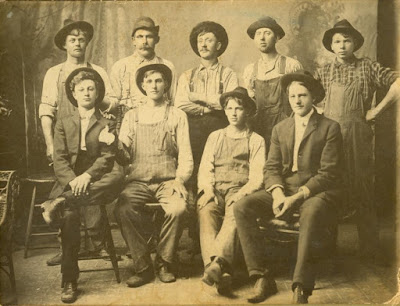 Actually this is a threshing crew, including some of Lorna's family. In a couple of generations they would spawn a generation of college professors, writers, computer programmers, and one mighty fine elementary teacher.
No comments: 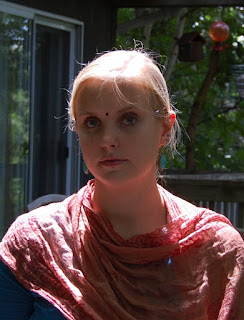 An Elitist Looks at Prejudice

With Obama knocking on the White House front door, I've been thinking more about the ignorance of racial (and gender) bias.

Years ago I had a co-worker, Darryl Pierson, who maintained that all humans were prejudice, that we were instinctively drawn to people that most closely resembled ourselves, that it was in our genetic self-interest to favor our own gene pool, and we should be taught that, so we could better understand those feelings and overcome them. At the time I thought he was just another redneck trying to justify his prejudices. Of course then I got to know him better, and met his wife and children - White, Black, Brown, Oriental, Native American, whatever. If racial prejudice is instinctive, he certainly found a way to overcome it.

I do think he helped me better understand what the guys down at the corner bar, drinking Bud Lite and watching NASCAR, are feeling.

NASCAR and light beer! - damn, there's two more bias's I have to work on.
No comments:

Today is the 39th anniversary of my marriage to Lorna Gayle. I couldn't have made it without her.
1 comment:

I never intended this blog to be political, but sometimes things happen which just push me over the edge.

This morning I stopped by the Elbow Room Cafe for breakfast, as I often do when Lorna is working. The small group of tradesmen, small business owners and retired duffers is more or less the same every morning. Usually I just sit at the counter reading the morning paper, listening, as the inane conversation crosses back and forth past me. This morning it was politics - Palin's stumble in the Gibson interview, McCain's age, Obama's gonna raise taxes, etc. Some sophisticated thoughts, most not. I had them tuned out pretty well when Dennis (last name unknown) leaned back and stated emphatically, "I usually vote Democratic, but not this year. I ain't votin' for no nigger." ...a moment of silence. I couldn't contain it. I couldn't look at him; my head still down in the Tribune, I said through my teeth, "God that's dumb. The next time you have something that stupid on your mind just keep it there." He never hesitated, never skipped a beat, "You ain't a nigger lover are you?" From someone down the counter, "Jeez, Dennis!" I paused a while, grasping for the proper response, a crusher. Finally I answered simply, "Yes". Dennis leaned back again, boasting to the world, "I just like to support my own people." Just seething, I got up and went to a corner booth to finish the business section alone.

(Lorna say's that the correct response to "...support my own people" is, "Oh, you mean dumb shits?". Yeah, but I was too mad to think clearly at the time.

I am so tired of attack commercials. Let's talk about energy - the economy, inflation, the war - all are driven by our voracious appetite for energy. And don't give me a sound bite about drilling for more oil. Let's really THINK about alternative energy and WAYS TO CURB DEMAND! Also, health care: the best they can do is propose programs to get everyone insured. Insurance isn't the question. The question is how do we contain rising health care costs, costs that will eventually consume all of our GNP.

I meet with an old friend once a week to solve the world's problems and talk about our families. He said he has decided to opt out of the health care system. At 65 years of age, he will take what fate deals him, rather than spend all the money and leave nothing to his wife and children. He is a very disciplined, very philosophical person. He is dead serious -literally. It's too bad it has to come to that.
3 comments:

I have a handful of bicycles. In my biased opinion, I think a couple of them are quite nice, others are maybe...too...ahhh...exuberant.
I obviously don't "need" another bicycle, but if one of McLean Fonvielle's incredibly elegant bicycles ever shows up for sale in my size, I will probably buy it. It doesn't seem likely, as their owners don't seem to be able to part with them. 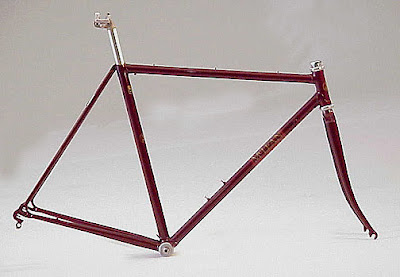 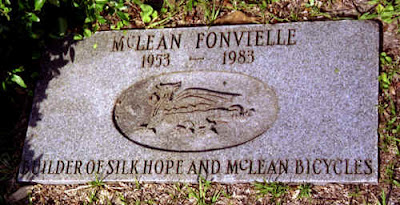 McLean Fonvielle died unexpectedly in 1983 at age 29.
No comments: