"Give me a lever and a place to stand and I will move the earth. Give me a fulcrum, and I shall move the world." - Archie Medes

A few months ago this was a weedy, overgrown slope bisected by a rotting picket fence. I been workin' on it. Some of the rocks I hauled over from Lanesboro, some were already onsite, likely transported from near Maude Koevnig's shack in Spring Valley, as all of the local rocks here are granite erratics left from the last glacier - more or less round and hard to build with without mortar. A number of the rocks I used are fairly substantial, probably weigh as much or more than I do. Keep in mind I am 71 years old, so they required more brains than brawn and some of Archie's carefully applied leverage. Still, for two or three weeks I ached continually.

Below the rocks to the south (your right) there is an existing small livestock watering tank which I had sunk halfway into the ground five years ago as my "water feature" - a bit of a sad joke. This one ain't no joke. There is a pump in the old tank which lifts the water up in a flexible pipe to the base of a large yew shrub, where it spills down a mini ravine, over a waterfall into a small pool which then drains under a large rock back into the tank - and so begins its aquatic journey once again.

The little ravine proved to be problematic. The pool has a heavy pool liner and originally the stream did too. Because of the transition to the wide, heavy rocks without real sides to hide the liner I just couldn't get it watertight. Eventually I tore it out and built a watertight channel out of concrete pavers and edgers, all neatly glued and caulked, then camouflaged as best as I could with rocks and plants. It may be a little too straight, but overall I am quite pleased with the appearance.

The pump was pushing too much water and looked like a mini Niagara, so I installed a diverter valve in the pipe to recirculate some of the water within the tank instead of pumping it up the hill. Now with a turn of a valve I can double or triple the volume. For now, this seems to be about the right scale for the little garden.

Some of the plants may look a little bedraggled right now. Keep in mind, 'tis the season to be bedraggled, and they have all been transplanted from elsewhere in the garden within the past week. I "harvested" the sheet moss from the shade on the north side of the Forsythia hedge. Eventually I hope to have a mist/drip system on the branch of the overhanging shrub and the whole section of the garden will be pretty mossy, the birds will like it, and it should help replenish the water lost to evaporation. After a year or two of tweaking and letting the plants and moss get established and growing in I think it will look relatively natural. There is a continuation of the garden toward the viewer down to the Growlery walkway, but it is hard to get far enough away from it to get a good shot. Whatever, it looks good. I think. 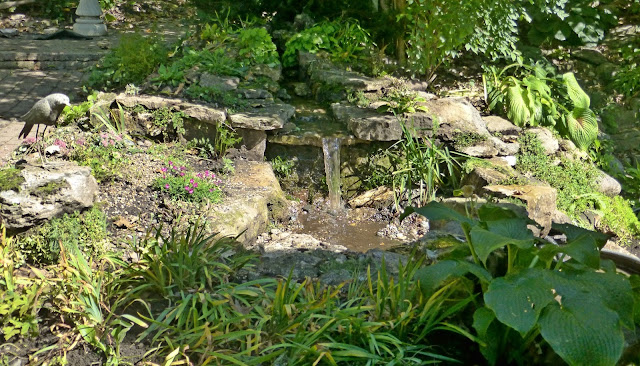 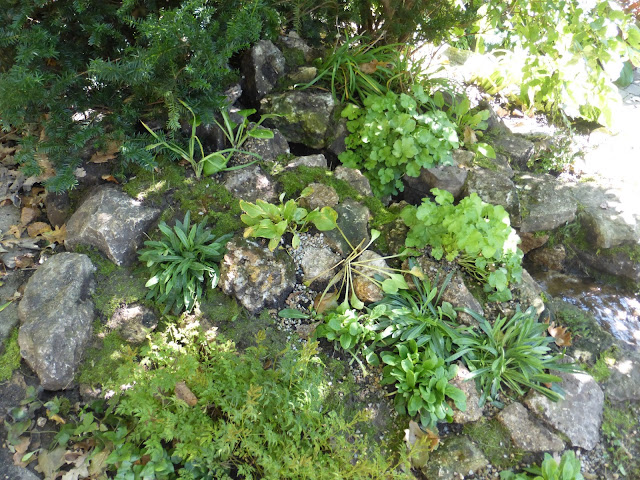 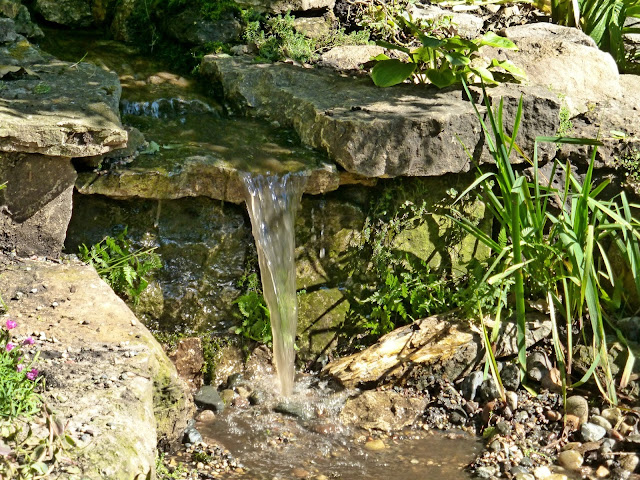 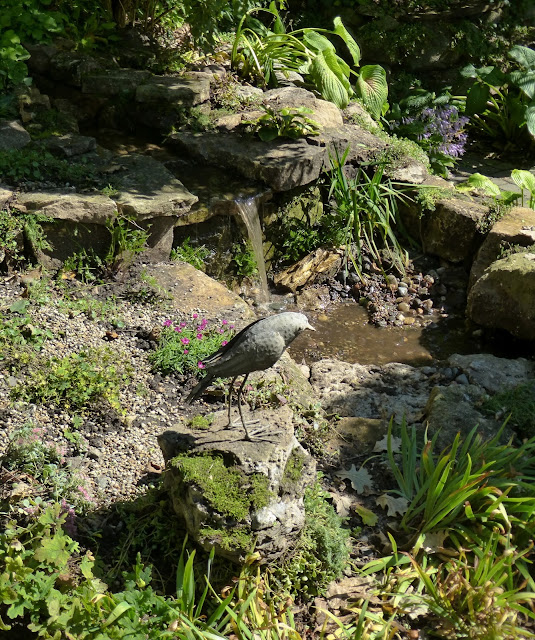