This posting is as much for me as it is for you - just so I don't forget what I need to do.

First a shot of the front garden walk to the new mailbox. 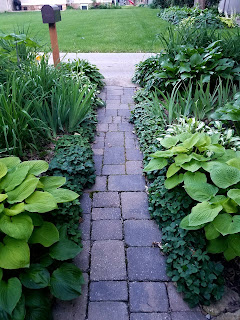 Below, the old stone steps down to the Growlery Garden. They are real ankle busters, so I may put a fence, a false gate, at the top to force people down the other entrance so I don't get my ass sued. 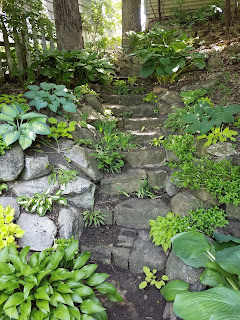 This view toward the lake was taken a week ago. The roses on the fence and the peonies are about gone now. This is a good year to cut them back to a couple of feet tall and gain control of the bramble jungle again. 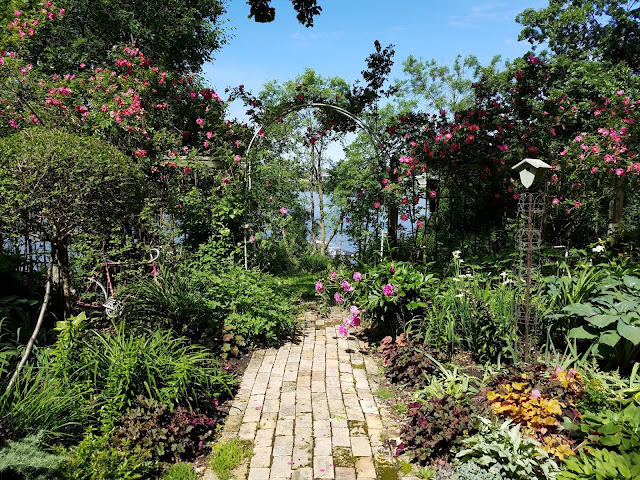 I am less and less obsessed with flowers and more with foliage color. But if I am going to have flowers, make it worthwhile - big gross peonies, hardy climbing roses with clematis crawling through them, a handful of small irises, and a shitload of modern daylilies. Well, I guess that is a lot of flowers. 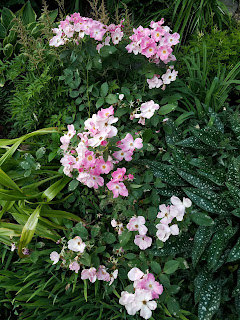 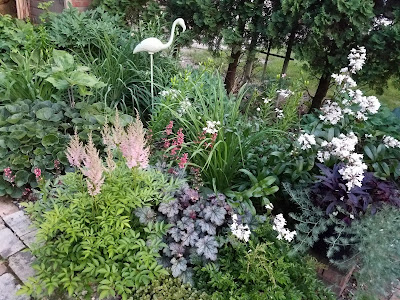 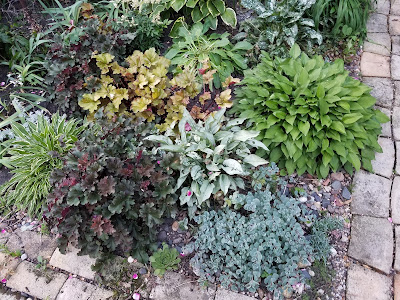 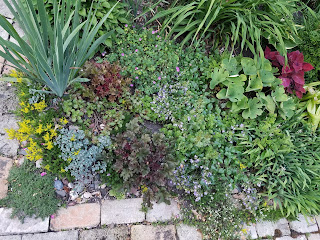 What kind of obsessive person would try to match the color of the plants to the pots? Me.  I bought the Coleus in the terra cotta pots because I thought they would look good - not flashy like most Coleus, just kinda ....pot-like. Honestly, I like them, but I'm not certain I like them with the other blue-greenness.  They are portable I suppose.

The Krossa Regal hostas in the pale green glazed pots are the plants I overwintered and then forgot in the basement. They seem to have shaken off my lapse of memory pretty well. I actually fertilized them. My soil is pretty good so I do not fertilize the plants other than a very occasional top dressing if I need to get rid of compost. Personally, except for a things that are going to live in pots, I think that feeding perennials artificial fertilizer is vastly overrated, mostly by the garden supply people. Too much fertilizer will result in a abundant of soft foliage and fewer flowers - in my opinion. My garden was originally half of a tennis court (the neighbors own the other half). The soil was a little sketchy when I started 25 or 30 years ago. I dug in sand for drainage and when I divide and move plants maybe throw a little compost in the hole if I remember to. Some years I chop up the oak leaves in the Fall and cover the garden with them. Oak leaves are supposed too acid. Maybe. Seems to work for me. 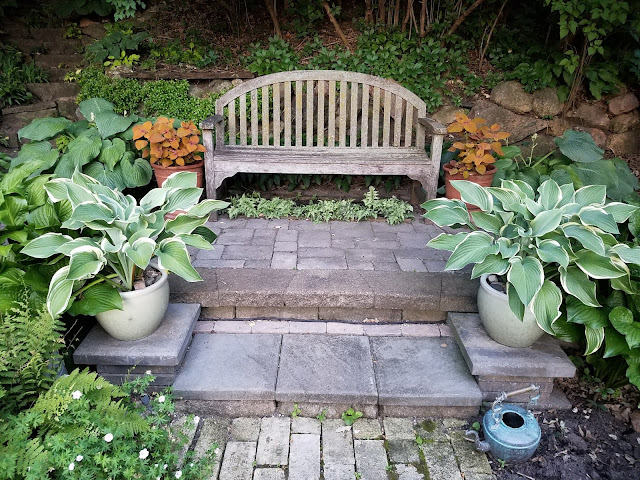 More pots, one on either side of the birdbath with the same dark blue glaze. Of course by now they have disappeared under the plants. Lorna bought the Dusty Miller plants on sale the other day, less than five bucks for two 4-packs. Next year the brick edge and the base of the birdbath will be buried under a silvery plant cloud. Also I am going to move another Husker Red penstemon (the white cloud on  the left) to the right side to balance it. I am obviously not one for rigid formality, but I like balance, especially across walkways. The plants do not have to be the same variety, but they should carry the same visual weight. 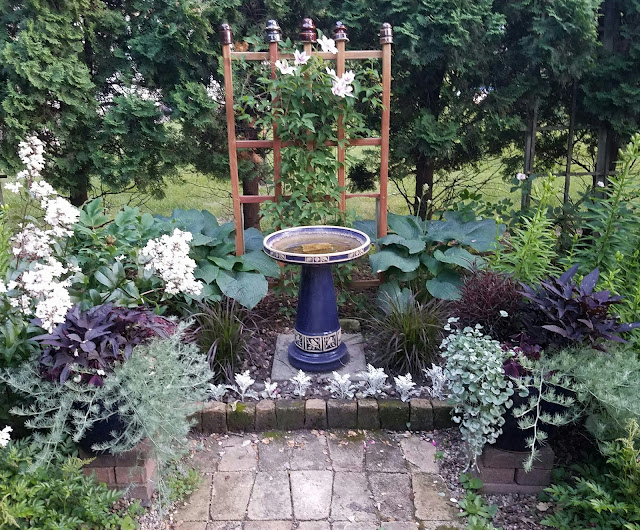 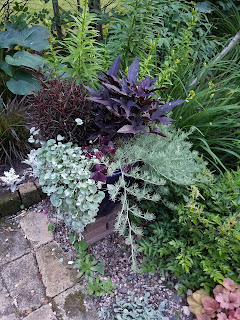 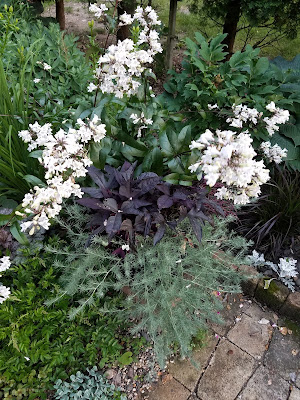 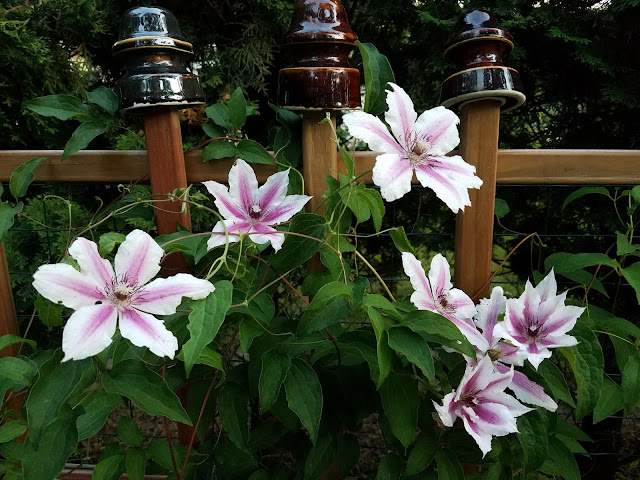 Looks like it'll be another beautiful day. Be well - Gunnar
No comments:

I should build more Wood Duck boxes. I think the primary limiter on Wood Ducks is nesting opportunities. Sometimes two pair even share boxes. "Our" Wood Ducks have hatched and gone, but the Nelsons around the corner recently put up a new box with a camera.

This exceptionally rare bicycle was for sale on eBay for less than a day. Bicycles are meant to be ridden; how does an obviously well ridden one survive for 65 years?  Whoever made it it is a jewel.

Following is the eBay description:


1940s Campagnolo Cambio-Corsa race bike badged "M. Bonvicini." 57cm square: 57cm c-c seat-tube; 57cm c-c top-tube; 59cm to the very top of the seat-tube to the point below the seat-tube-clamp for the seat-post. Three notable things about this bike.

First it is, as far as I can tell from my reasonably long experience with Cambio bikes, it's completely original in every way except for the following: rims, tires, spokes; it has new cloth bar-tape and reproduction brake-lever hoods. That's it though. Everything else? Fully original.

Second, the frame shows many sweet details including the dark-green panels, the lovely head-badge and the chrome ends and lugs with pinstriping throughout still intact. The chrome is in miraculously excellent condition. Someone took good care of this bike. Note also the very cool spring-loaded top-pump-peg, I've never seen one before. Also note the pump is painted to match the bike, from the period.

Third, this bike was shown recently in the Concours at Eroica California and won 2nd Place in the Pre-1950 Category. 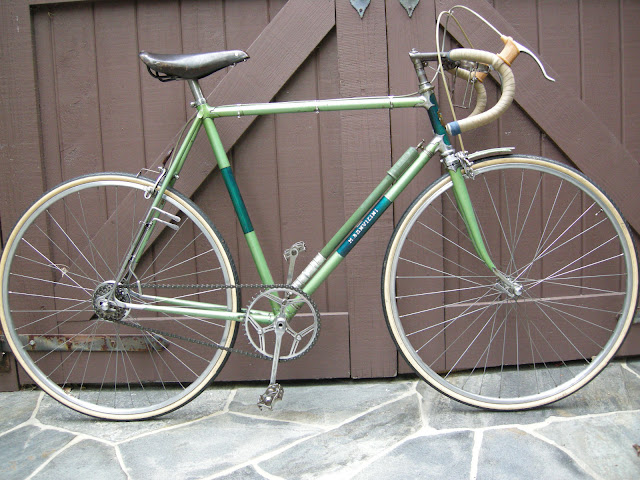 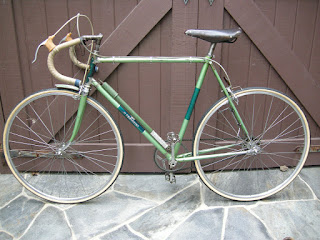 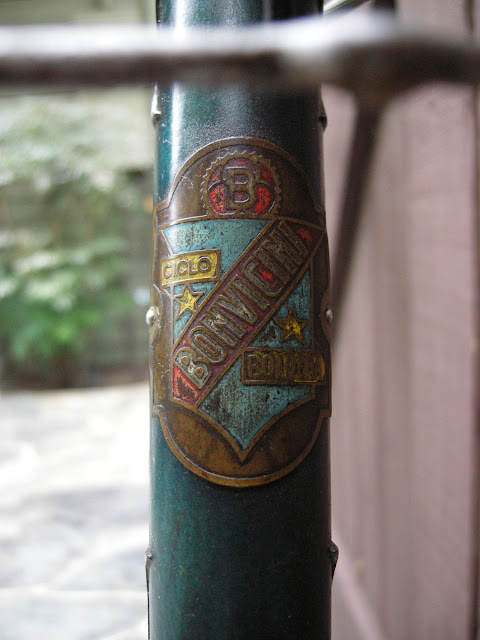 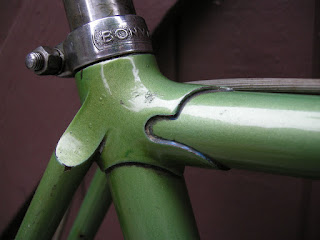 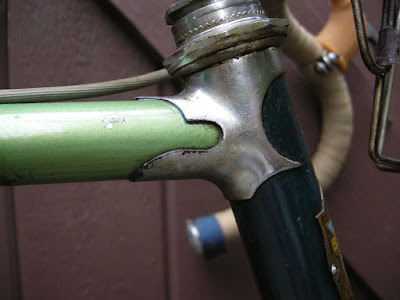 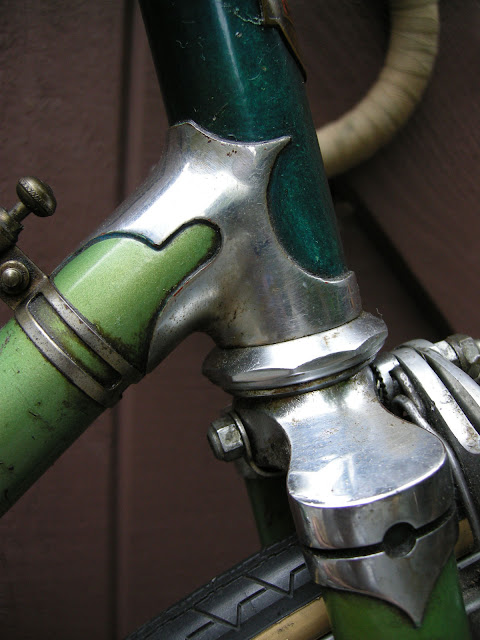 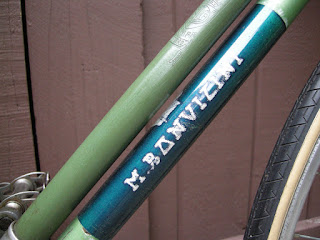 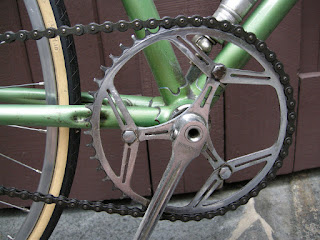 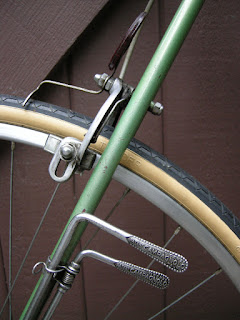 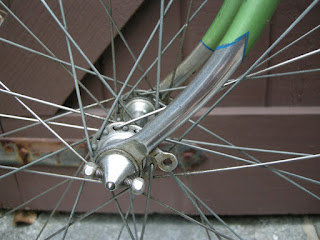 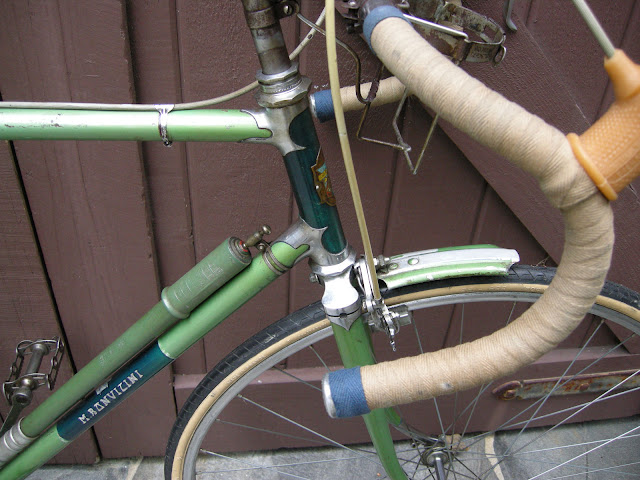 The reason the eBay listing is no longer valid is that the bicycle now belongs to me. - Gunnar
8 comments: