In Norse mythology Heimdall, watchman of the gods, dwelt at the entry to Asgard. He required less sleep than a bird, could see 100 leagues and hear grass growing in the meadows. Heimdall kept the ringing horn Gjallarhorn which could be heard throughout heaven, earth, and the lower world to summon the gods when their enemies approached.

Over the ages, one by one, the old gods eventually retired to the south of France. Heimdall fell on hard times, eventually retiring beside the spring which is the source of the mighty Oakwood Rivulet, where he landed a job as a watchman protecting 1410 from all evil. 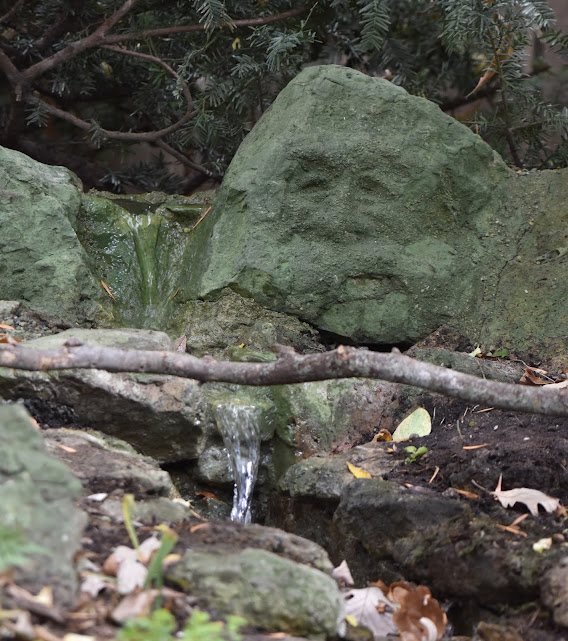 (Heimdall's face is a bit distorted. His boulder had a natural "face" which only I seemed to see, so I just liberated him a little. In most sunlight he is not visible.)
- Gunnar
2 comments: