This was a former nursey and small bedroom between our (also small) bedroom, and the kitchen. It was added onto the original cabin about a hundred years ago; apparently the first of five small one room additions.
We put lot of time and effort into returning it to this condition. 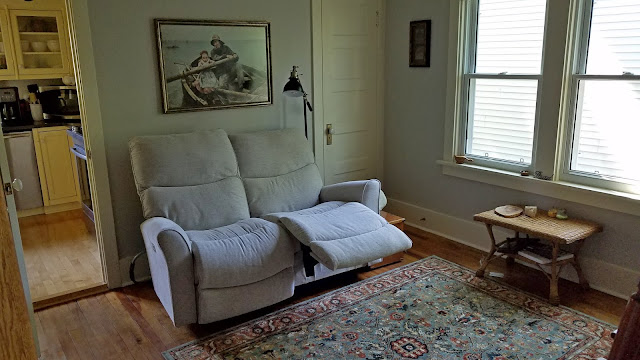 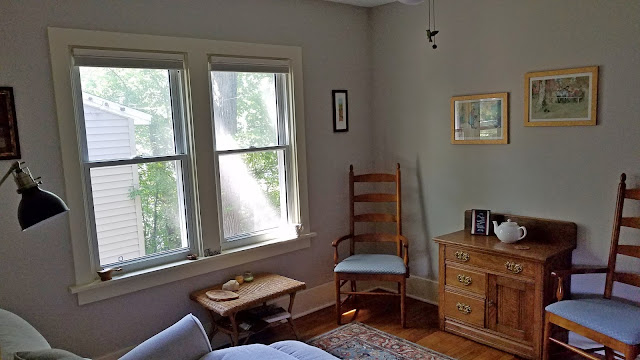 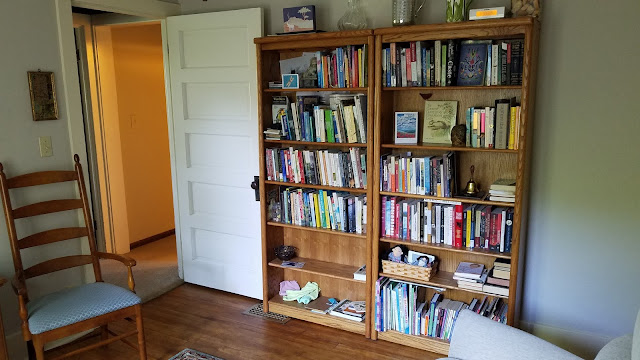 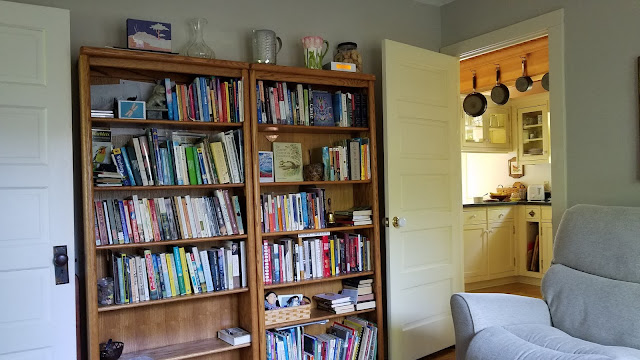 Yoga, reading, napping, dancing for joy -  I hope she will enjoy her retreat for many years.
- Gunnar
No comments: 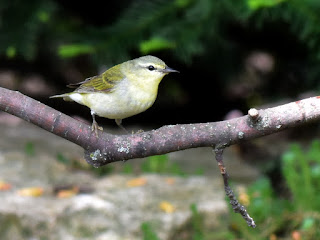 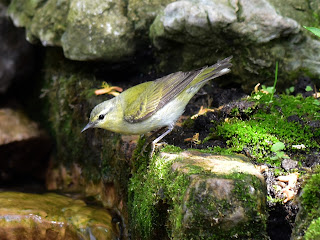 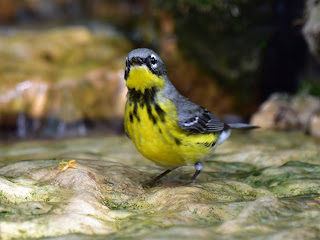 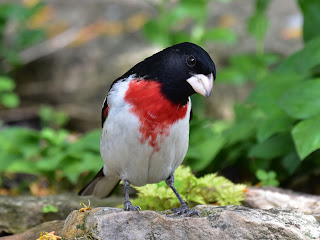 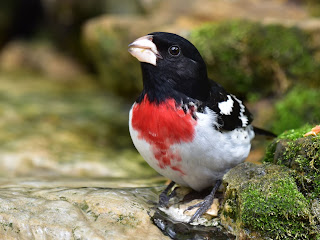 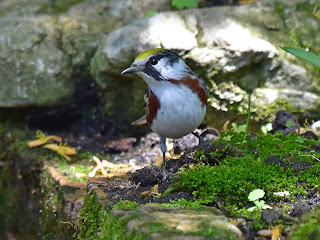 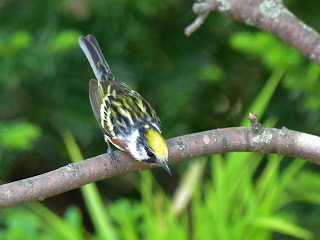 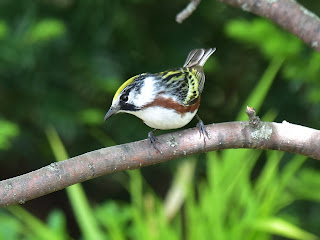 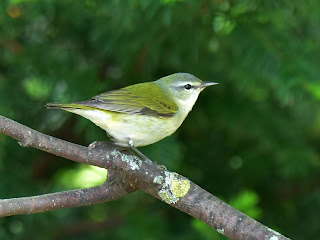 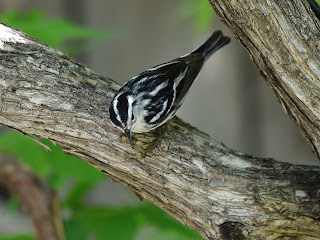 "One of the many fascinating sidelights of the Hiss case was how this rare bird became one of the more enduring symbols of Cold War treachery. It happened before H.U.A.C. in August 1948, when Hiss’s answer to a question about whether he had ever seen a Prothonotary Warbler convinced many people that Hiss was lying about his relationship with Whittaker Chambers.
How well had the two men known each other? Hiss, in his book, In the Court of Public Opinion, maintained that as an avid bird watcher he would have told even casual acquaintances about his rare sighting of a Prothonotary Warbler.

McDowell underscored Hiss’s contention during the televised confrontation between Hiss and Chambers on August 25, when he said, “I would like to point out Mr. Chairman….that….to discover a rare bird or an unusual bird or identify a bird that many other people have seen is a great discovery in the life of an amateur ornithologist. You can usually recall almost everything around it. It is like winning the ball game or the yacht regatta. You can recall the time of day, how high the sun was, and all the other things.”

On 5-10-2021 we I.D.'d our 31st backyard Warbler species, a male Prothonotary Warbler. Photos really do not do justice to this bird. Nevertheless, here are my photos, proof in case I am ever called before a H.U.A.C. 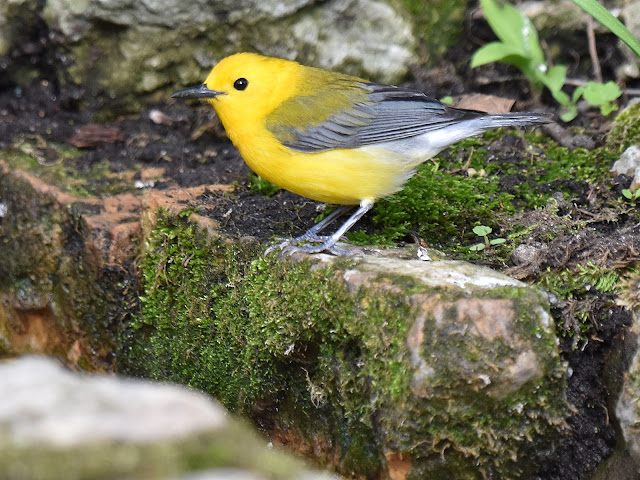 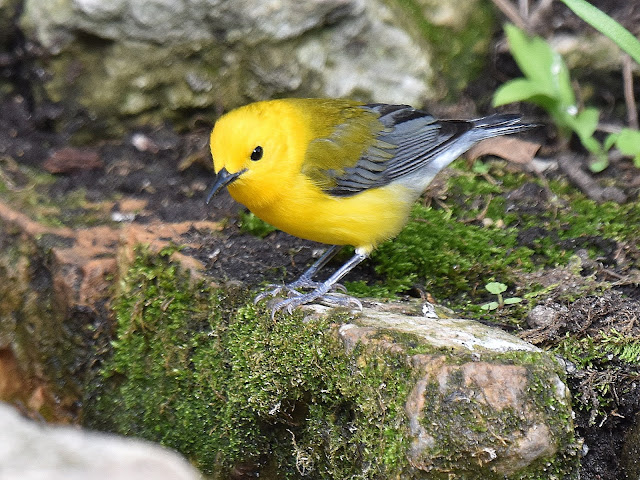 "History — ALAN was founded in 1972 by Falconi Lodovico, an engineer who had worked for bicycle manufacturer Torpado. The name ALAN comes from the first two letters of the Lodovico's children, Alberto and Annamaria. It was the first company to introduce an all aluminum bicycle frame made from aerospace grade aluminum."
(ALAN was also the first company to make a carbon-fiber frame.)

I have been playing with this early 1970s ALAN bicycle for a while. This bike doesn't know what it wants to be - a road bike? track bike? hipster city bike? It is as the Brits would say, a bit of a "dog's breakfast" of parts. A little of this and a little of that. I bought it as a frame, fork, headset and seatpost, and pretty much built it up with what I had on hand, primarily 1970s vintage components plus some gold anodized titanium bolts and pedals from our friends in China, and ALAN "stickers" from England.

My game was to try to build up as light a rideable bicycle as I could without breaking the bank. Gears? Derailleurs? Rear brakes? All unnecessary excess weight ;-).  I ended up at 17.54 pounds including the water bottle, which I couldn't resist because I had the uber cool lightweight ALE bottle cage. I suppose I could reduce the weight with a titanium bottom bracket and and a lighter crankset set, but at some point we start talking about real money - probably more additional money than I have invested in total, which doesn't seem to make sense. 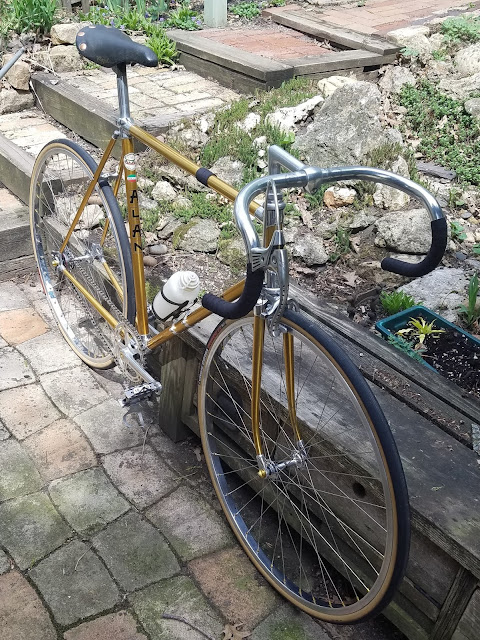 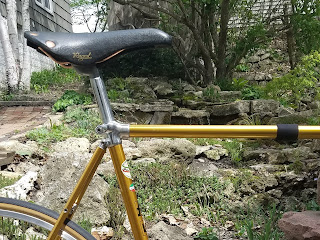 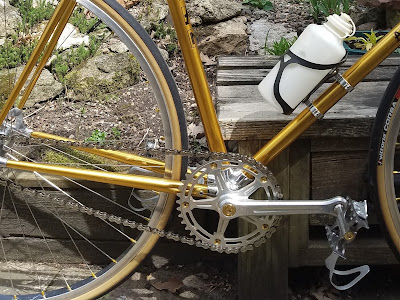 And a shout-out thank you to my friend Dan Lestrud who (as always) built my wheelset - turning some aluminum hoops, hubs, a pile of stiff wires and fidgety fasteners into wheels that run straight and true virtually forever.
- Gunnar
1 comment:

This room is 100 years old, a single room addition to the original even older 12' x 16' lake cottage. It was my daughter's bedroom when she was young, then an office and piano room. When we began the rehab it had originally been wallpapered, including the ceiling - layers of painted wallpaper over cracked 'plaster over lath' with 100 past picture nail holes. In the 30+ years we have lived here the floors were unfinished, raw or covered with rugs. Except for the modern window inserts all the wood is original. 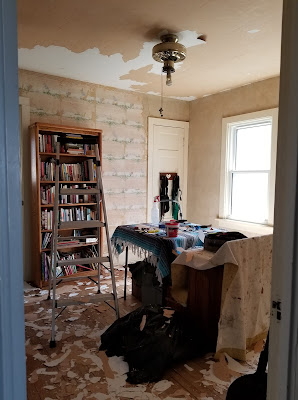 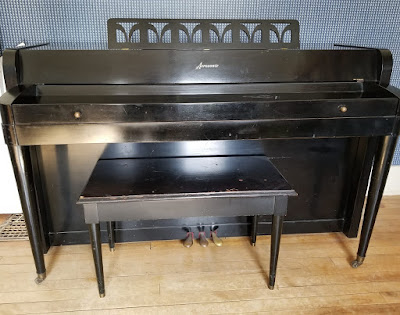 I did the more basic work (with help from John Rust on the cracked plaster), filling, sanding, caulking. Lorna had spent hours stripping wallpaper and after did all the taping and painting. The wood trim is close to the original color and the wall paint is an approximate match to the old gray plaster walls - because after she spent a hundred hours stripping layers of wallpaper she liked the look.
Sanded the maple floor, and filled and sanded, and filled. And sanded. Of course over time the boards have shrunk so I filled the gaps, first trying to match the wood which did not look right. So I scraped all that filler out and refilled with a couple of tries of dark filler, sanded again and lightly stained it all before applying multiple coats of Danish oil. It is better than I could have hoped, but still has character, patina ... and the scratches and gouges of a hundred years of use. 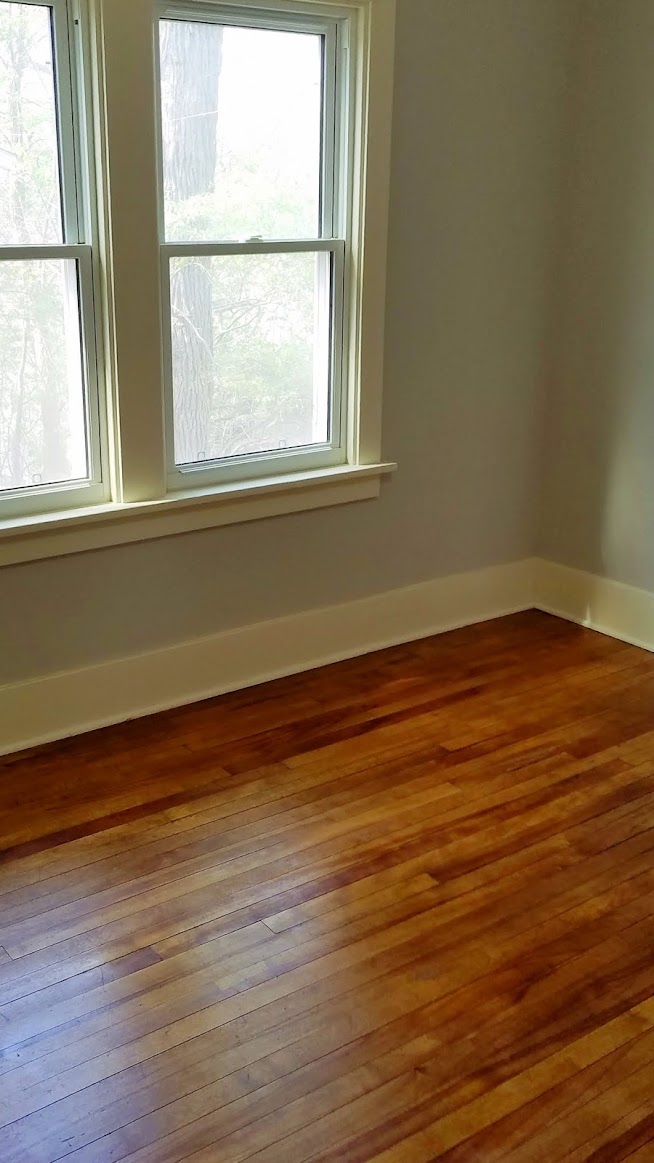 Next, move the bookcases back, take delivery of furniture tomorrow and purchase a center rug.