(and one black Gray Squirrel). A few shots of birds feeding in one of our Serviceberry trees this afternoon. 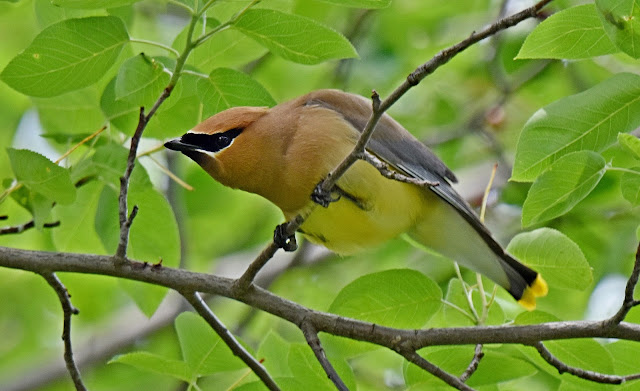 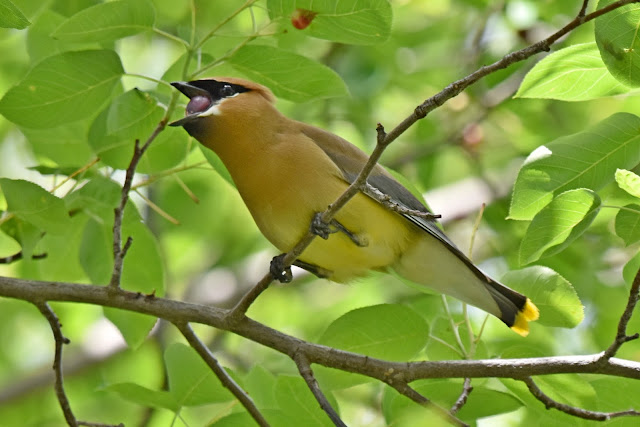 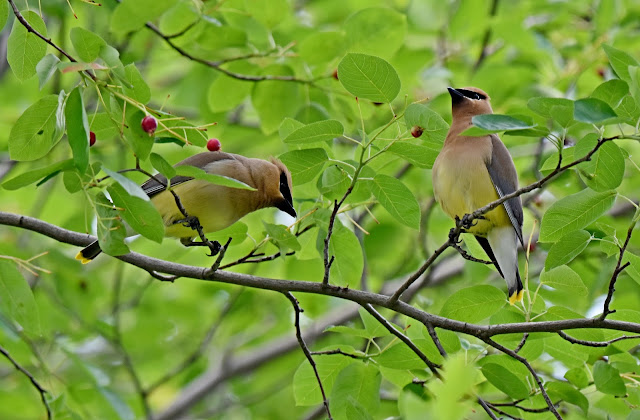 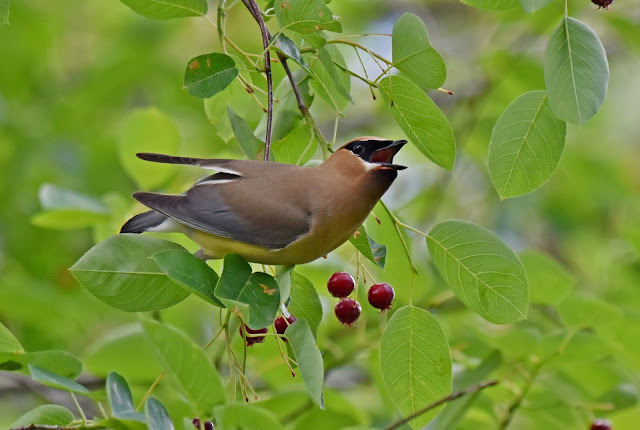 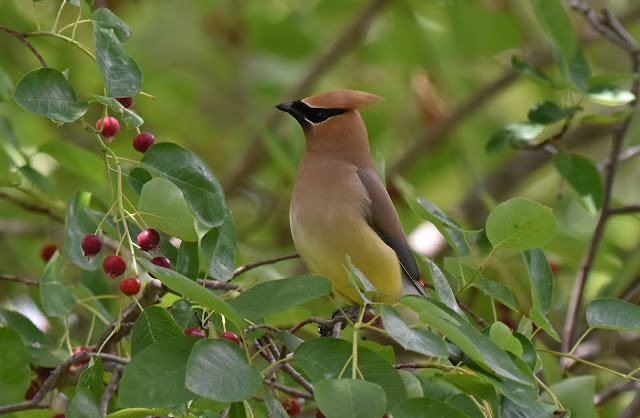 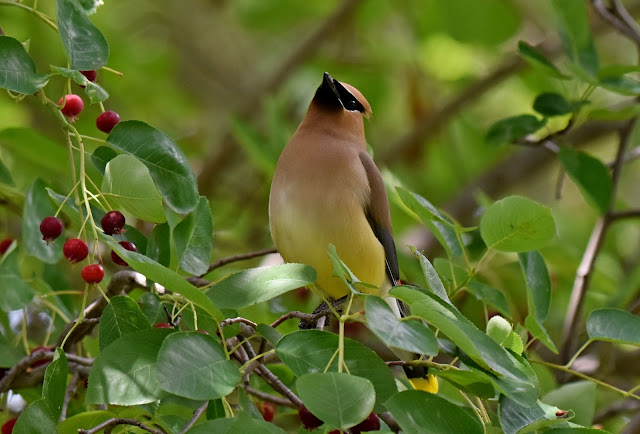 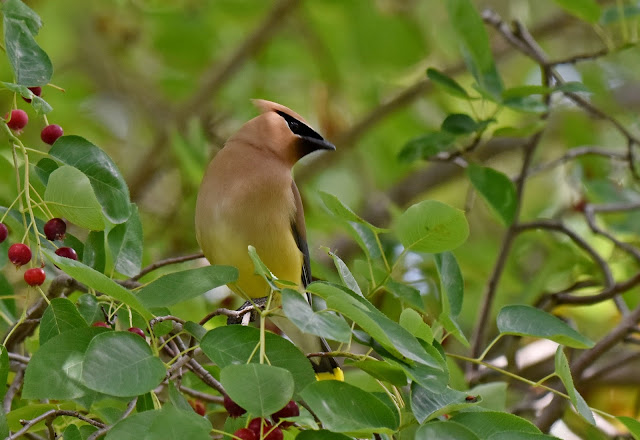 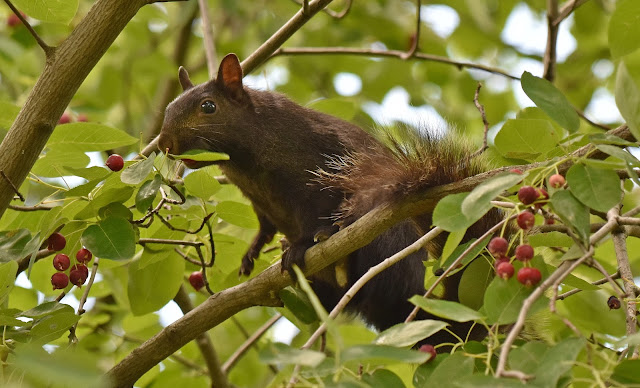 A beautiful afternoon, - Gunnar
No comments: 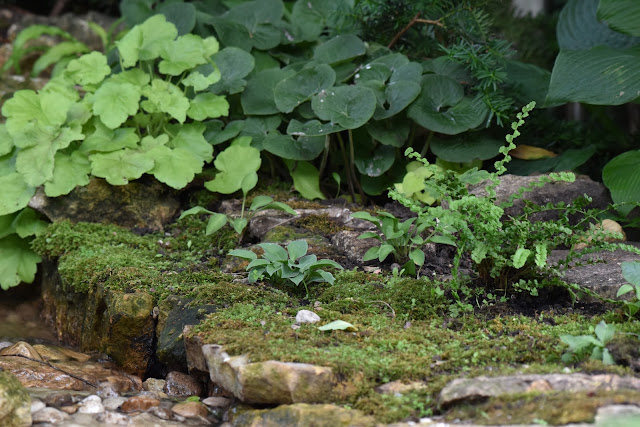 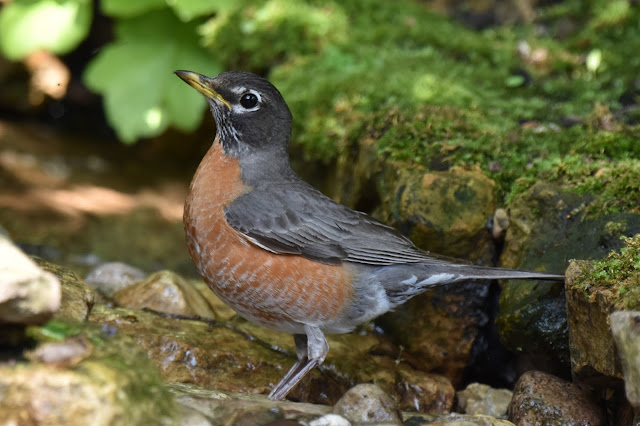 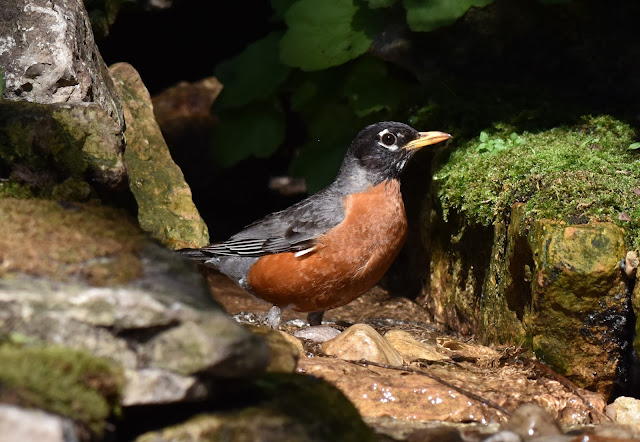 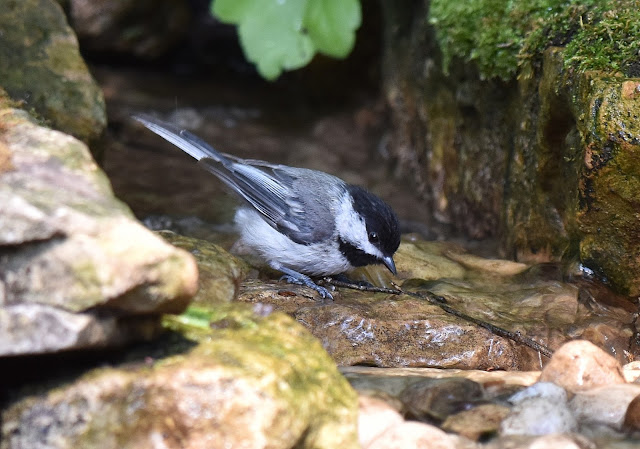 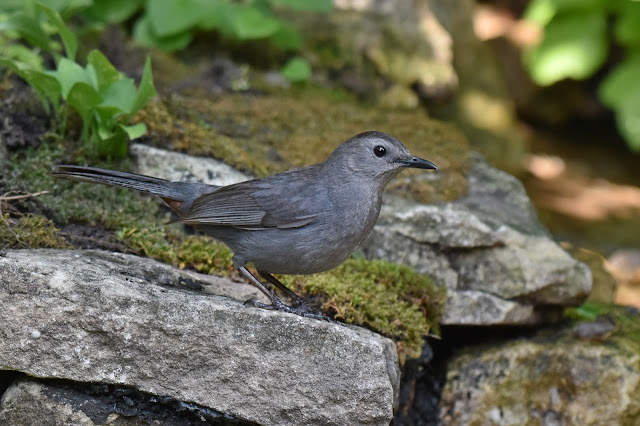 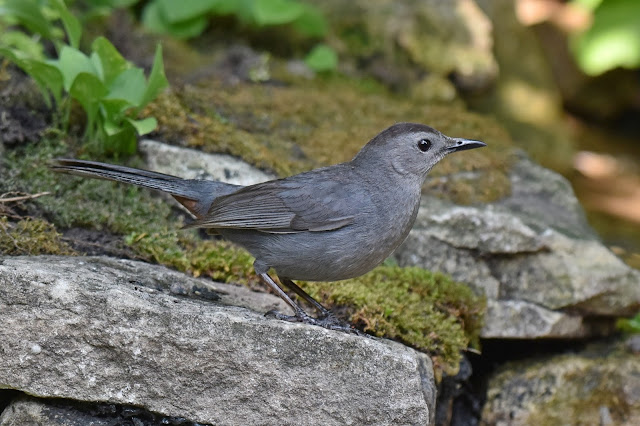 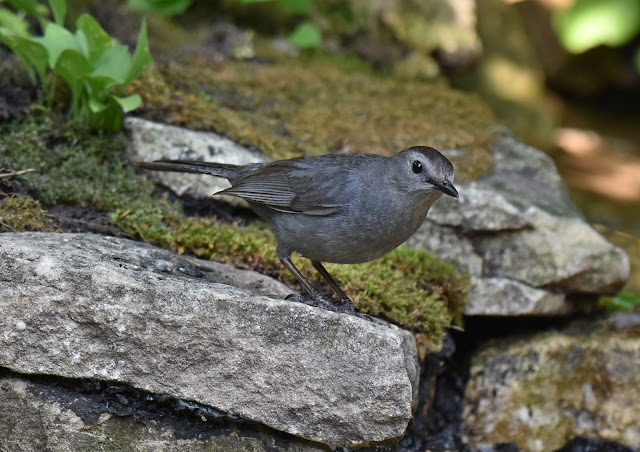 This is a backyard bird that has been hiding from my camera all Spring - which is a bit irritating because it likely grew up in a nest right outside the Growlery window a couple of years ago. It can be spooky shy, but today it stepped forward, sucked up its courage, stepped out and presented itself to my camera. Thank you, 1410 Catbird. And an in-the-bushes "meow" to you too. 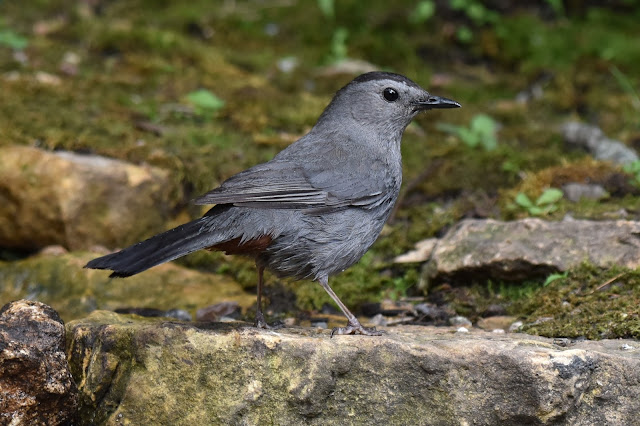 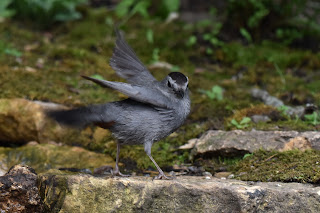 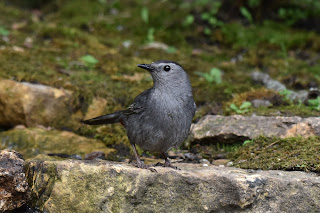 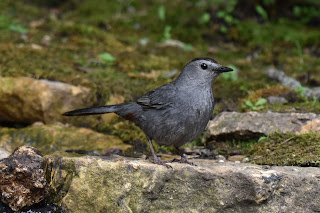 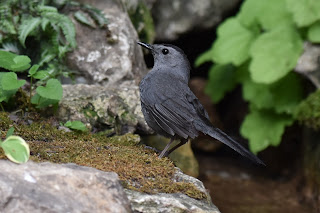 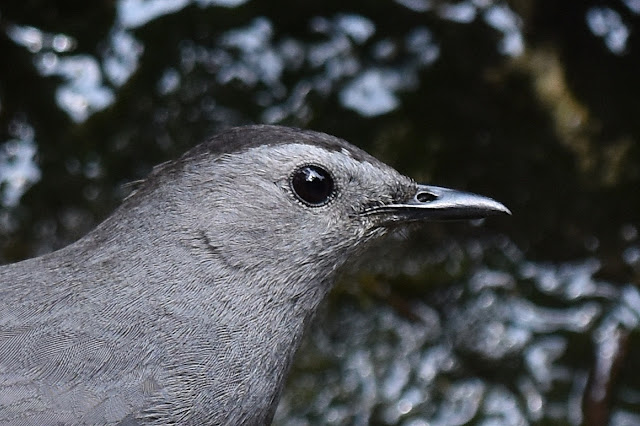 For Butch:
I tried taking a video of the water like you did of your pool, but it was impossible; so here are a handful of sequence stills.

This began twenty years ago with a small galvanized "cow tank" to which I added a small pump and fountain, mostly for the birds. Over time rocks were stacked and plants were added. Now tank is behind a row of hostas. The back half of the tank is under rocks and some creeping plants; the front of the top is an access to a pump and filter.  Eventually I think I can completely conceal the tank. 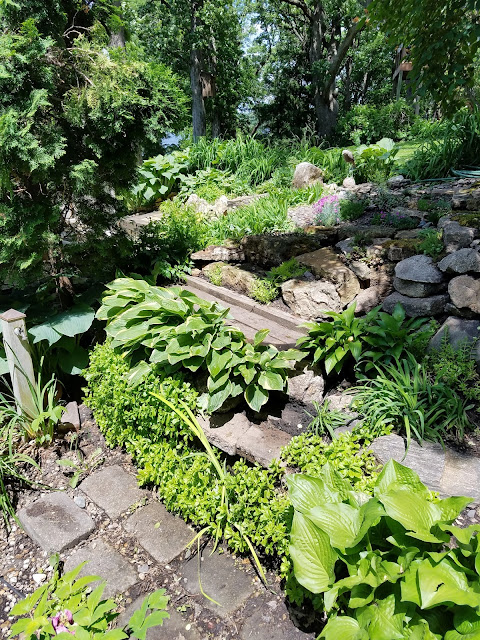 The pump pushes water  up the hill in a concealed hose and accesses the rock garden "spring" under a a fairly large Creeping Yew. 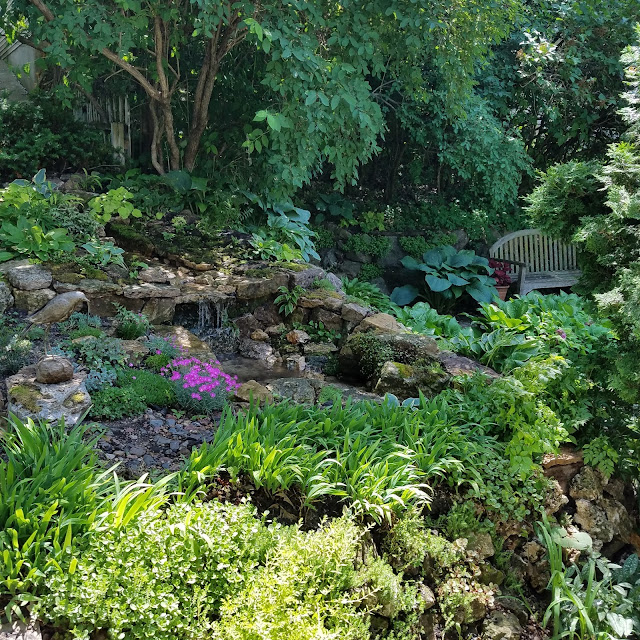 It flows out of a mini grotto, down a shallow stream birdbath ... 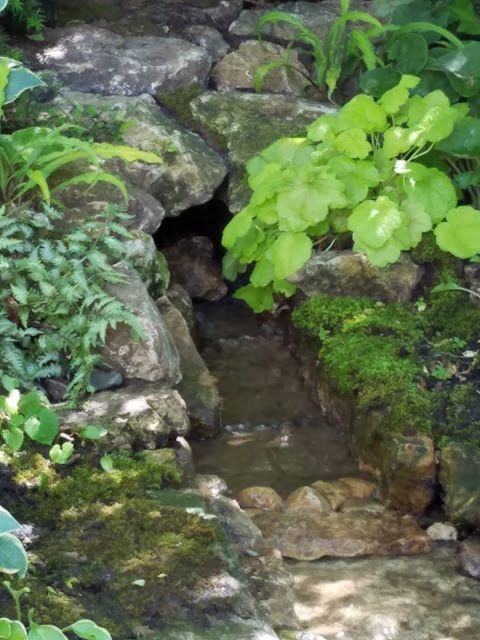 and spills over a tiny waterfall .... 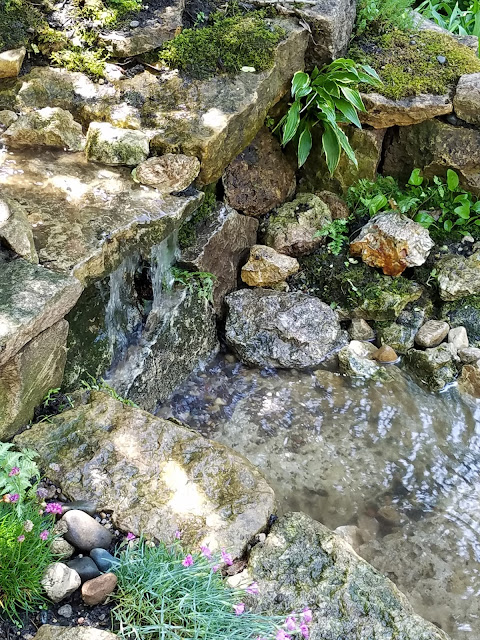 ... into a sunken pool, over a piece of petrified wood into a lower pool under the rocks that spills down into the tank. 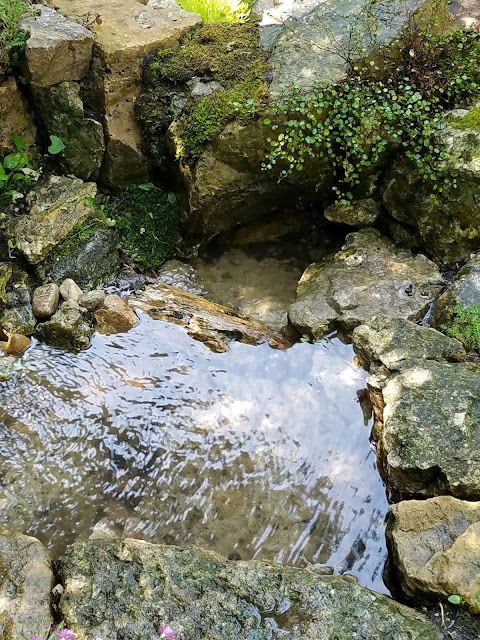