There are realistically three Warblers that nest in the area, the American Redstart, Common Yellowthroat and the Yellow Warbler. They all nest in the local parks - Brian Plath estimates a hundred Yellows at Big Island State Park and nice numbers of Redstarts. So why not in our 1410 Oakwood yard? Why? Why? This late afternoon this male Yellow Warbler showed up at our water feature- Oakwood Creek. 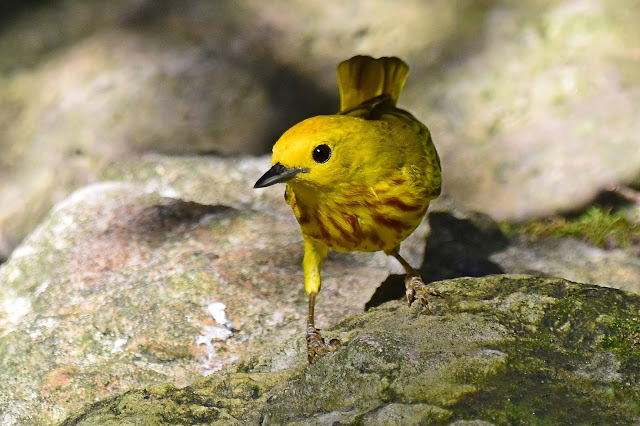 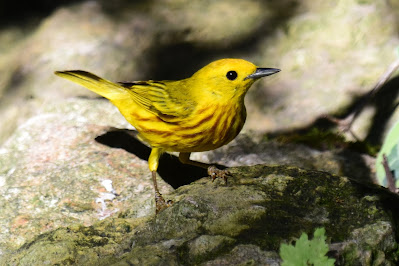 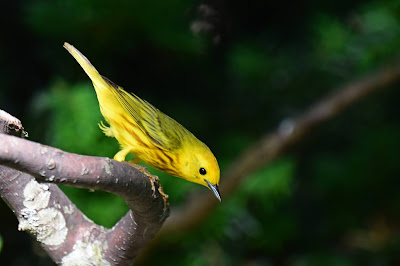 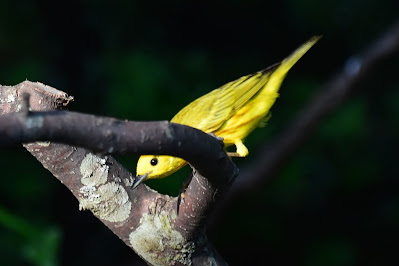 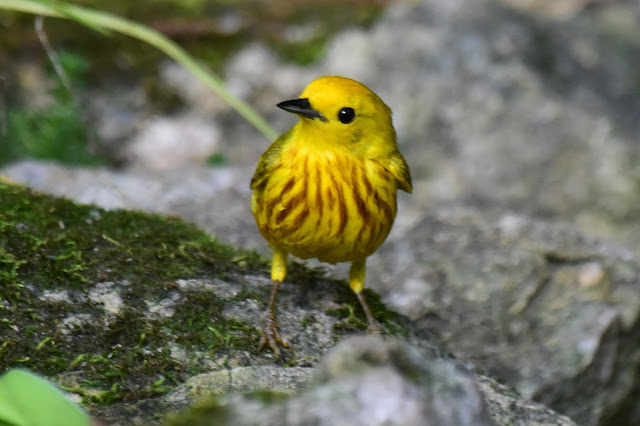 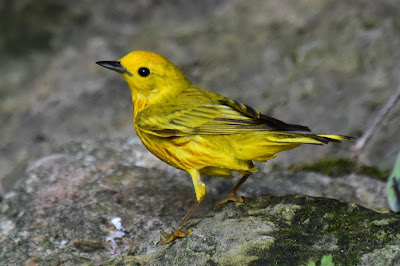 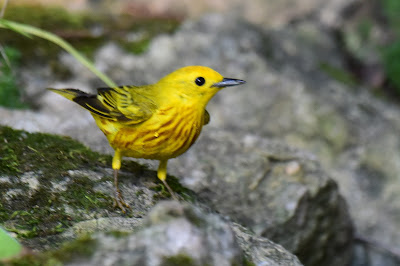 I assume his mate is on their nest somewhere. We will see as the season goes on. Stay tuned.
- Gunnar
1 comment: 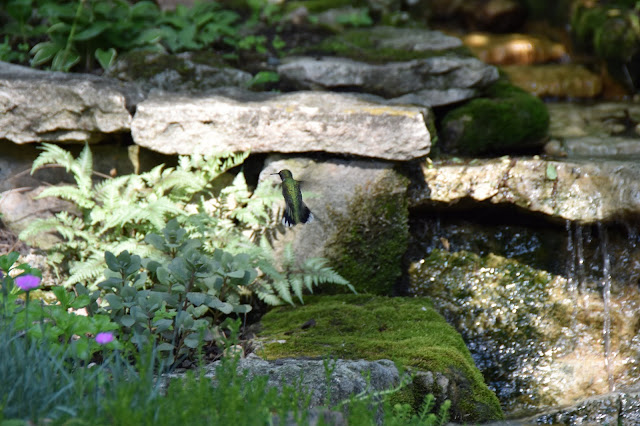 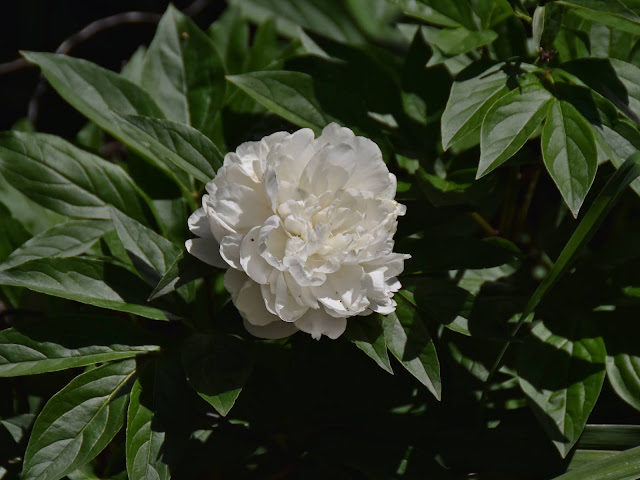 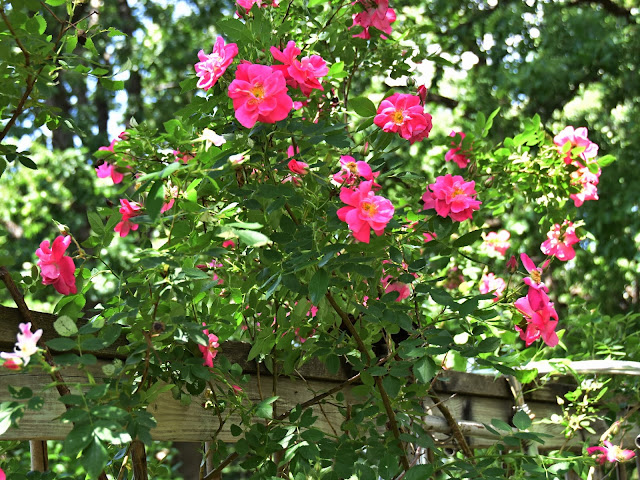 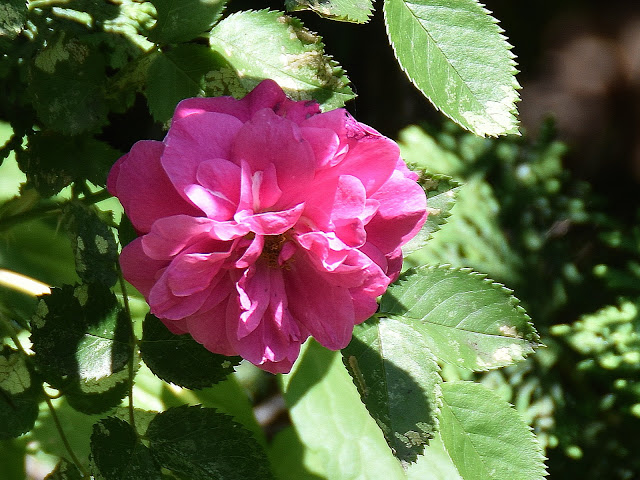 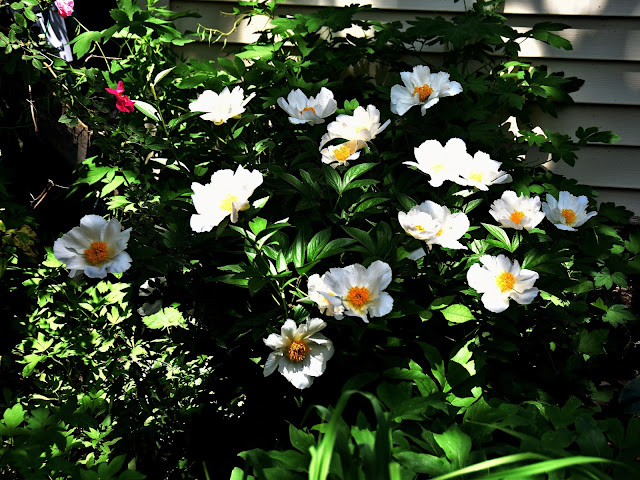 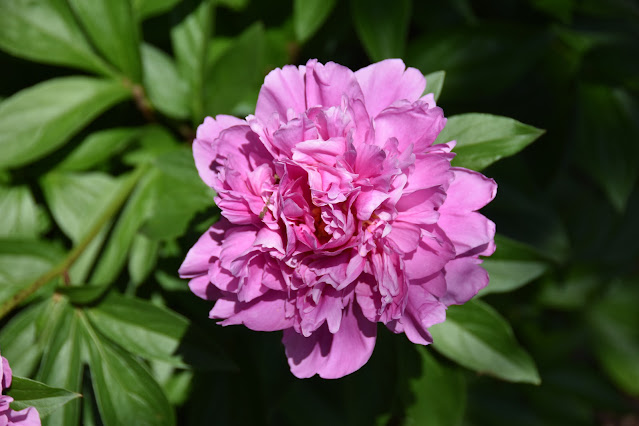 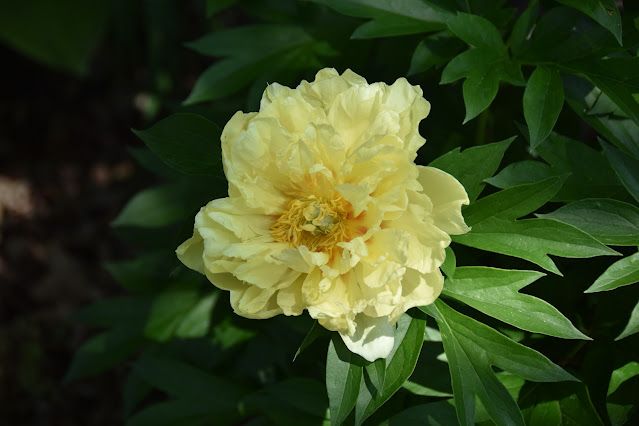 I purchased this frame cheap - less than the cost of shipping it. At the time I was not particularly interested in mixtes, but it was 531 built by Ron Cooper, a legendary frame builder. I built it up with a bunch of miscellaneous components I had on hand - some vintage, some newish (Velocity rims, Paul seat post, etc).

Then I broke my shoulder rather badly. The Mayo surgeon told me it was inoperable - to suck it up and quite whining. Suddenly I became much more interested in mixte bicycles.

Brown bicycles are dull and boring, eh? Whatever, Jeff Bock laid on the paint and did the lug lining. Cody Davis made the fenders, the Hershberger family made the baskets some years ago. Chris Kulczycki had someone make a couple of aluminum chainguards a decade ago. I cobbled together a 5-speed freewheel with a huge rear cog and I had to convert the old Campagnolo Nouvo Record derailleur to long cage to get enough chain wrap. I mounted the chainring on the backside of the TA arms to get clearance for the chainguard and had to chop the hell out of the guard to clear the chain.
The paint on the chainguard, frame pump and water bottle is "rattle can" -  aluminum primer and espresso that doesn't match the frame exactly, but close enough for a rider.

I took these photos this morning, violating proper bicycle photo etiquette (soft lighting, smooth concrete and non-descript background). But I do not live like that; I live in a vintage brick paved, over-grown, visually stimulating world ... so that's what you get. 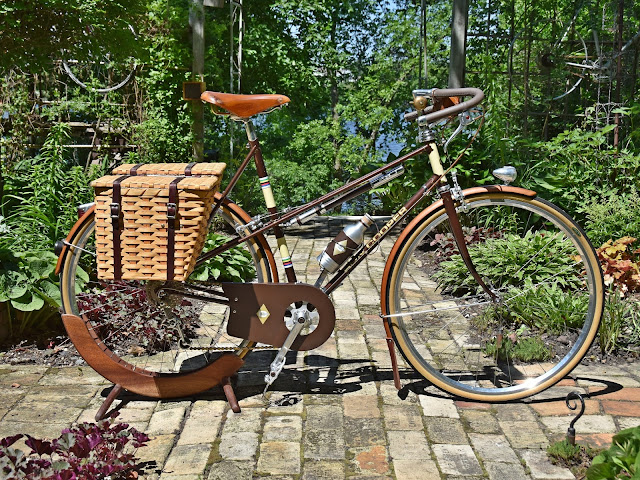 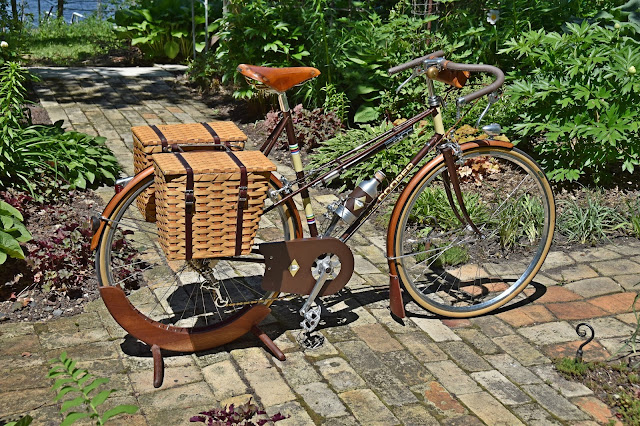 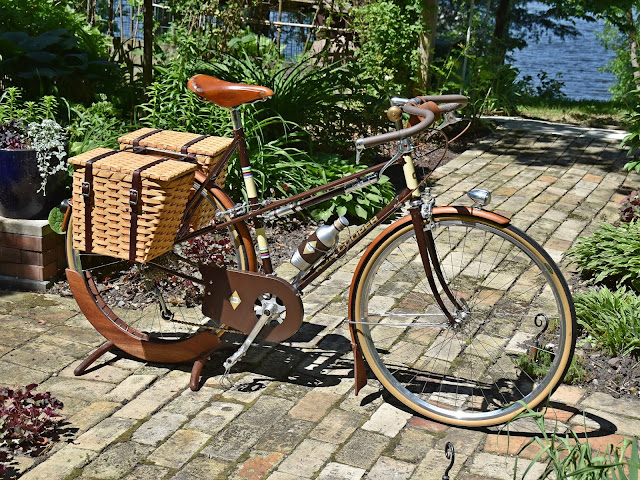