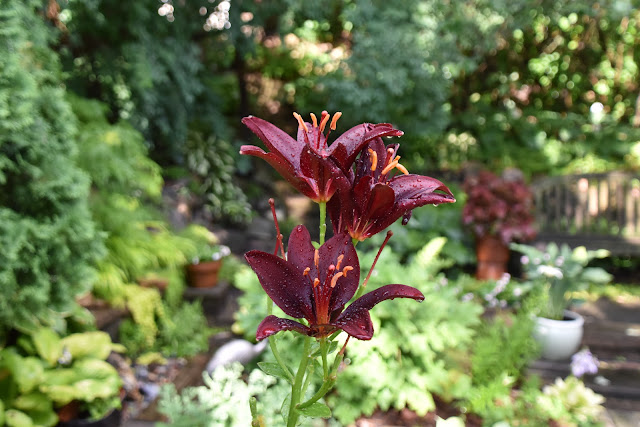 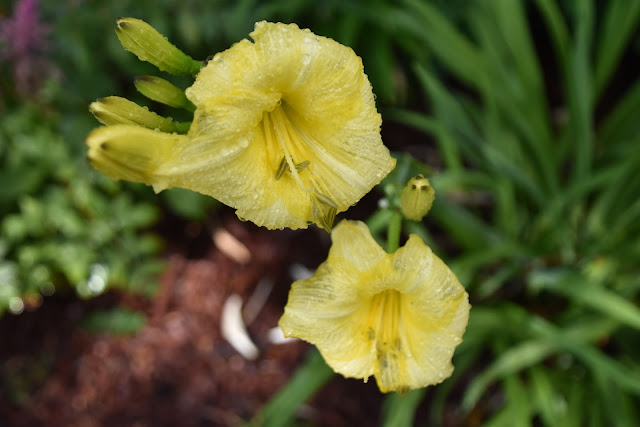 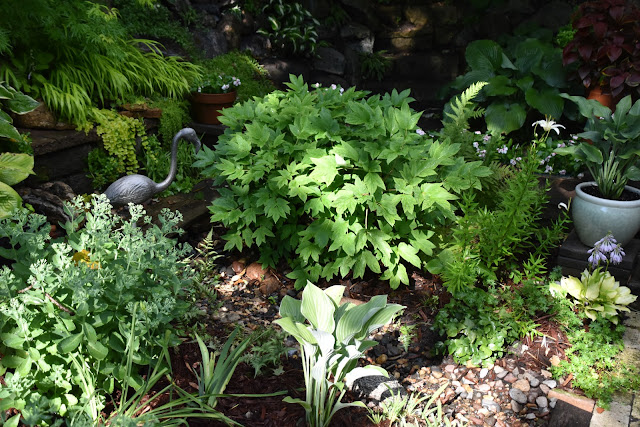 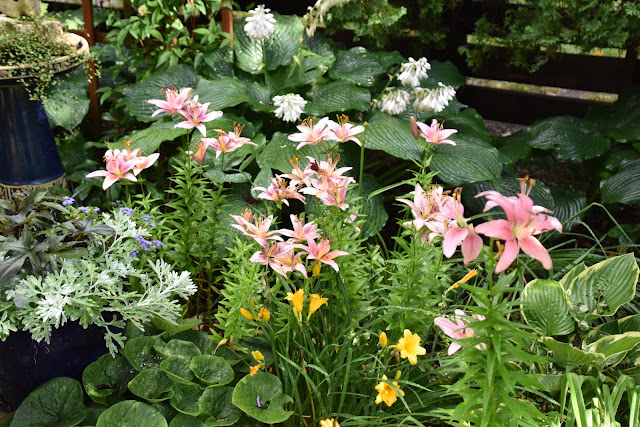 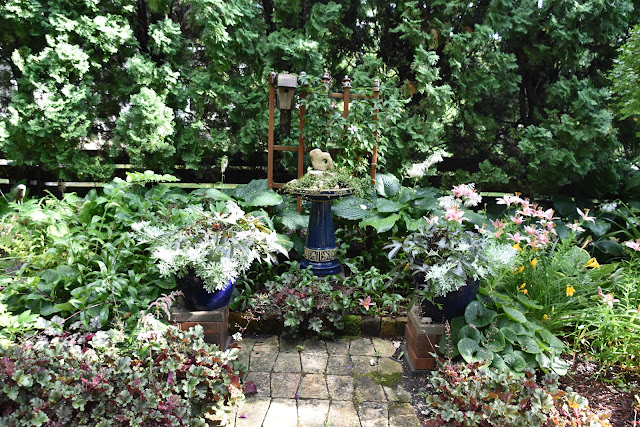 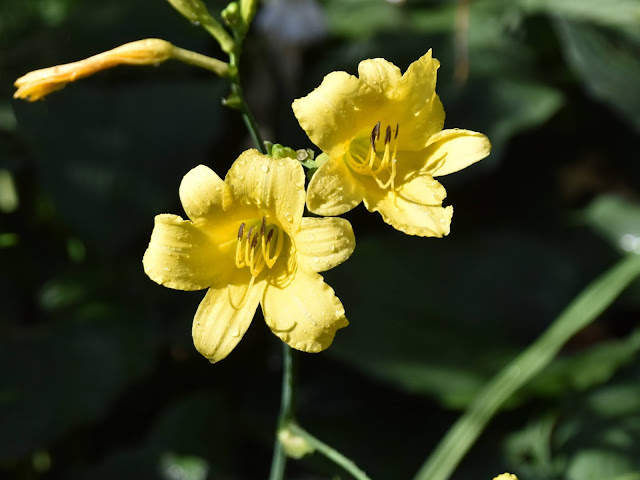 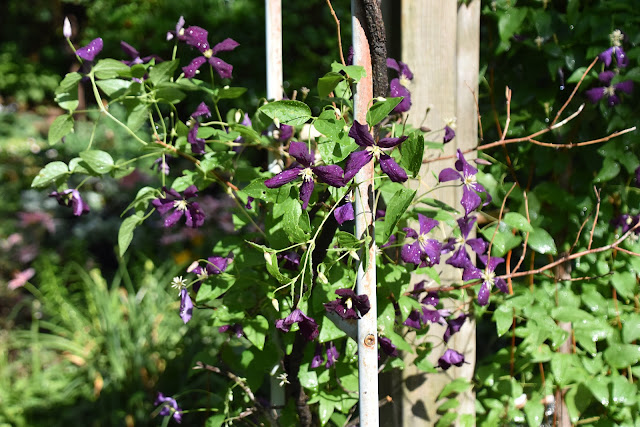 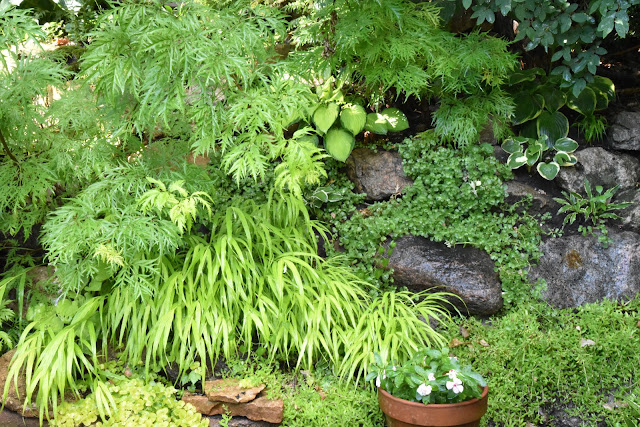 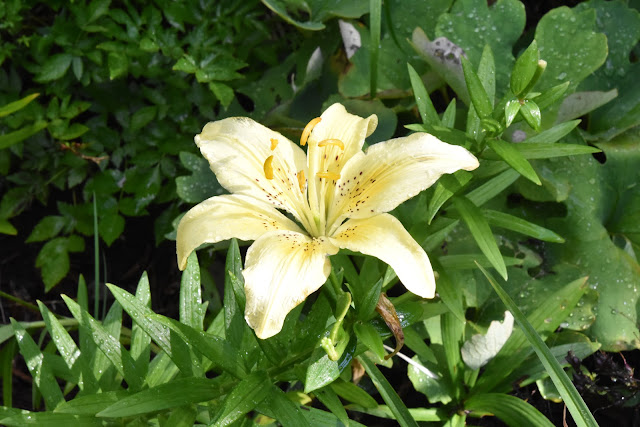 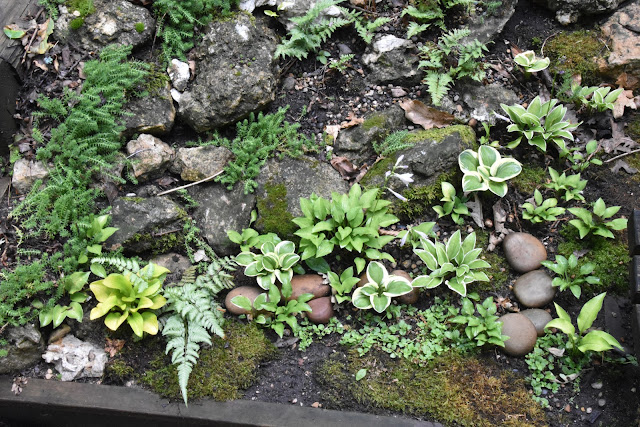 Oakwood is a round peninsula, about 40 wooded acres, with 42 houses encircling a park. It is quite "birdy", at least here around 1410. For the past few years we have had a breeding pair of Barred Owls. These were hatched in a nest in neighbor's tree on the east side and after fledging have drifted over here to the more wooded west side.

Two days ago it was in the 90s and the owls discovered the little pool in our water feature. These photos were taken by both Lorna and me. I was trapped with owls between me and my camera in the Growlery, The bathing photos and most of the tree photos Lorna's.  A big thanks!

Lorna also took a series of photos of one tearing apart a kill and eating it in midday. It was overhead on a large limb so it was difficult to see what it was, but appeared to be fairly large. 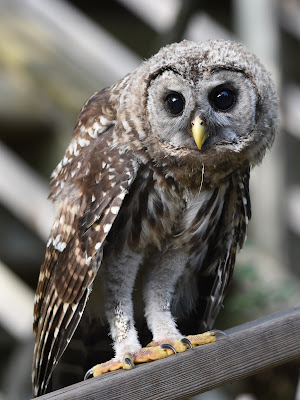 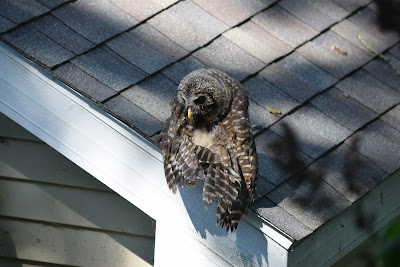 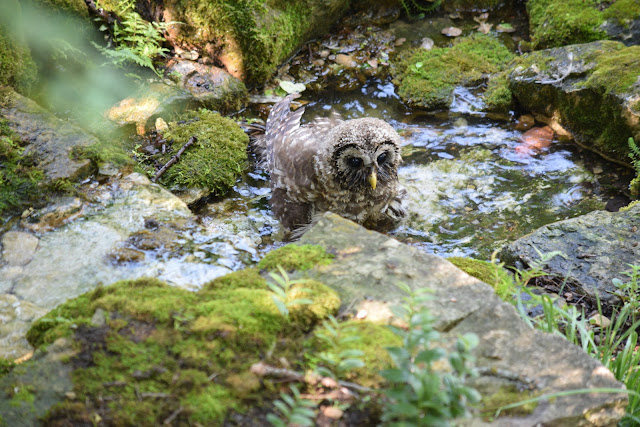 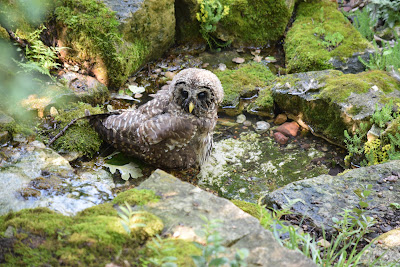 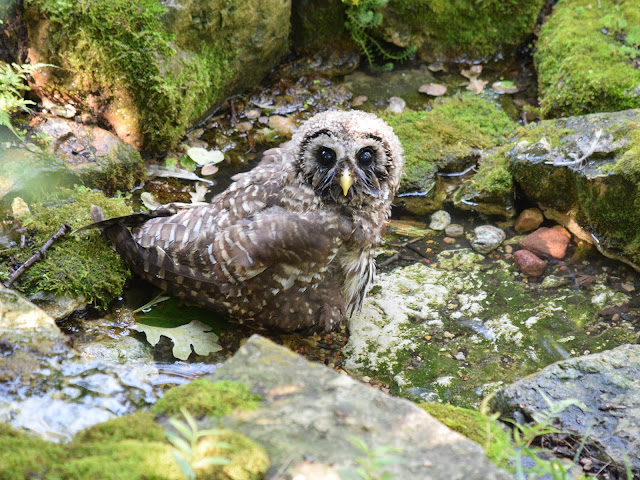 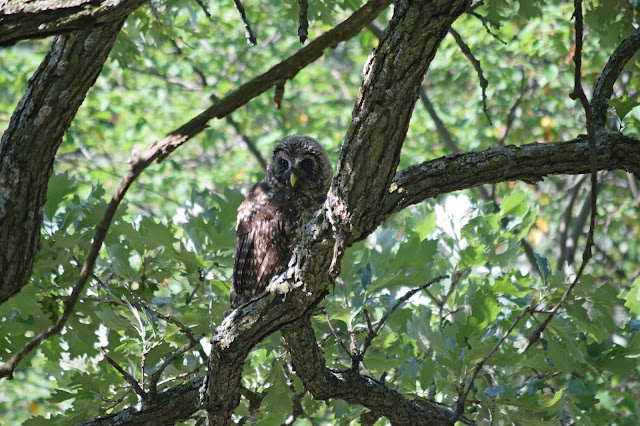 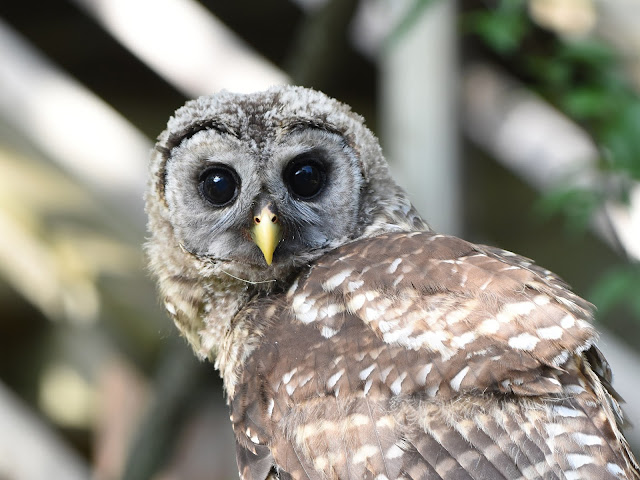 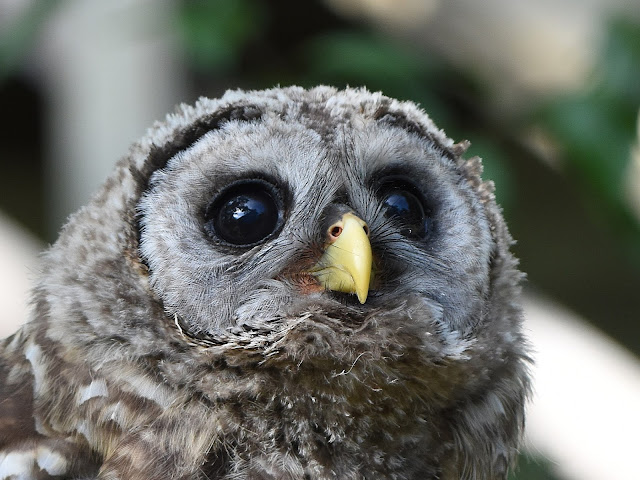 It was wonderful. My daughter Addy and her wife Nicole were visiting and got to see part of the show too.