White-throated Sparrows migrating through, although we had a pair that overwintered at 1410 and I can not guarantee these are migrants or our seasonal residents. 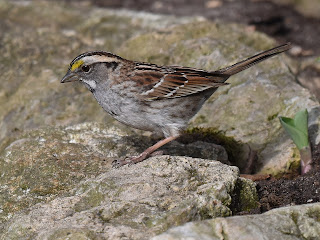 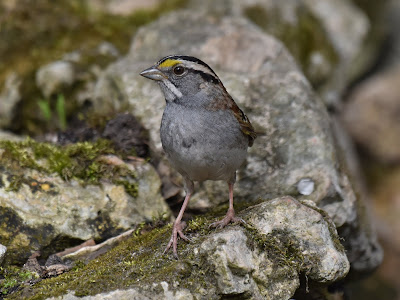 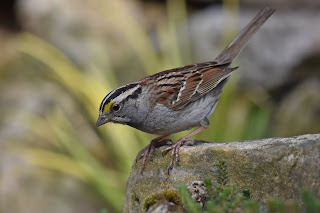 - Gunnar B.
No comments:

The first photos I have taken this Spring of this bird. I was in the Growlery playing with a early 1960s Alan bicycle - a very fun vintage lightweight bicycle, about 16.4 pounds rideable. But I digress; I kept one eye open to the water feature and late afternoon there was a little action out the Growlery door at the water,

There was a first of season Yellow-rumped Warbler. Male and female, which was a little surprising, as the males generally comes through first. 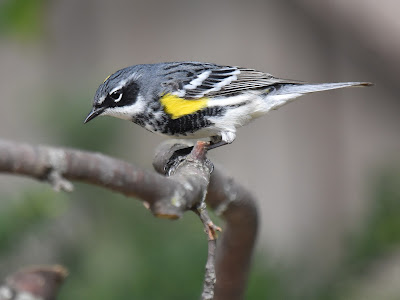 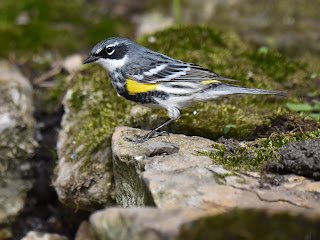 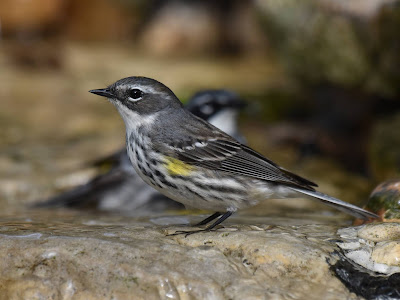 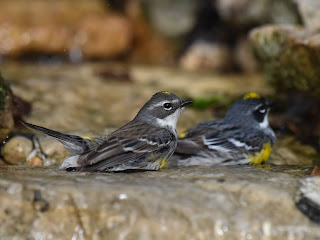 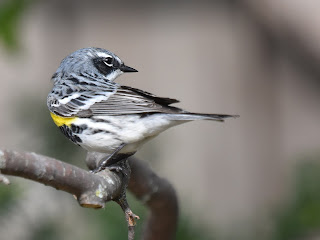 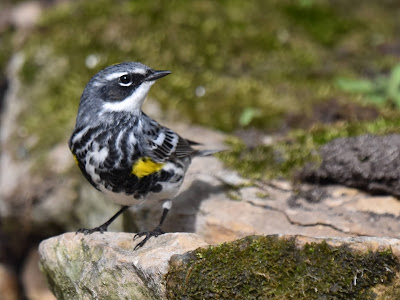 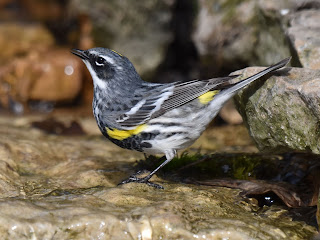 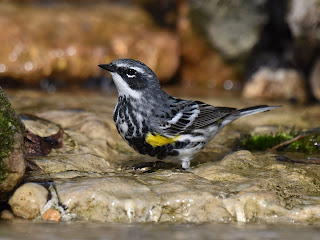 I would not generally post this many photos of a single rather common species, but it is Spring and it was my first Warbler. :-)

In 1994 we were in Vancouver, B.C. celebrating our 25th anniversary after an Inside Passage cruise. Because the Commonwealth Games were being held there and in Victoria, hotel rooms were very dear. A travel agent had finally found a room for two nights on the "gold floor" of the Fairmont Hotel - which was quite pricey. There were a lot of English fellows in suits scurrying about the halls. Later we found the entire floor had been rented by the Brits and we had merely booked an unrequired leftover unit.
The morning we were preparing to leave, the hotel was locked down because an unnamed somebody was arriving, but we had a flight to catch. Lorna just reminded me I said, "I don't give a rat's ass who's coming, we're leaving!" It turned out that in spite of my bluster that was not an option.

So we were standing in shorts, t-shirts and sandals, trying to blend in with a line of people in suits, when the "special" fellow finally showed up. He came through the doors, politely greeting and small talking his way down the line. It was Prince Philip. When he got to us he  glanced down, made eye contact and mumbled a greeting. I nodded and replied in kind.
My impression? The Prince was much smaller than I would have expected and wore a very, very good suit.
- Gunnar
No comments: