This bicycle is amazing for it's age. It is generally in original condition so any changes had to be done with a very light hand. The cable housings were mis-matched, not critical, but the front was also cracked. Italian eBay coughed up a set of vintage dark green which seem to look pretty good. I also switched to righthand front brake and lefthand rear brake control. I believe this may be the "Italian style" - whatever, it is the way all my bikes are set up and I am intent on riding this horse.

Riding, which brings to mind the brake pads. They were three different brands, and all as hard as stone. They squealed like a banshee, but did very little in the way of stopping my forward motion. Fortunately the Koolstop Weinmann style fit the holders pretty closely, so now at least I have functional brakes. 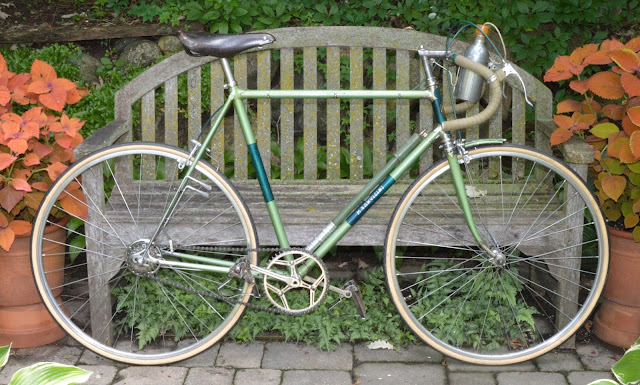 The bars had the Gaslo caps mounted over the top of the wraps then trimmed with blue tape. Also, the reproduction Vittoria brake hoods covered up the brake cable adjusters. Not wrong, just not what I wanted for function. When I removed the hoods and fabric bar wrap there were "tracks" where the original tape had been, so I simply followed these when I re-wrapped the bars and brakes. 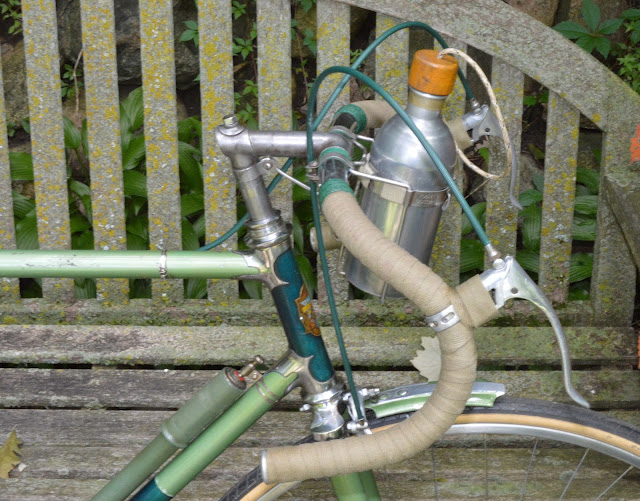 Some would argue for saving the petrified grease and rust. I don't. I cleaned the brakes and stripped the worst of the rust from the stem and bottle cage. The bottle is a reproduction and the wood covered cork came out of a vintage pill bottle in my grandfather's fishing tackle box. Maybe not bicycle period correct, but I like it. A lot. 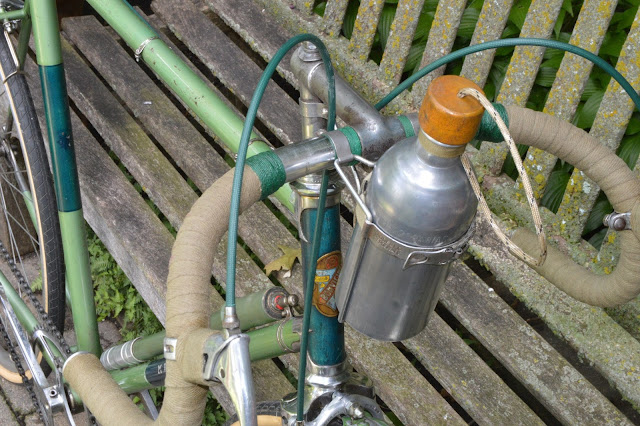 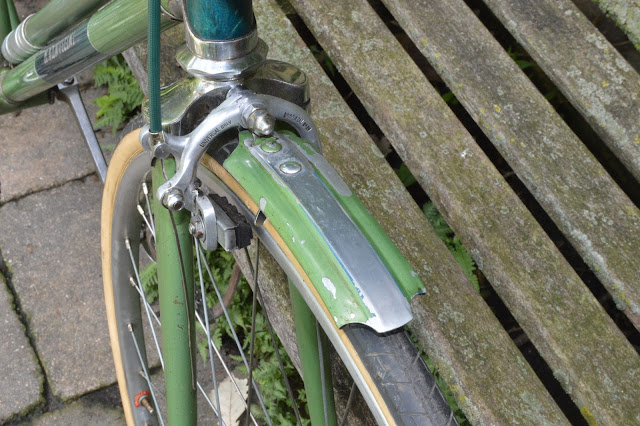 I happened to have a set of well-used Ballila toeclips and I came up with a set of sufficiently weathered Binda straps. 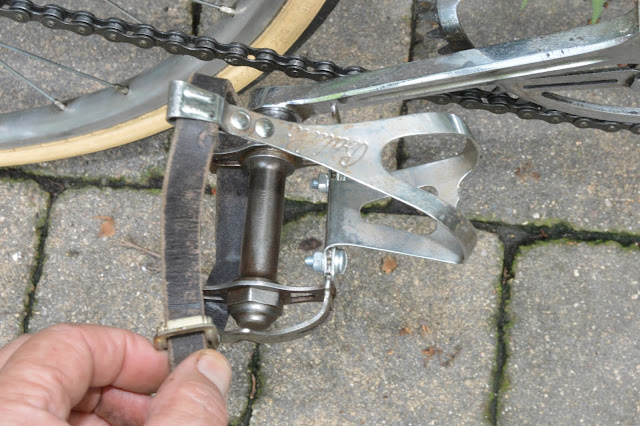 I am looking forward to riding this one around the lake ..... even as I remain shiftless.

House On a Pipe

I had a couple of low pink climbing roses from the Canadian Explorer series - forgot the name years ago. They were planted fifteen or twenty years ago, way too close to Arborvitaes ... which unexpectedly continued growing. The roses were not thriving in the shade and roots, but still they lived and bloomed - sort of. I decided to give them a renewed chance on life. This morning I grubbed out some Siberian irises to make room, and pulled the birdhouse and the old wire fencing up and laid them carefully on the walk so I would not damage the house. 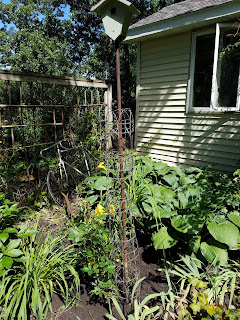 After I transplanting the roses I thought I could just stick the pole and house back in the ground between the roses, but became obvious it was going to require a mallet to drive it down. I grabbed a drill to remove the screws holding the birdhouse so I could get a wack at the pole
.... and that's when the mother wren finally flew out, finally pushed over the edge by that damned humanoid fool, and she seemed a bit put out - even angry. Who knew the songbirds could swear?

Enough harassment and damage done to last a full wren year, I quietly backed off and Jenny returned, scolding and glaring knives at me as she went back in the house to tend her eggs. Damned humans, what do they know of the work of tending eggs and raising a brood.

I'll pound the pole down more securely in a month or so, after the wrens give me permission.