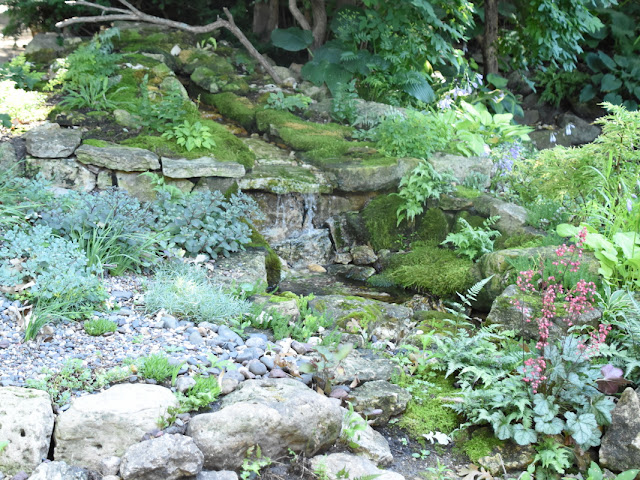 The 7-Eleven racing team was the first U. S. team to race in Europe. In 1985 they were invited to the Giro d'Italia and they stunned the bicycle world with two stage wins. By 1988 Andy Hampsten won the Giro outright.

Although the bicycles were labeled as Murrays they were actually made by Ben Serotta. After the wins Murray pumped out 100s (1000s?) of tribute bikes in the same livery. This is not one of those.

My friend Dan Lestrud has been aware of this bike for a decade or more. Recently the owner called him. Due to health issues he offered to sell him the bicycle.

The saddle should be a Cinelli Unicanitor and the brake hoods are cracking and need replacing. Other than that it just need a clean up. I wanted to get "before" photos. 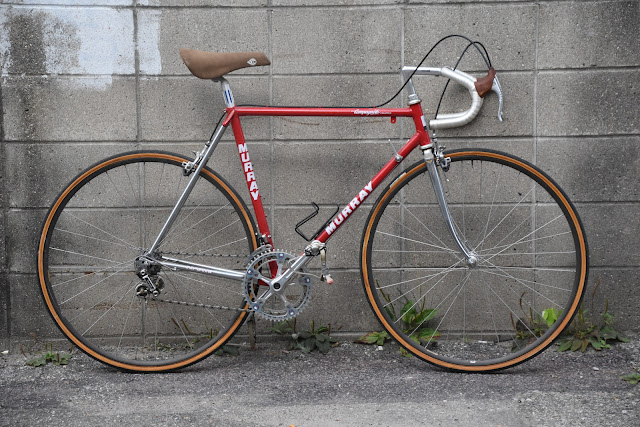 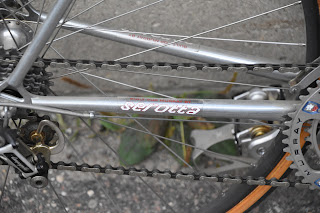 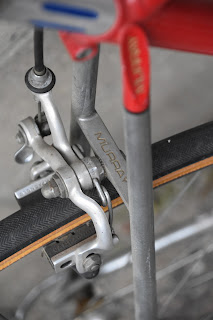 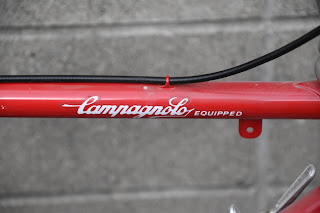 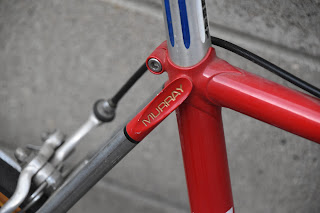 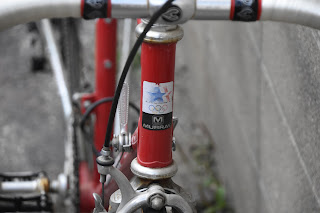 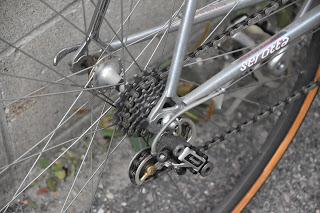 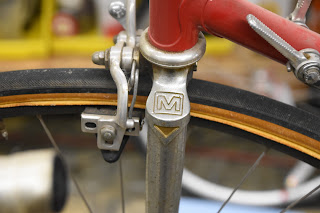 Here are some cellphone shots of the garden taken three days ago. (Before the storm.) The Asiatic Lilies are starting to fade, but the Daylilies are kicking in. The photos of the plantings along and behind the dry stream is already obsolete of course. Recently it is where my energy has been directed. 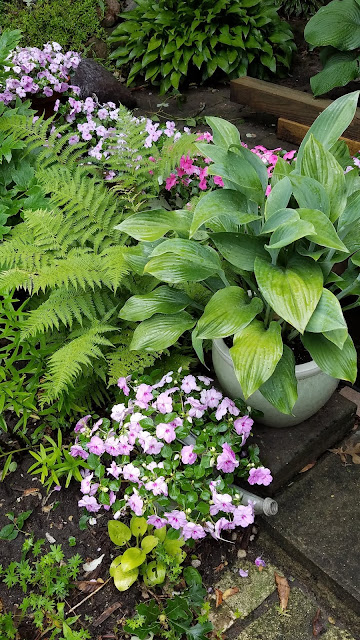 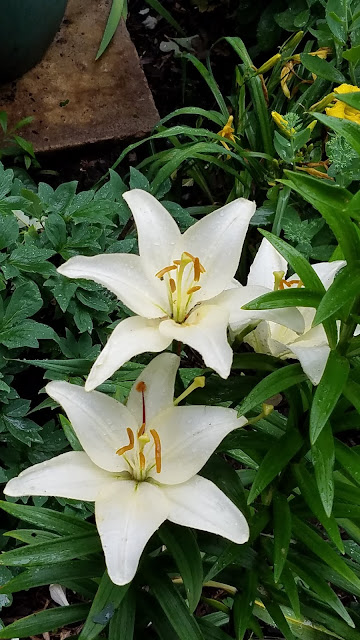 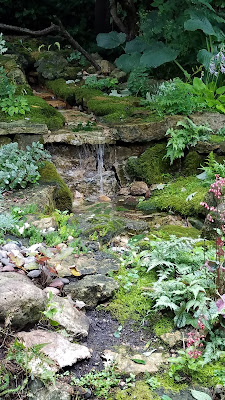 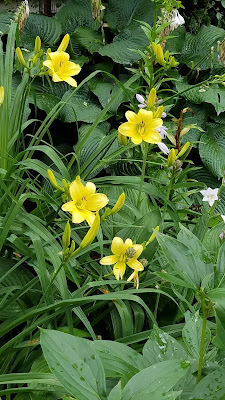 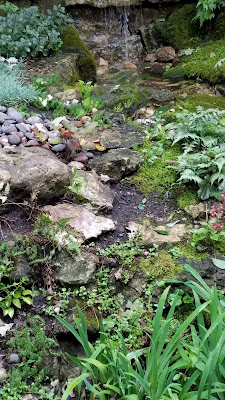 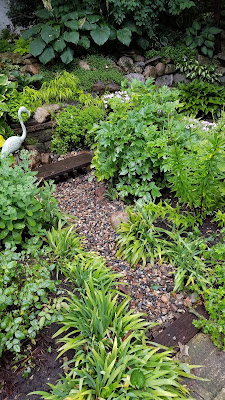 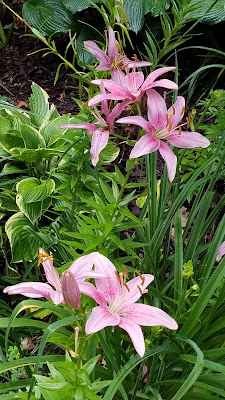 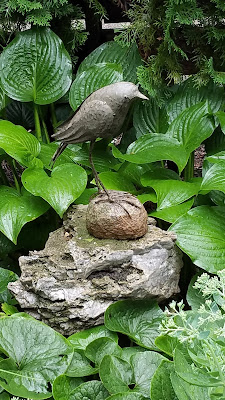 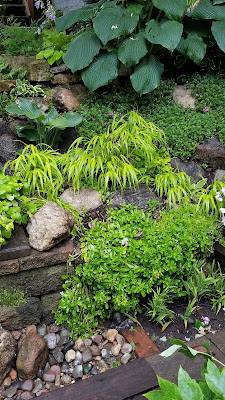 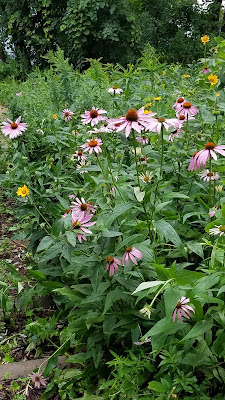 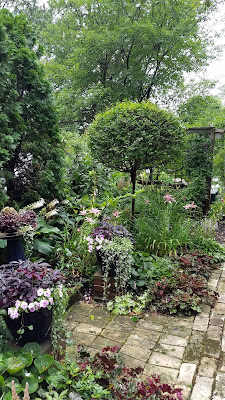 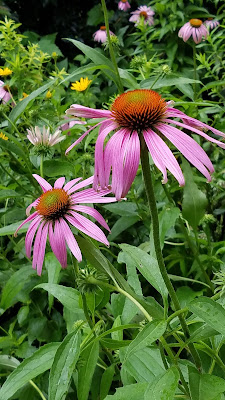 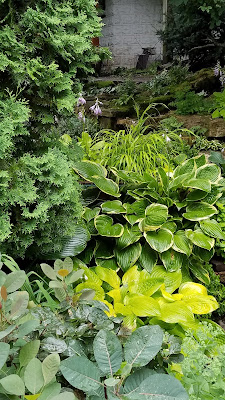 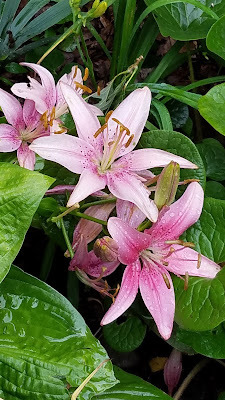 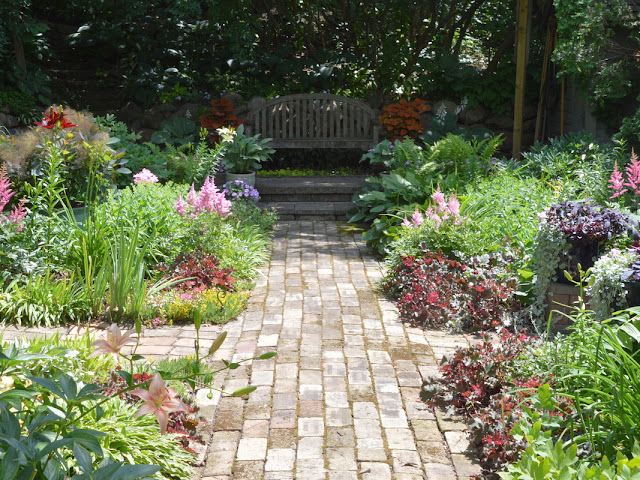 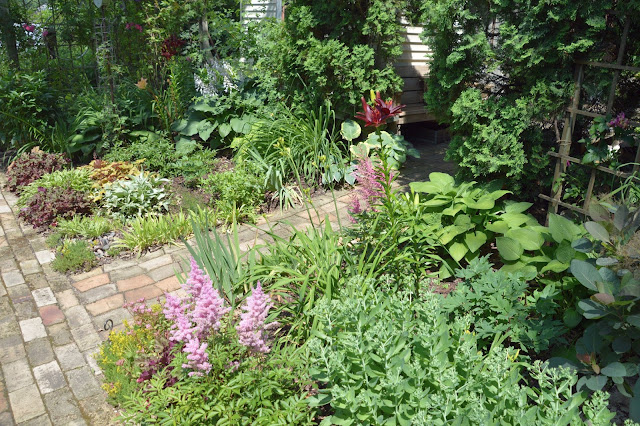 I am the process of adding a dry stream - actually not quite dry. I have to dribble a small amount of water into the system to deal with evaporation, which is surprising in hot weather. The dry stream carries the excess water from the storage tank. All is still in process. 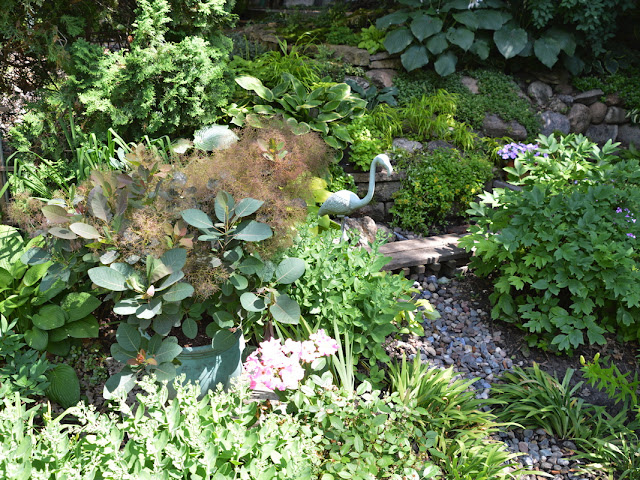 I ripped out some hostas around the water reservoir tank which also houses the pump. I replaced them with a cultivar of Japanese Forest Grass. Native to the mountains of Hokkaido, which also gives us a large number of our Hostas. Apparently zone and pH matches Minnesota. Oh yeah, I also built a handrail, backed with a section of picket fence cut at the same angle.

I also got a real deal on a large heavy pot - a great pot! So I was forced, forced! to fill it. My daughter-in-law Nicole and I shopped and agonized over large perennials and shrubs. Eventually I bought a Smoketree. The pot is maybe 20" diameter, 4 feet ground to treetop. It will have to winter in the cool winter Growlery with a pair of potted Krossa Regal hostas. High maintenance, it will require continual pruning. 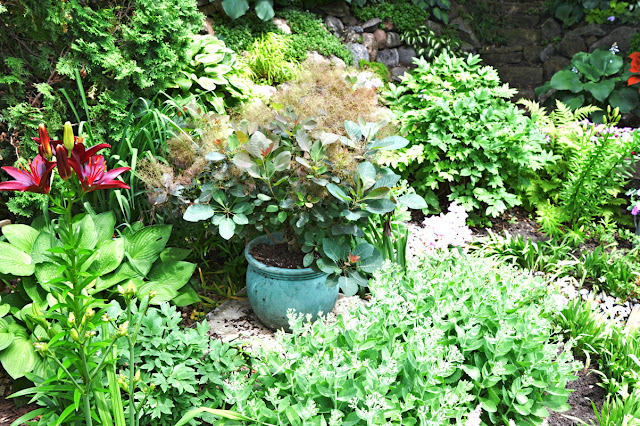 I had a problem hole between the boulder and the arborvitae. I tried a big hosta which was out of scale with the rock garden plants, then an Astilbe which did not thrive. I got a deal on a grafted Elderberry because it grew horizontal at the graft (which helped me). Not as large as the normal Elderberry, the color is good, and it still should help eventually screen the transition between the rock garden and the lower garden. I may eventually buy another one at an end of season sale. 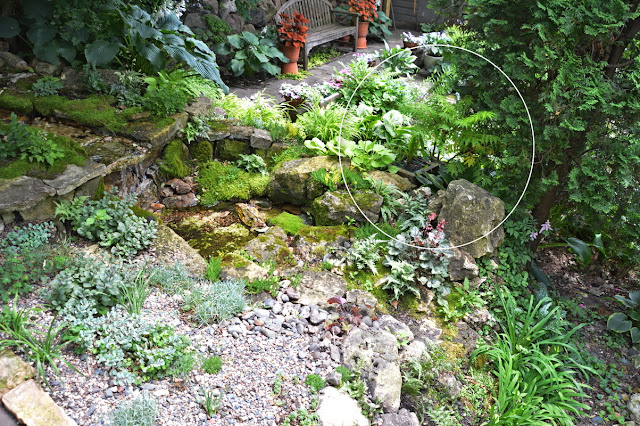 Sore back, calloused knees, dirt under my fingernails. - Gunnar B.
3 comments: