First, the important thing. Ol' buddy Christy came home yesterday after 25 days at the mercy of the Mayo Clinic in Rochester. He is weak, not able to make it down to the Growlery yet, but he is upright and has started walking his slow laps around the Oakwood circle to get his strength back.

Next, while you guys have been out golfing I have been working on the Growlery. I put in a new window, and spiffed up the trim around it. I also re-glued and painted an old chair, which then of course looked too new so I sanded down the new paint a little to get it back into comfortable sitting mode. A lot of comfort is visual, mental, even emotional.

Then the foot stool - my Ol' Man made it out of some tree branches while he was living alone in Frankie Baer's old shack which he had moved from Bear Lake to Geneva Lake. His growlery I suppose. The stool is very sturdy, but he upholstered it in an off-white plush fabric. ??? About a year ago I bought a piece of leather and I finally got around to covering it. There really wasn't enough leather, so I ended up piecing the sides from scraps. In hindsight I should have just put row of tacks around the top and bottom, but I didn't and then of course I ran out of tacks too, so there are odd patterns around the leather scraps. This is major league foresight, running out of both leather and tacks. It still looks okay; the tacks are probably are too shiny, but ... "ITS JUST A SHED" not a living room, not a den. And for god's sake, it is not a "man cave", a term that just makes my skin crawl. 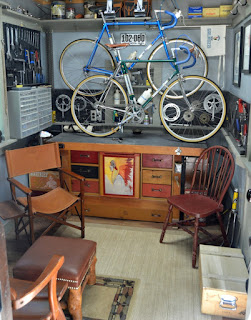 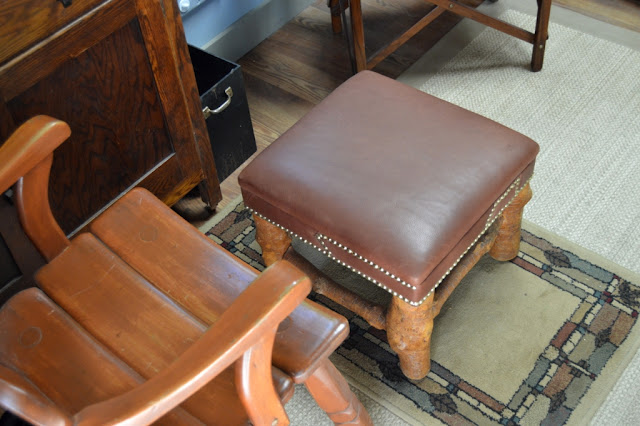 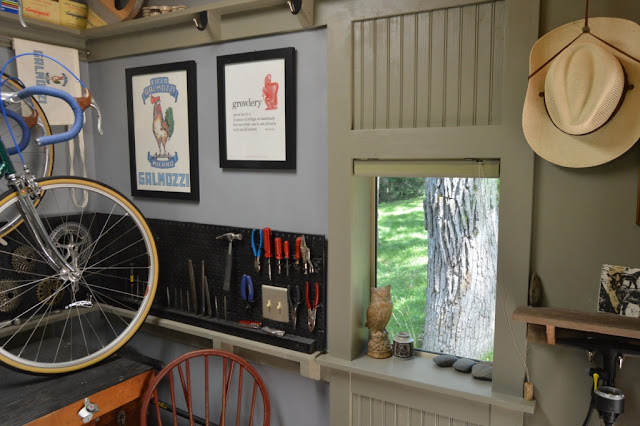 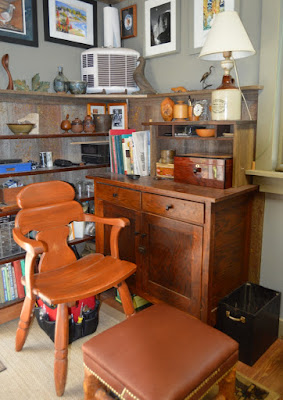 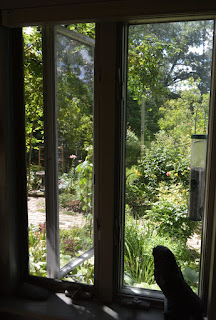 I had a set of wider moustache bars on this bike, which just felt, well, just ... clumsy. These are Nittos, shorter and wider, with Paul finger-pull brake levers flipped to the inside to be actuated with my thumbs. Initially they were mounted conventionally to the front, but my thumbs have proven to be stronger than fingers, which give me a better grab coming down the 15 - 20% streets of Church Hill. 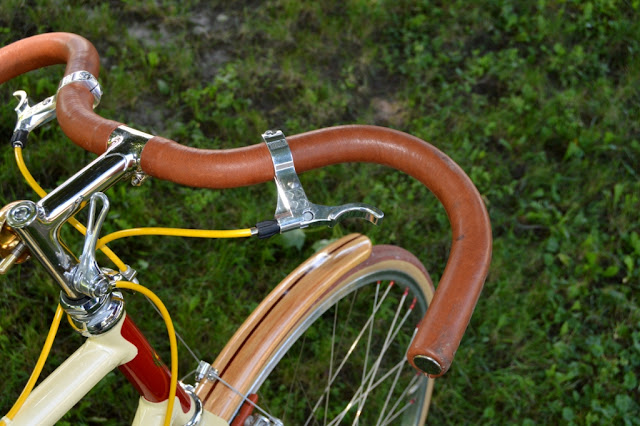 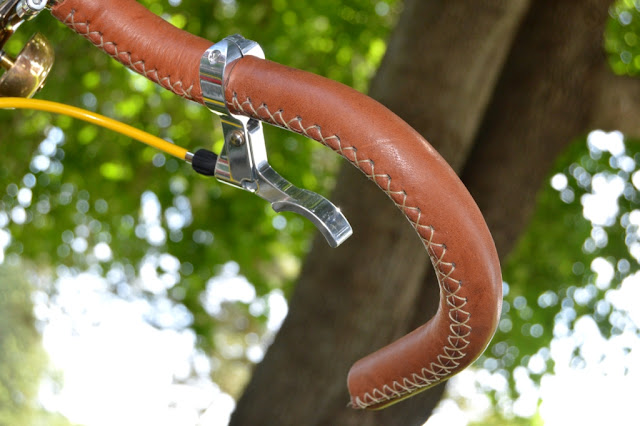 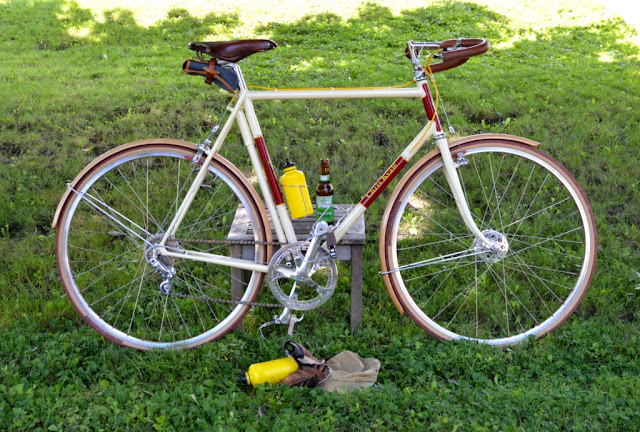 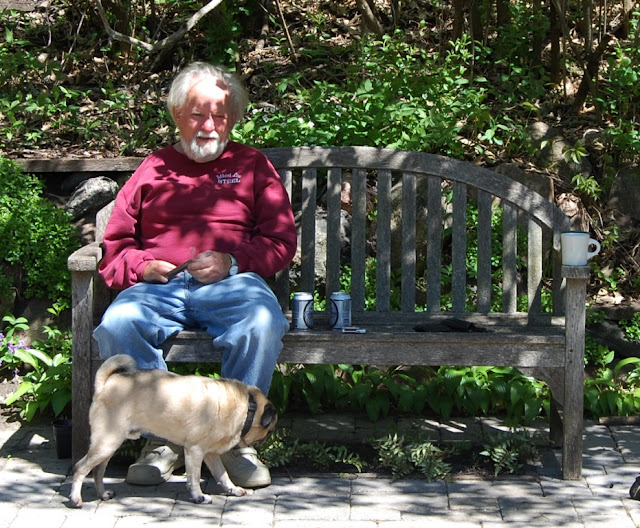