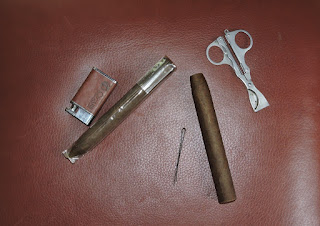 I really would prefer Onyx Reserves, but the world being what it is - unfair and pay as you go, I don't often smoke them. The maduro torpedoes I smoke don't have a fancy embossed paper ring, no one is claiming them. Actually they are are La Tabaquerias (which I think means something generic like "the tobacco dealer"). Whoever rolls them they are pretty decent Dominicans, hand rolled out of decent whole leaf, they taste okay, stay rolled tight, burn even and stay lit. So why this posting? The other day one of them was burning strange, the ash was really long and firm, like there was a stick in it. I grabbed a needle-nose pliers and pulled out the "stick". The 3" bobby pin in the photo was at the core of that aberrant stogie. A free prize!

Trip Around the 'Boro

First, the horse I rode in on. Though reasonably lightweight, it is made of steel. It only has five speeds. It doesn't have drop bars and the shift lever is up on the stem where it belongs.  "We" don't want to bend over any more than is necessary. This is clearly a 70 year-old man's bicycle. 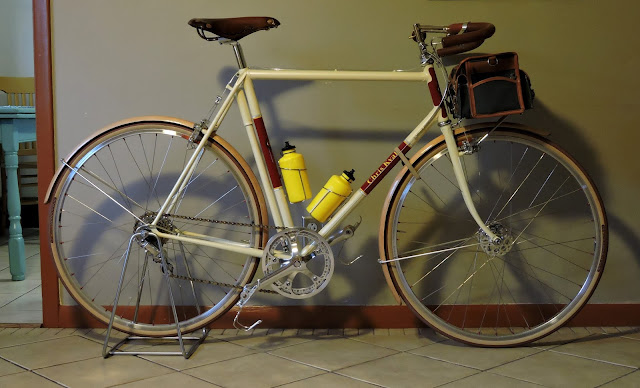 Trail pictures, first west to the Isinour turn off, then back through Lanesboro and east to the Whalan pie shop. Eventually back to the 'Boro and up Church Hill for a Fulton Expat. 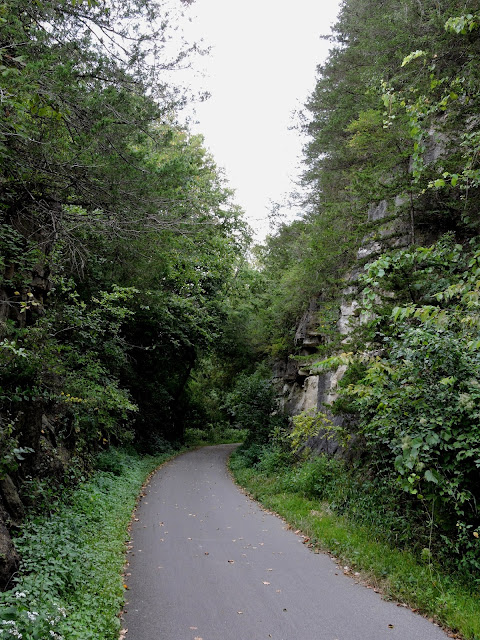 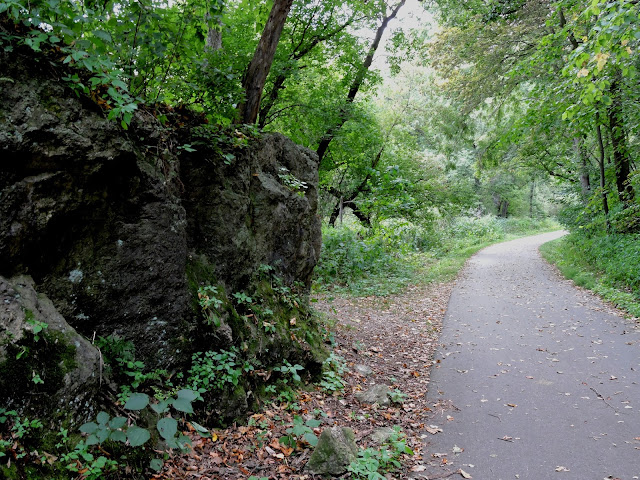 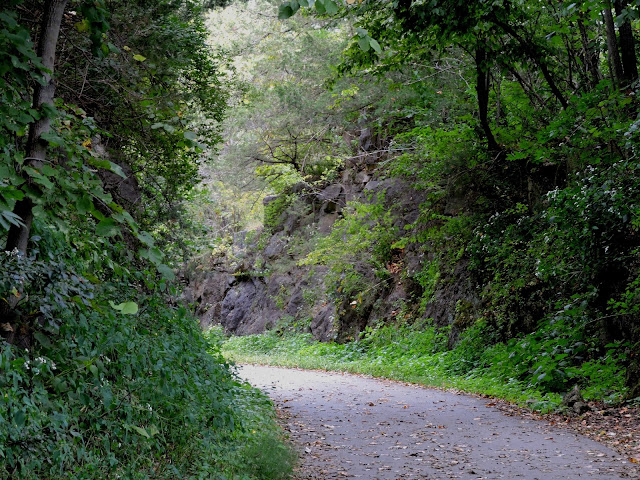 An aside: In 1885 the Phoenix Hotel burned to the ground. It was a very large building - a square city block, three stories high of cut limestone quarried across the Root River. When the Phoenix burned (as did many of the original buildings) it left a hell-of-a pile of rocks. A lot of the village downtown was reborn and grew out of that Phoenix fire. This is the Old Town Hall - pieces of Phoenix rocks patched and pieced together as required. At one time it housed the fire wagon, the jail, the village offices and the meeting hall. The pull-chain on the side will still ring the fire bell in the tower, just to let the whole village know that someone has had one drink too many.

Now it is the local restaurant of our choice. We ate out on the patio last Thursday. While we were there an unshaven, bedraggled, rough-edged fellow approached our table carrying a large bag. The couple at the next table looked concerned. Opening the bag in my face, "Here, smell'em!" I did. It was John, the owner - fresh from a day of gathering ginseng and mushrooms. Knowing how I feel about mushrooms, he was proud and beaming; his bag filled with freshly gathered sulfur shelf mushrooms, the "chicken of the woods". Lorna and I ate a portion of our free fungi allotment this morning in an omelet. Thank you, John. 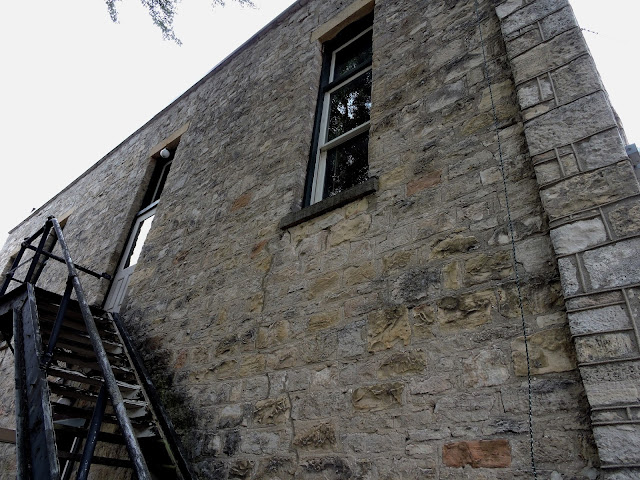 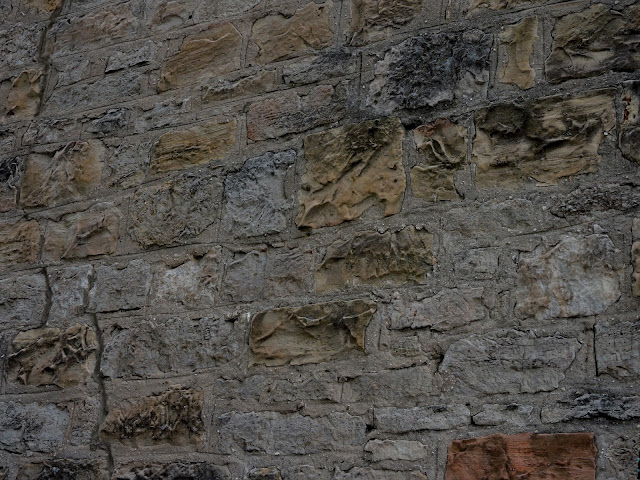 Okay, back on the trail to pie. The Root River Trial follows the .... Root River. 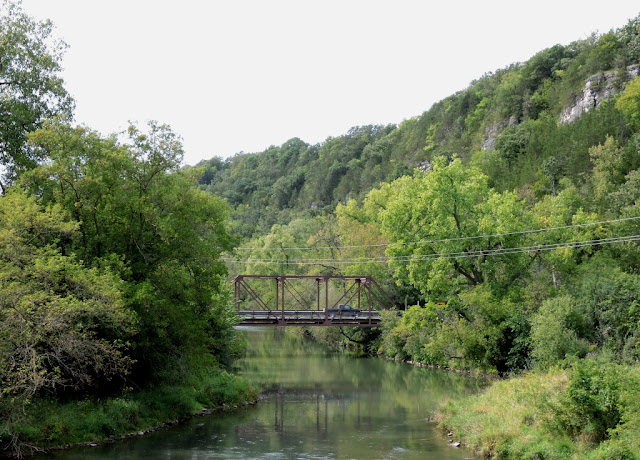 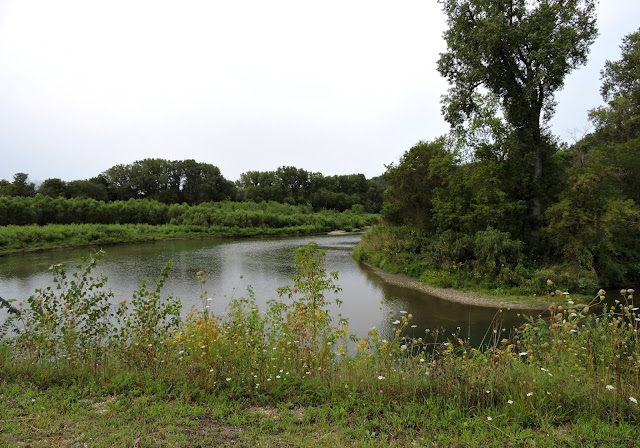 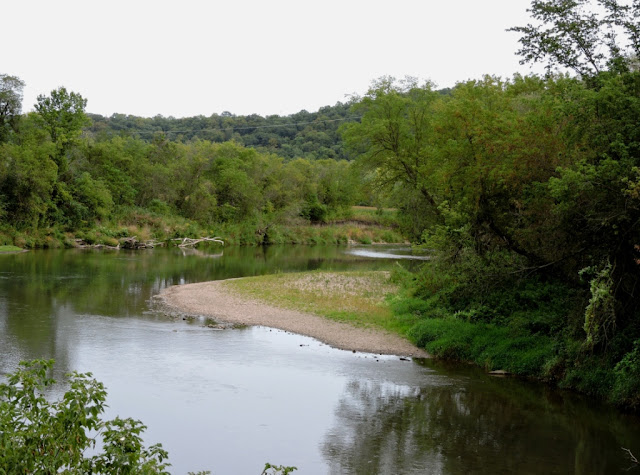 What can you say about the Whalan pie shop? I dunno, they are homemade pies, the filling are made from fresh fruit and the crust is made from the fat of dead pigs. Those hogs did not die in vain. Possibly the best pie in the world, ... that's what you can say. 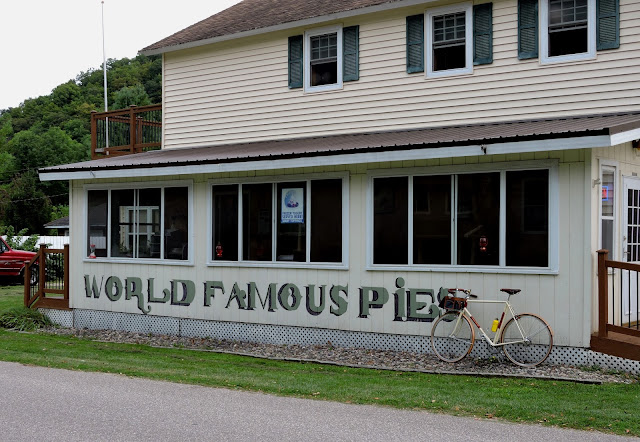 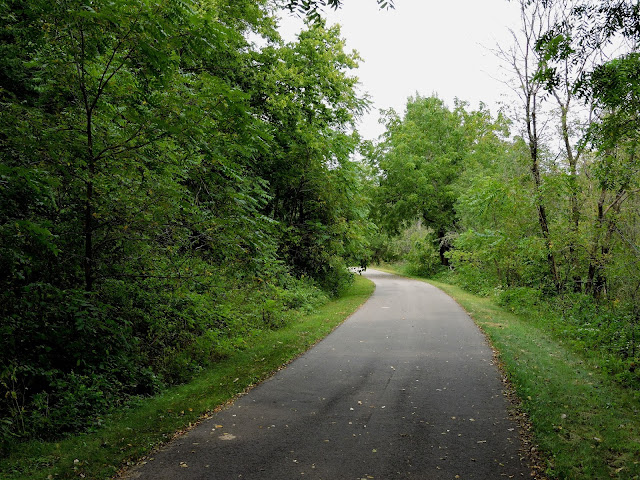 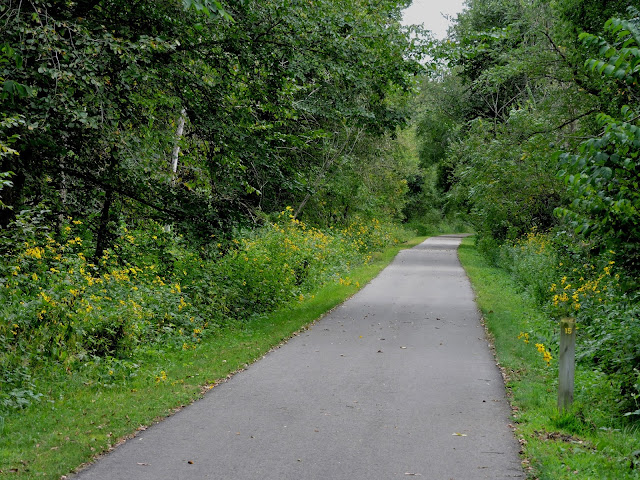 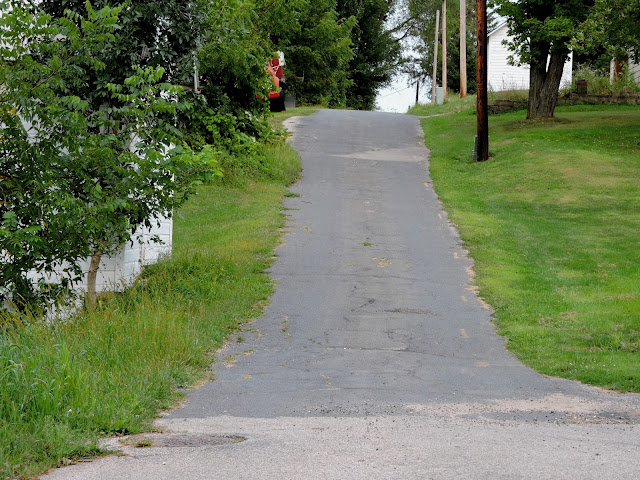 The back alley up to Church Hill. Some of the alleys of Lanesboro are lined with flowers. Our alley is lined with weeds, tumbled down garages and rusted pickup trucks. It is not a lane, it's an alley.


Back home on the crest of Church Hill - the view from the deck and a Fulton Expat in hand. There have been some complaints about my blog production and quality. I believe this posting explains it all. 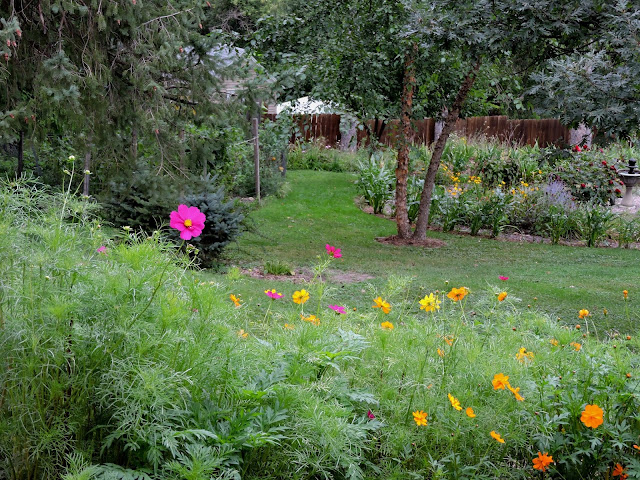 Live every day as if it is your last. We never know. -Gunnar
4 comments: