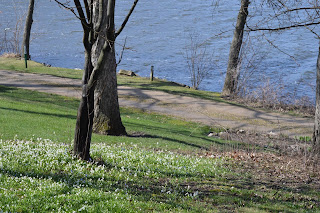 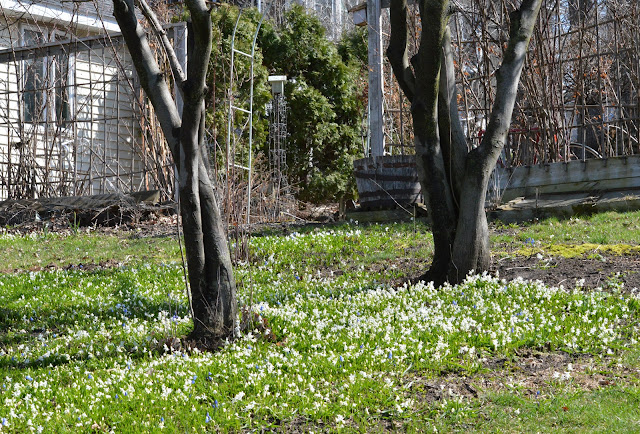 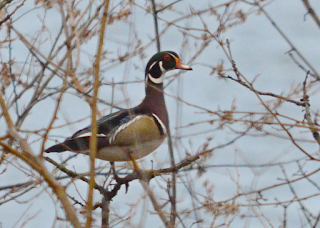 We counted nine Wood Ducks in the willow tree and in the water below this morning - so there are likely at least five pair nesting on this stretch of the Oakwood shoreline. Later there was a female sitting on the roof of a nesting box, checking it out to make certain it is duckish enough and peeping her approval to the male who was perched higher in the oak. He has NO input. The photos are through window glass at distance. They are very spooky birds now when they are comparing nesting options; any door opening or head appearing and they are just gone.
Lorna says there are three nesting boxes on the north side of our round peninsula. That makes about half a dozen boxes in Oakwood which is the limiter on populaation.  I suppose I should make a few more various bird boxes before next year.