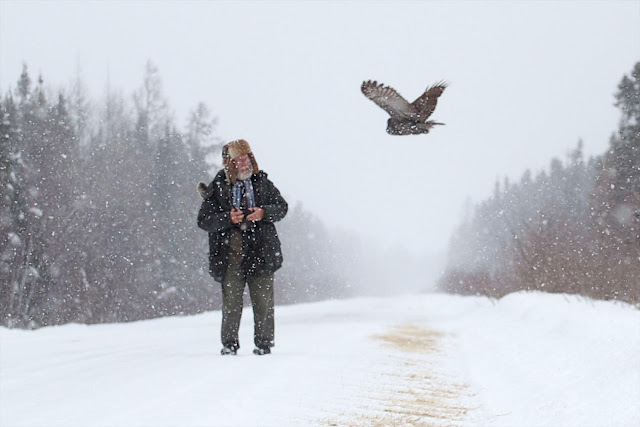 The northern Minnesota unincorporated community of Sax has 20 people scattered in the general area. Six miles down the road is Zim, population 10. The bog in between is nationally, even internationally, famous for its assorted boreal bird species, particularly owl species, which have migrated down from the sub-arctic. It is an obligatory a stop for any birder doing a 'big year', or filling out a serious 'life list'.

In mid February there is a Sax-Zim Birding Festival in nearby Meadowlands, pop 135. Last year the low temp during the festival was -59F. The coldest I have ever been was near -40F, and as I recall, that was damned cold.  -59F? Seriously? Last winter almost 3,000 birders visited Sax-Zim.

Birding down in Texas I was wore a Duluth Hawk Ridge baseball cap. Some birders asked if I go to Sax-Zim.              No, it is damned cold up there, I go to the Lower Rio Grande Valley.