Yesterday was well into the 90s and humid which generated a late afternoon thunderstorm - but no tornadoes. Which was a good thing because I was in the Growlery. It is only about  8' x 12'.  When I moved it in it had no floor, no ceiling and the corners were splayed out. I rebuilt it pretty sturdy and tied it down to two tiers of railroad ties and ground anchors. But a tornado?

"When the Growlery was eventually discovered in a cornfield on the Einar Peterson farm south of Hayward, Mr. Berg was found still seated at his bench with a crushed beer can in his hand, dazed but apparently unhurt except for minor scratches. When asked if he was hurt, he replied, 'Are the tree peonies okay?' ".

Here are some photos before all hell broke loose. First, a view of the rock garden from the Growlery - various Pinks and Blue-eyed Grasses (which are actually in Iris family). There are a couple of species of Blue-eyed Grass, and (what do you get for an old man who has everything?) a Blue-Eyed cultivar from the Minnesota Landscape Arboretum plant sale which my daughter Addy gave me for my birthday a year ago. They are the lower growing  blue flowers in the center of the photo. 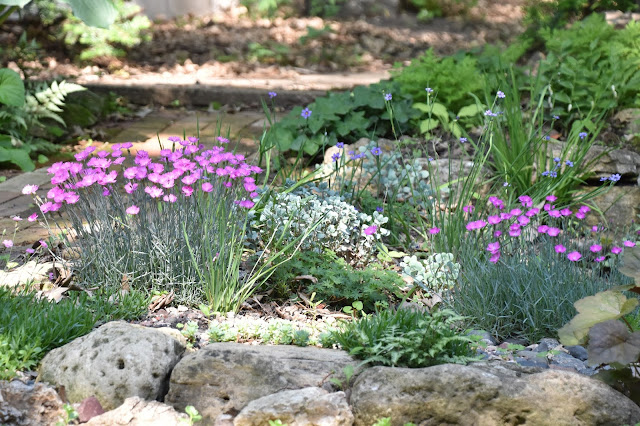 We haven't seen a Warbler in a week or more so I was surprised when this one showed up. It is an open beak, spread winged, heat stressed female Nashville Warbler. She found the coolest place in all of Oakwood - the mouth of the cavern which is the spring source of Oakwood Creek. 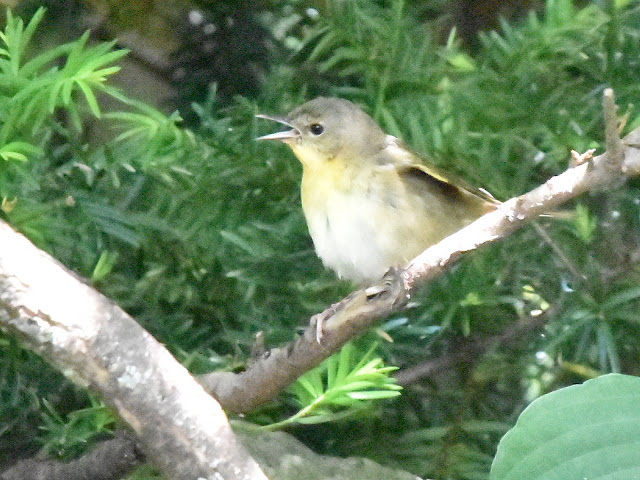 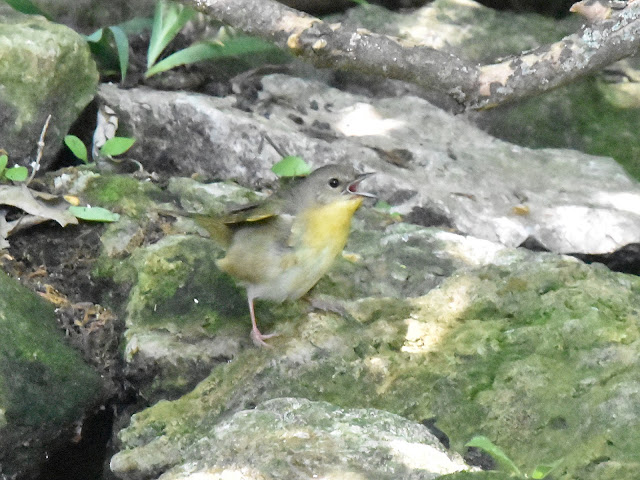 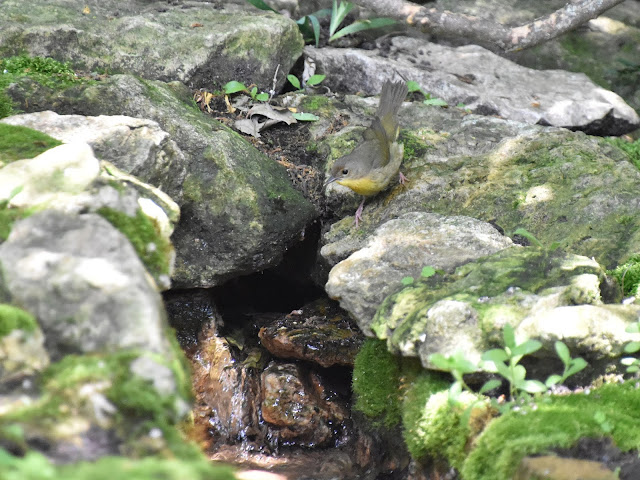 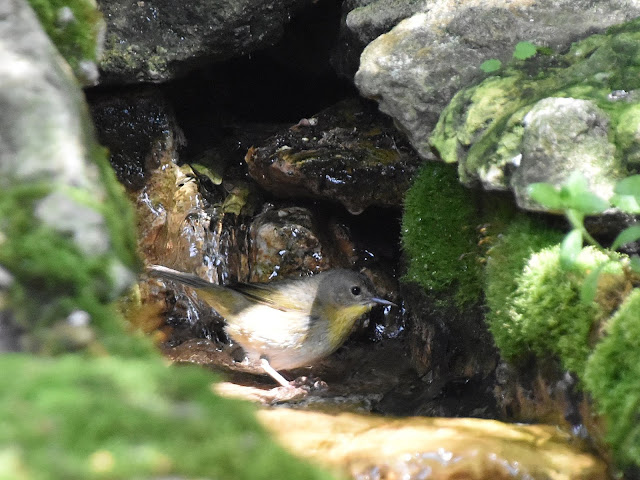 Technically the source of Oakwood Creek is a recirculating pump in a cow-tank, but I am not going to tell the bird. She is running late, has enough on her mind right now and doesn't need to know that.

You must live with the camera nearby! Great photos. How long is Oak Creek?

Dear Unknown,
Please a consentent name, initials, nickname, even if bogus. Just So I can keep track.
Thanks

In answer to the rhetorical camera nearby question: Yes