Our home began life in 1907 as a 12' x 16' hunting shack. The town grew out and eventually ate Oakwood Park. Duck hunting and pan fishing were replaced by water skiing, wave runners and other cursed petroleum powered water sports. (The first day we moved in I met Maude Koevnig. As we discussed lot lines, a ski boat went by close to shore. "Goddamned sonsabitches", said the sweet little old lady.

Over time at least five one room additions were made to the old shack at 1410 - and it is still a small roomed modest home. Even the stairs down to the lower walkout level are in their third location. 1410 is drafty, wobbly and wonky, but we love it and continuing the tradition, we continue to pour money into remodeling and keeping it dry and upright. 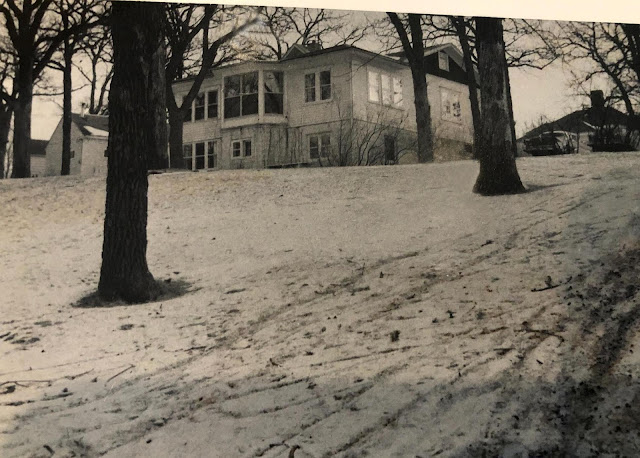 By chance, my close friend Chesterman grew up at 1410 and he sent me this photograph of his childhood home. It is barely recognizable. Even the terrain has changed with stone retaining walls and such (and a growlery and water feature).
Over the years the house has had walls moved and removed, a new kitchen and bathrooms, new mechanicals - been re-sided with cedar tongue-in-groove and shakes, all the windows replaced, a couple with doors accessing a lattice covered 16' x 42' deck. In hindsight, moneywise, little of this made sense, but it has been our home for 35 years and it is where our heart is. 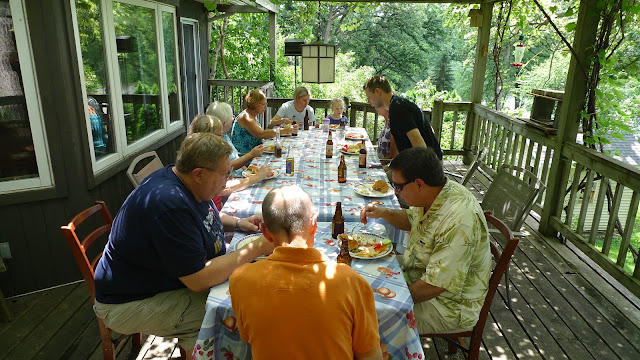