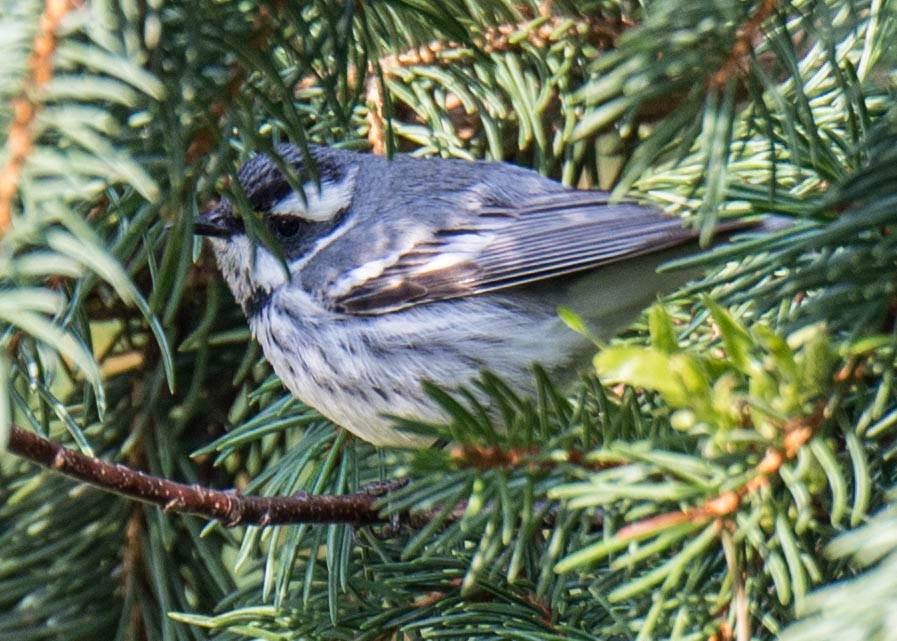 These are pictures of a Black-throated Gray Warbler Dendroica nigrescens, that Brian Plathe took yesterday, Saturday, in his backyard in Austin, Minnesota. The location is important. It is a Western bird and this only the eighth recorded sighting of it in Minnesota. Ever. Birds have their own maps. By ours, it was at least two states out of it's range. Brian posted his find on Facebook, which triggered a number of requests by "governing bodies" for him to post it on their "official" sites. He has had issues with them in the past and feels they are egotistical, arrogant and arbitrary. So he pretty much told them to go to hell. 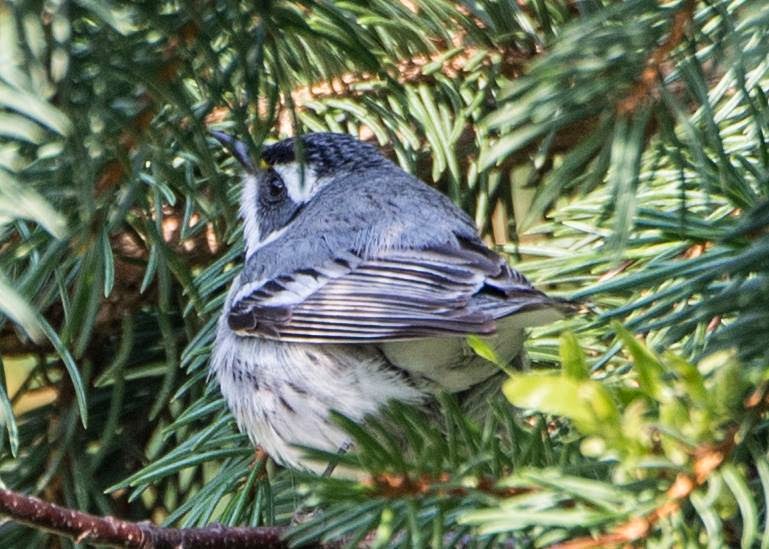 Sunday on our way home from Lanesboro we stopped at Brian's home, on the outside shot that the bird would show up again. It didn't, but we wandered around Brian's layout for a while, taking a few pictures. The rain stopped and the weather cleared to a glorious day.

When Jutta came back from dog walking we all sat in the sun on the patio and shared beer and conversation. Nice.

Here some pictures of Brian's yard. "Yard" isn't accurate I suppose. Yard kind of denotes (or is that "connotes"?) a flat rectangle of tended lawn. Brian and Jutta's place is 3 1/2 acres of lawn, shrubs and hardwoods, with three permanent springs feeding clear cold rivulets that run down to 200+ feet of Turtle Creek shoreline. Turtle Creek is a reasonably large waterway, wide enough that Bald Eagles patrol it, regularly flying the length.

The spring fed streamlets are shallow enough to be perfect bird baths. The slopes and shallow gullies are a cool eden in May - in Summer they are hot, humid mosquito hellholes. 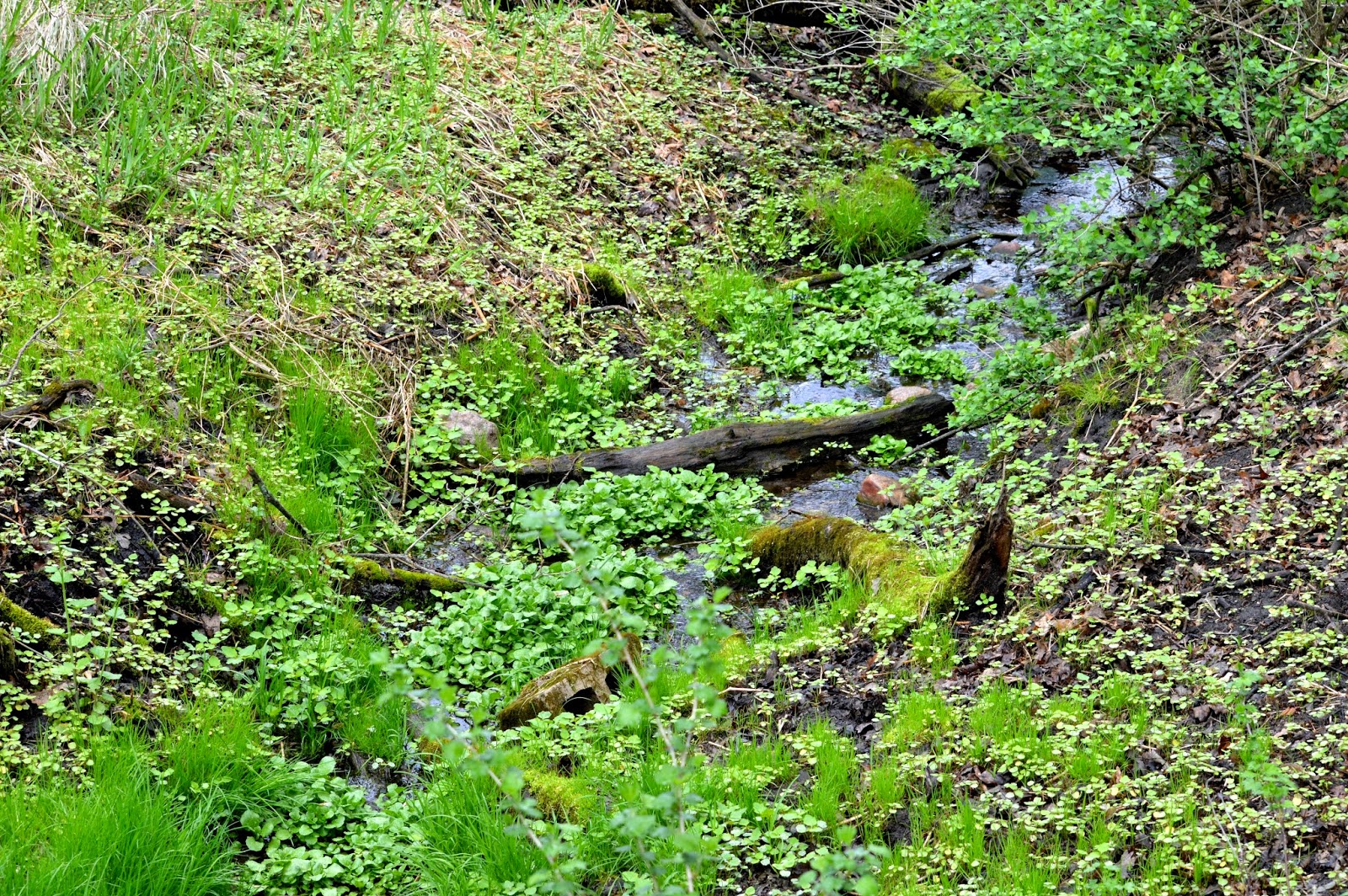 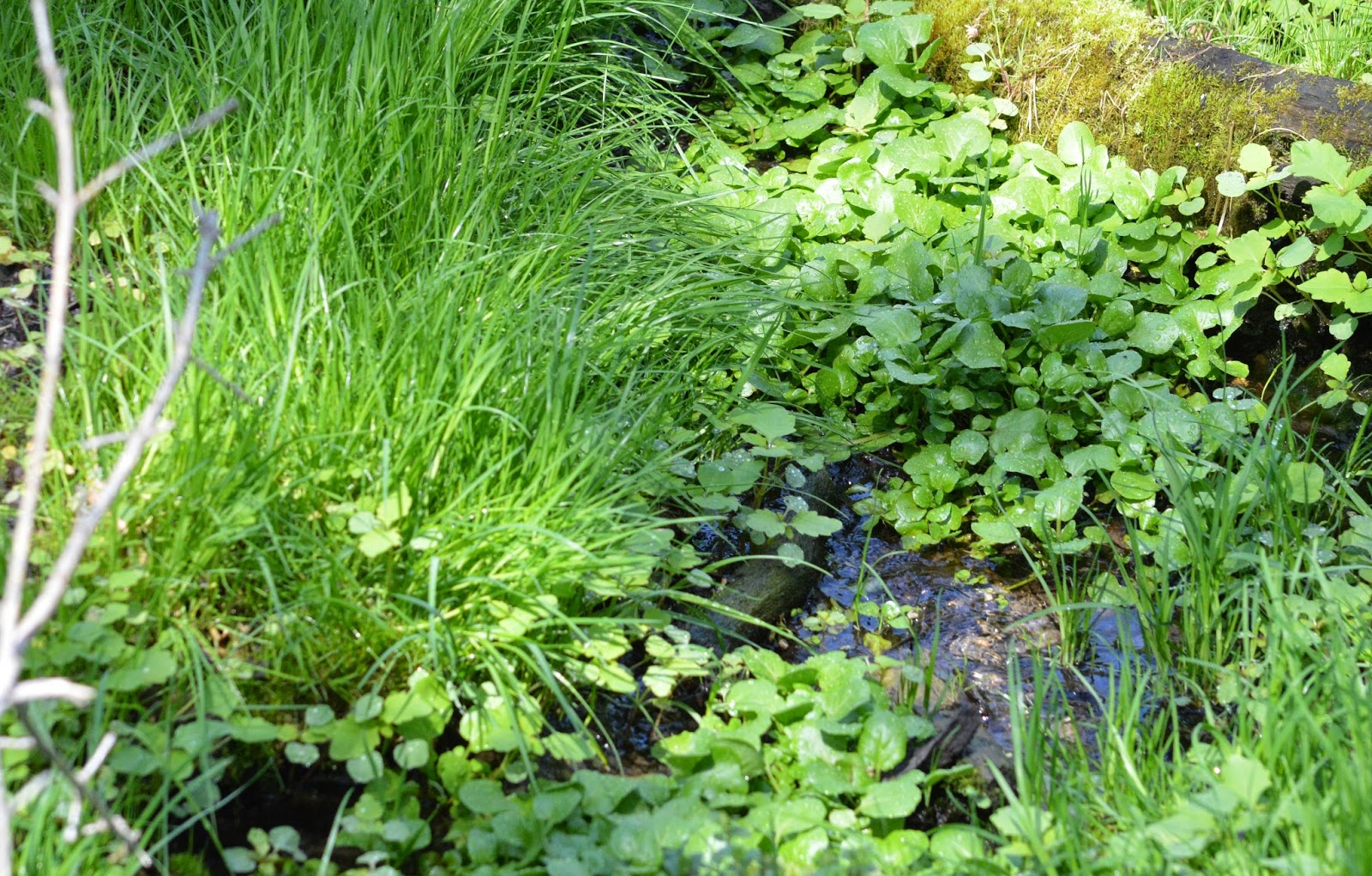 Look careful, all of the following shots have feathered bathers. 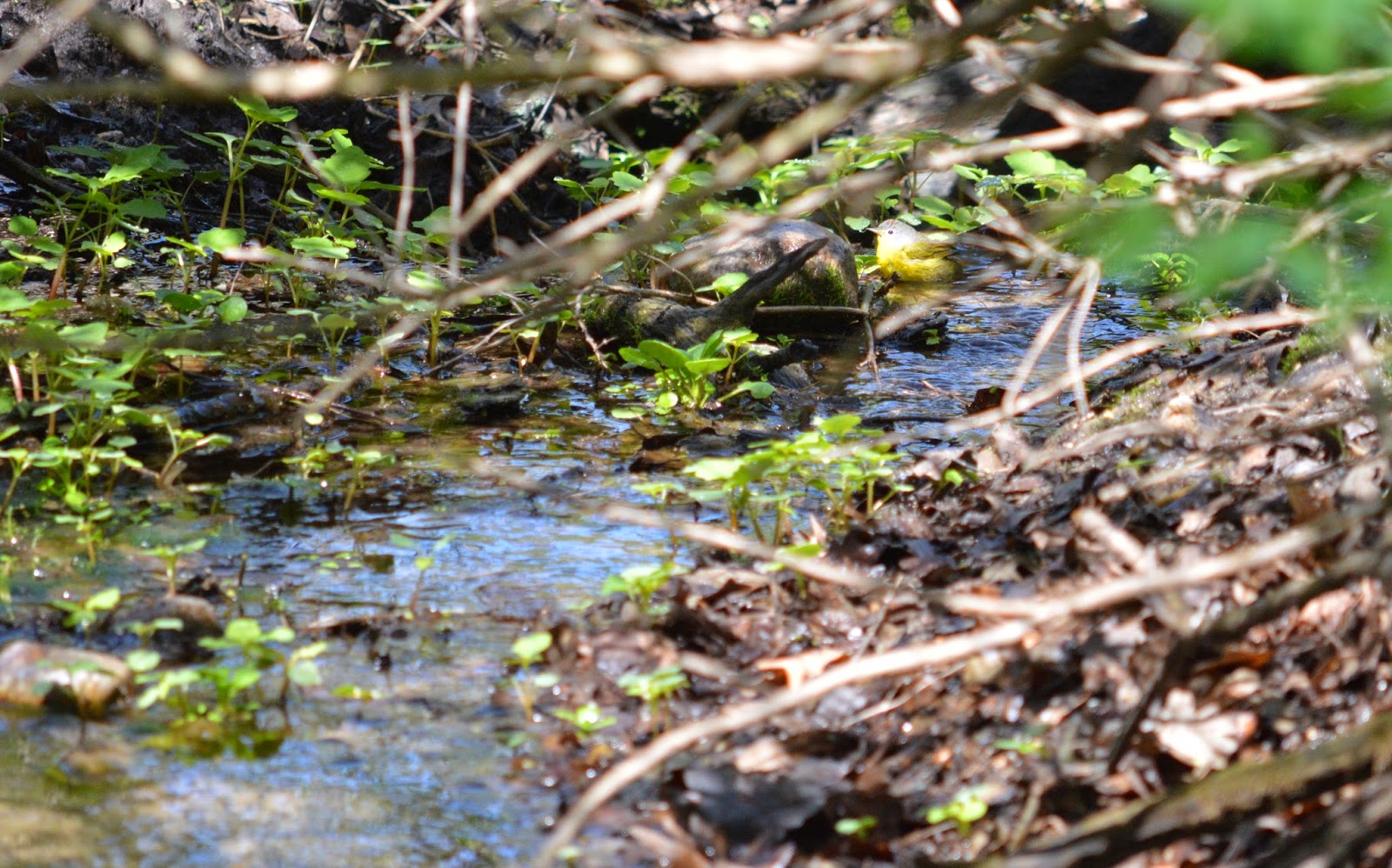 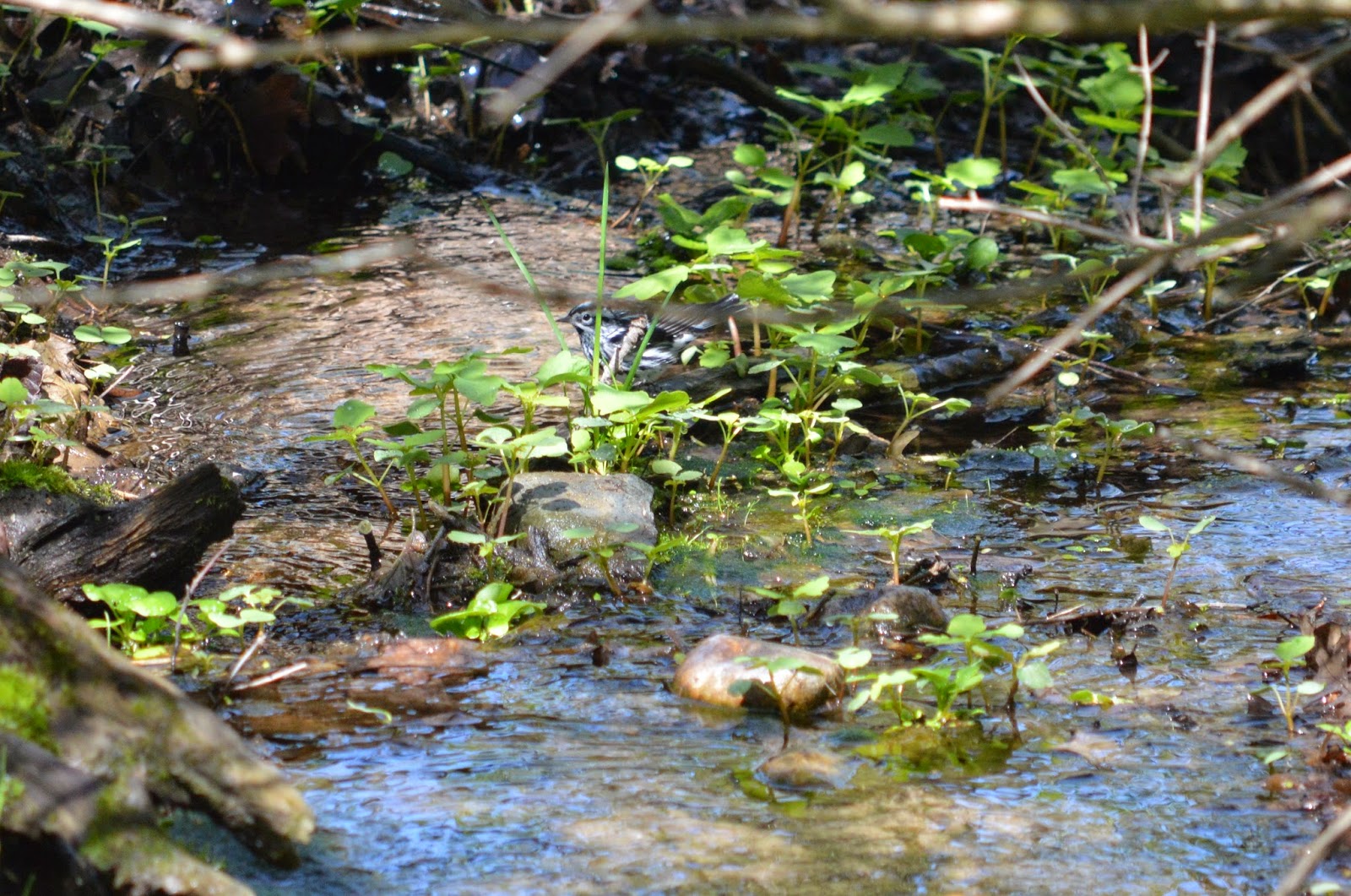 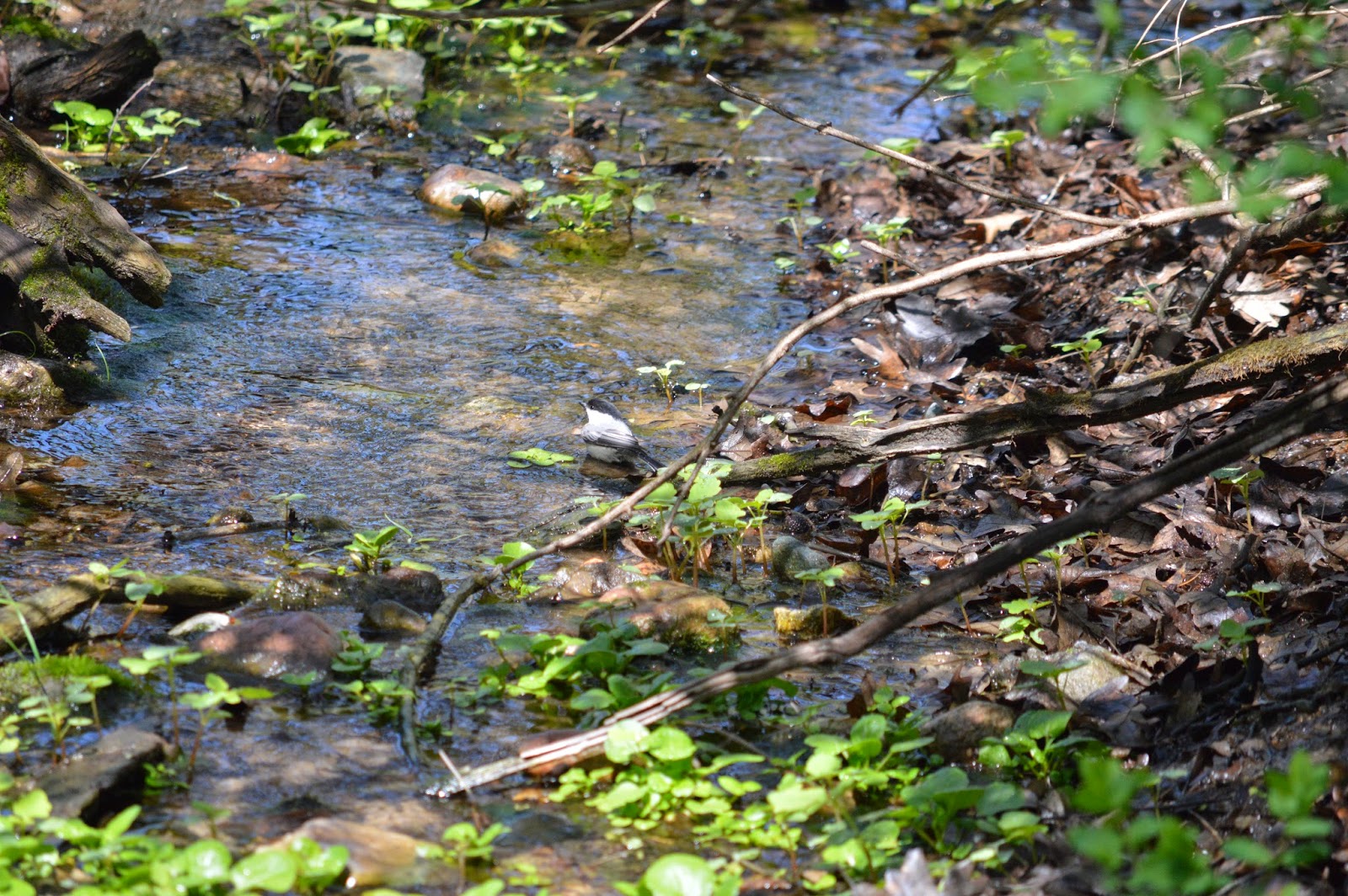 Thanks Gunnar for that Warbler insight and peak in to Brian's yard.

Great yard. I love microhabitats. Gives me some ideas I'd like to discuss with you sometime when we are out at Oz garden together.