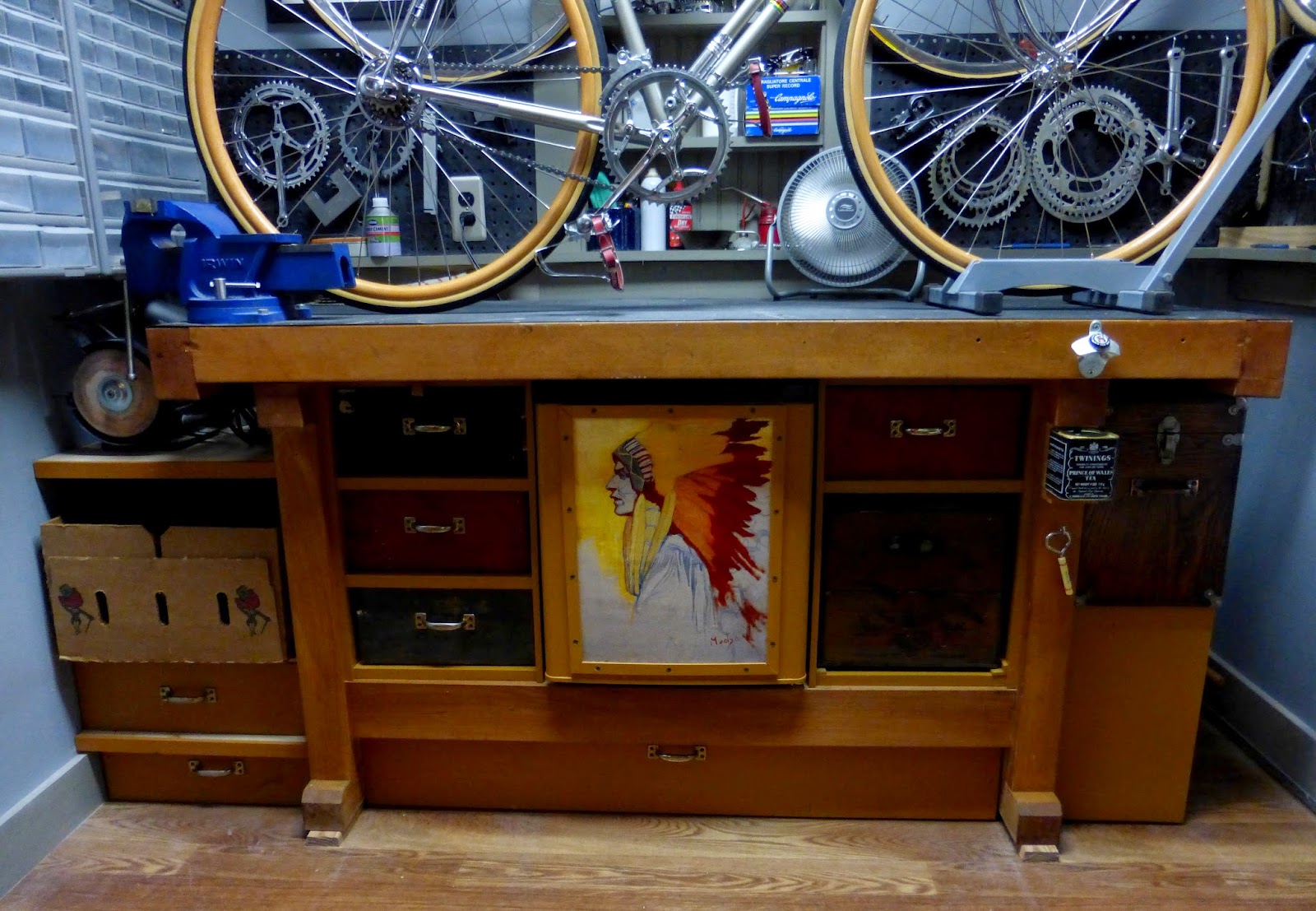 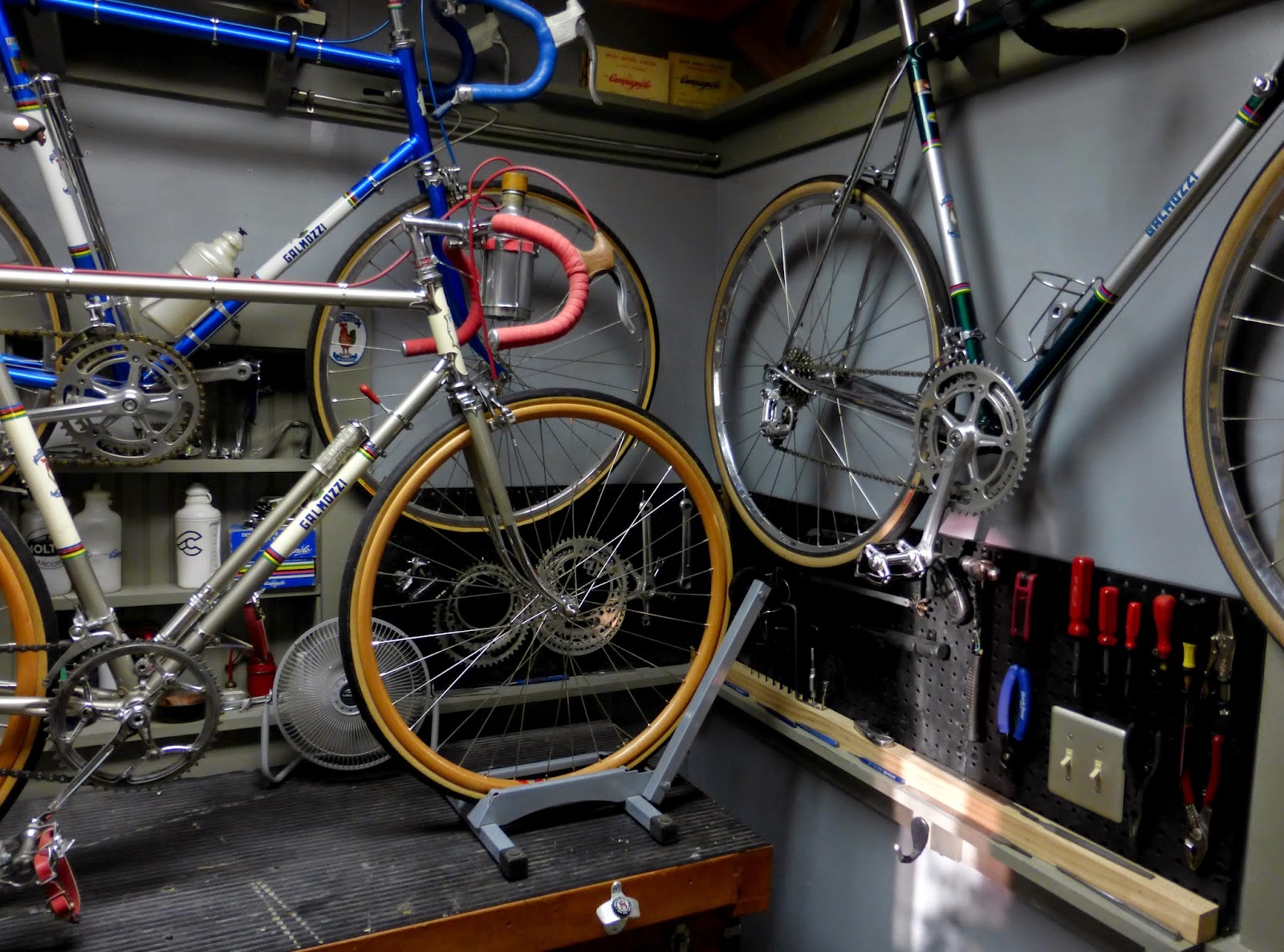 Three Galmozzis. The one on the right wall is the 1984 I publicly swore I wouldn't buy. I haven't done anything with it yet, but it gives me pleasure looking at the three bikes, observing the evolution of bicycle construction and components. Just today I realized the "new" bike is still 30 years old and would be considered totally obsolete and quaint by most of today's riders.

Pretty soon your Growlery will be like my garage--too stuffed with interesting junque to work. At least you still have enough room to drink.