I really wanted to get a couple of good shots of the tougher birds to get - the rails and bitterns that live in the reeds and make their living by not being seen. I was only marginally successful. There were reports of a King Rail, which got us a little excited. I think it was a bad report. The Gulf sub-species of the Clapper Rail is very similar to the King Rail - hard to tell them apart except by call. I got a few bad shots of a Clapper, still a good bird, but much more common. The last one was a surprise shot. I had lost track of the Rail's location, when it popped up again as I was taking a picture of a Common Egret. 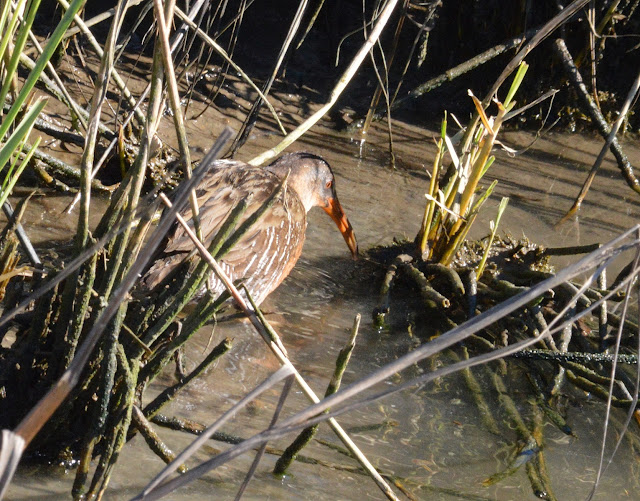 Lorna was the person who initially got eyes on the Clapper Rail and she got a wonderful set of photos before her slacker husband finally got there to get a photo of the west end of a bird headed east before it hit the reeds. Here is a link to her photos. Check these out; they are really fine shots. 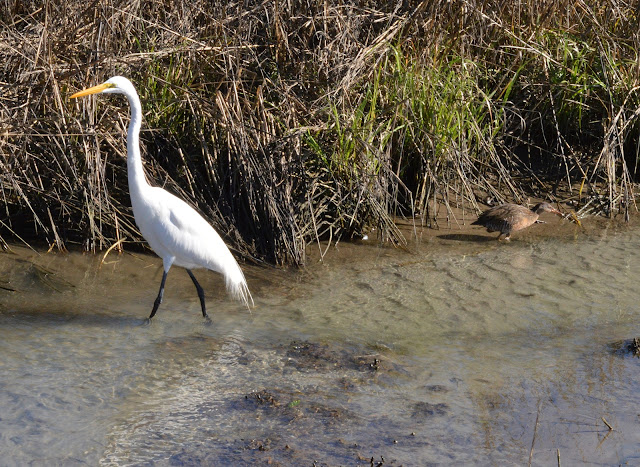 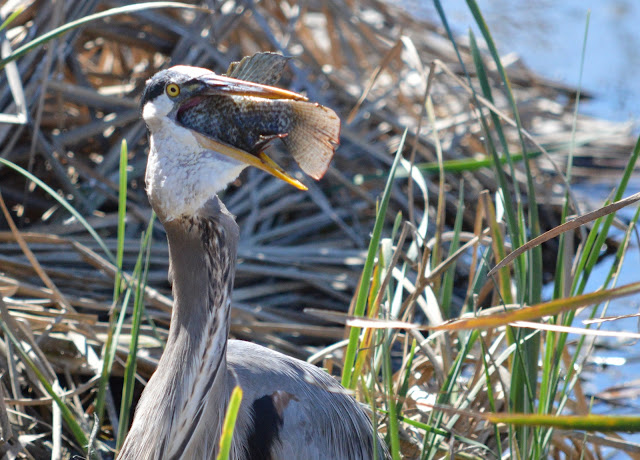 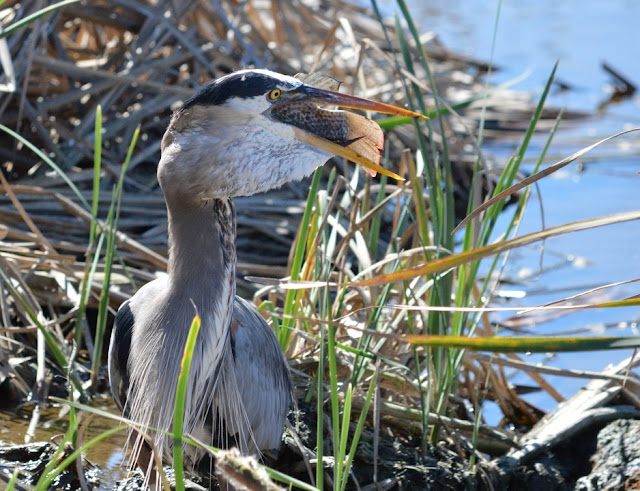 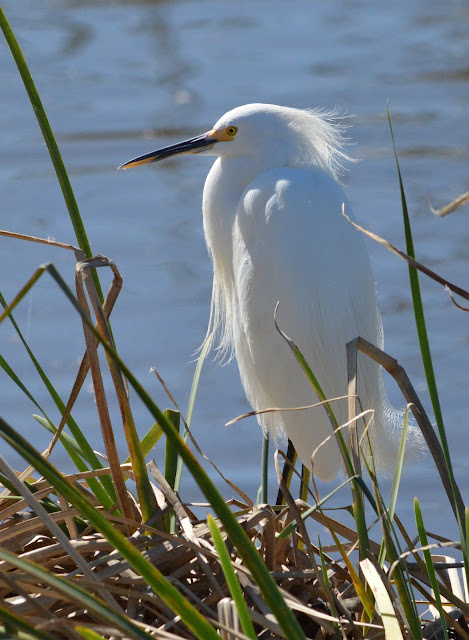 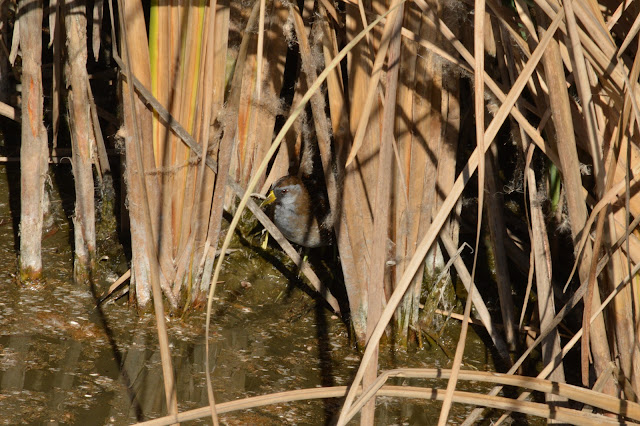 Soras, a small Rail, don't seem to be fearful, just extremely furtive; one day in a dozen they will hop right out of the cattails, pose for a while, then vanish again. Yesterday wasn't like that. We saw two or three Soras - movement in the cattails, sometimes a Marsh Wren, sometimes a Sora - a blink of a glance, then nothing - vanished into thin air.  Finally I got a solid look for a few seconds. I was studying the cattails trying to get a heartbeat time to focus. Some helpful fellow came up behind me saying, "Did you see the 'gator? C'mon, lemme show you the 'gator." I replied, "Not now, I have (had) something way cooler than an alligator." He glanced down at where the Sora had just been. 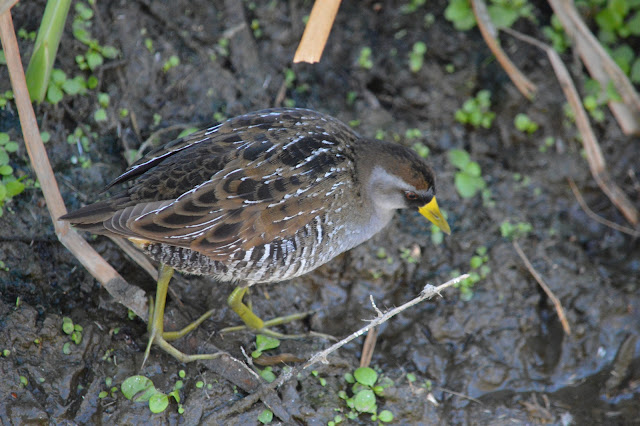 Likely he wouldn't have been impressed anyway. A Sora cannot eat you.

Watching that Heron swallow that fish does indeed get me thinking fish and chips and a beer to chase it down!

Those King Rail reports are interesting. We always give benefit of doubt to any report, but we've never heard or seen one at that location.