No warblers, at least while I was watching. Finally late in the afternoon a single Myrtle Warbler showed up. Some Warblers are rare or threatened because of loss of habitat. "Butter-butts" ? There are millions of these babies, tens of millions - estimated to be 130,000,000! The Myrtles nest all across northern Canada, right up to the Arctic. They are the first Warblers we see in Spring and the last in Fall. We had an outlier immature female Myrtle a week or so ago, but I am counting this one as my "first" of this Fall. Why? Arbitary - because it is my yard and my list, I make Oakwood Rules. 😏 And when they truly arrive there should be more than one.

When I was young there were Myrtle Warblers in the Midwest and East, and Audubon's Warblers in the West. They are similar except the Audubon's has a yellow throat and different migration patterns. Then they were lumped all together as the "Yellow-rumped". Recently the "splitters", armed with DNA, have stormed the Ivory Towers, overthrown the "lumpers" and cast them into the biological taxa mire. So shortly the species may be split again.              Either way, I'm going with "Myrtle". 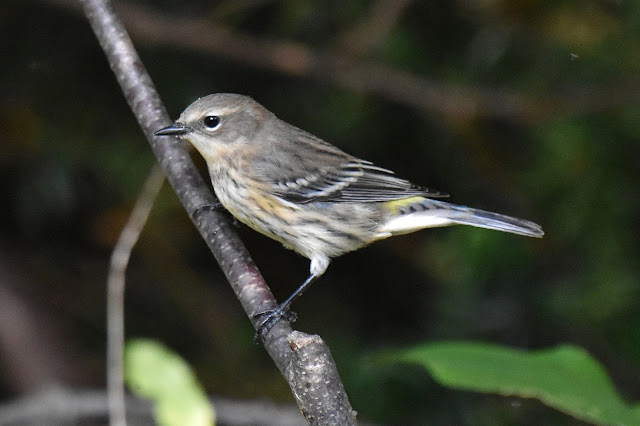 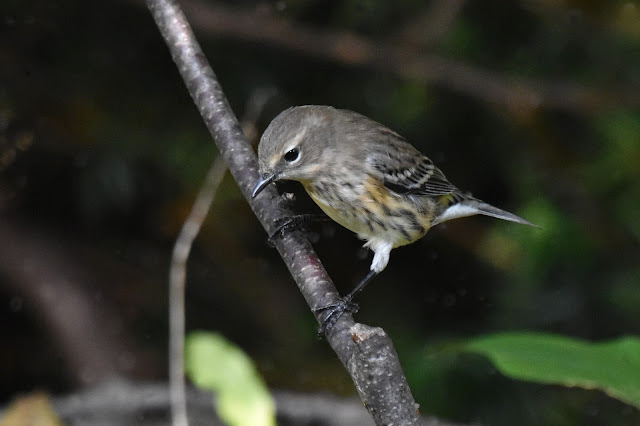 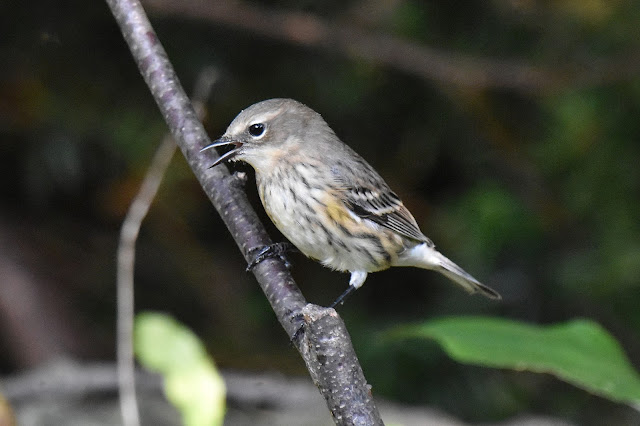 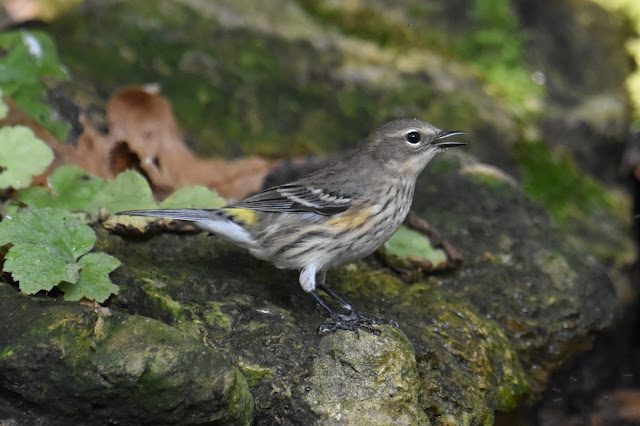 After being so wrong for so many years, I may finally be right again. - Gunnar, the right man for the wrong time.