I was going to tag this as a Mimosa Warbler, not because they were in a mimosa tree, but because they were taken from the deck at the World Birding Center on South Padre Island after drinking a couple of quite strong mimosa drinks for a fund raiser. The bird showed up unexpectedly (at least to me). A couple of the photos may have actually been taken still seated at the table - taken "in the field" so to speak. Trading drink for camera I rallied to my feet and made my wobbly way to the railing, trying my best to hold myself camera steady. "Here, hold my drink." *click* 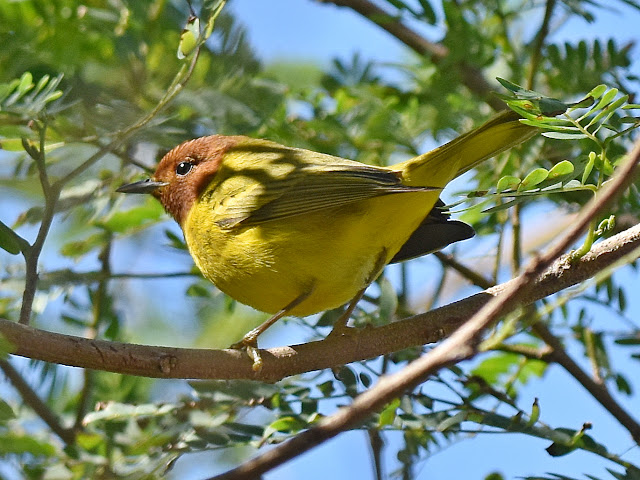 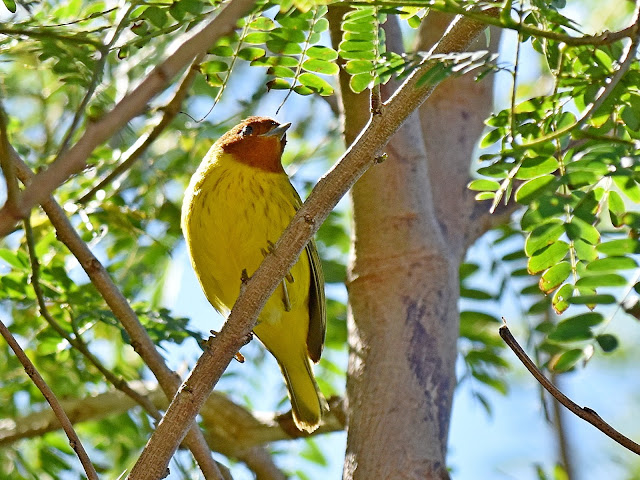 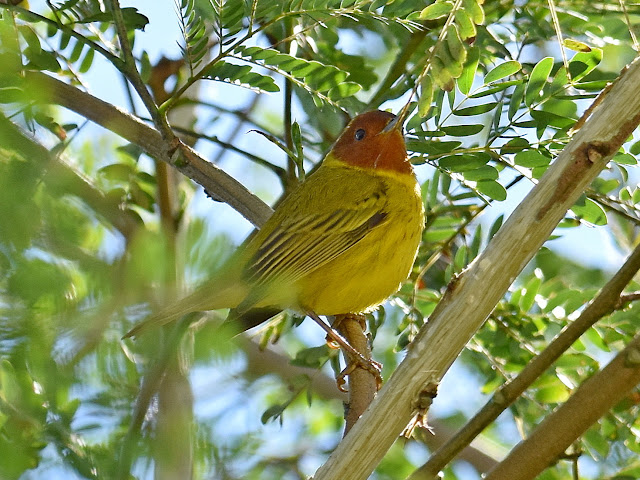 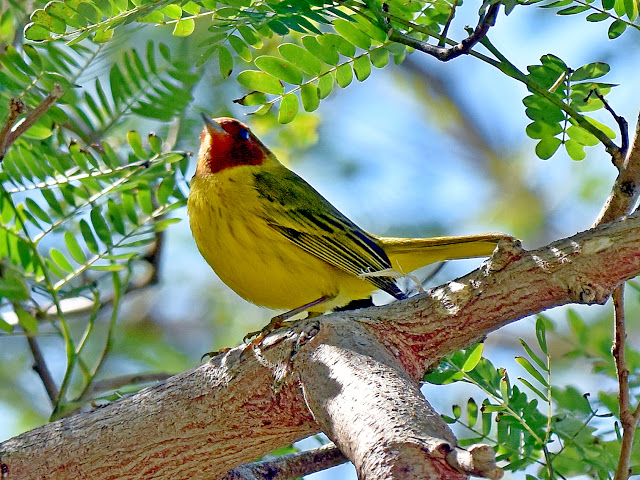 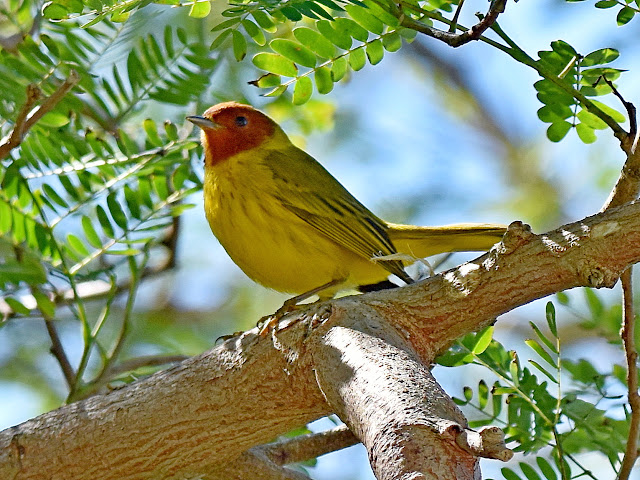 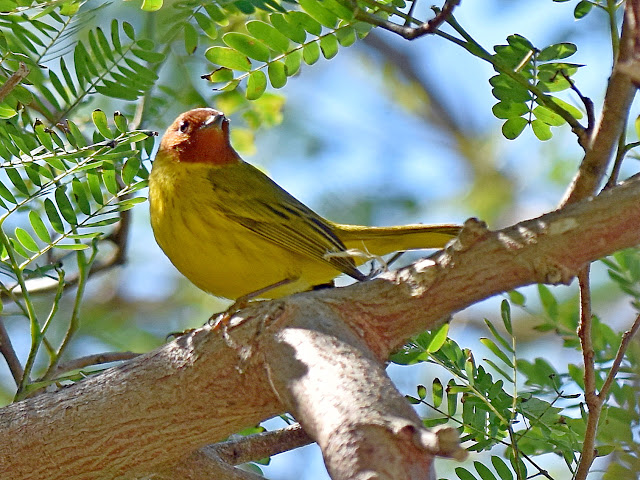 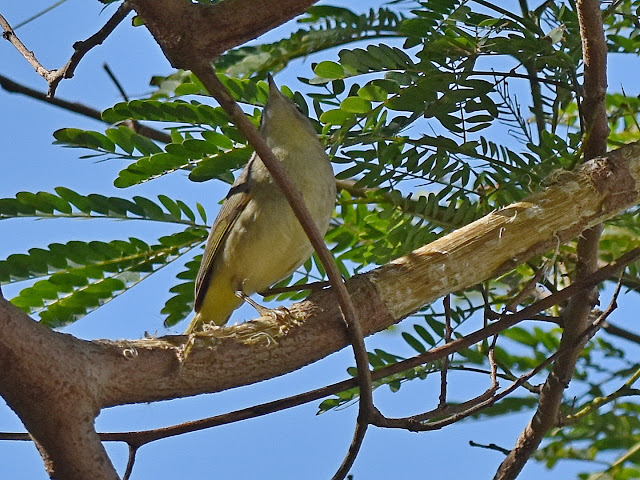 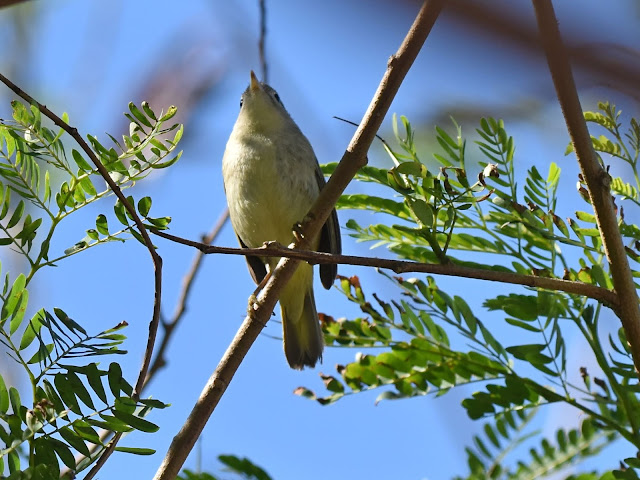 Thank you Javi for all your help over the past years.

Great photos. Mimosa Warbler, it is!