It was raining as we headed to McAllen, but then we were invited via cellphone to join friends at the Old Hildago Pumphouse. No rain down there.

We saw some birds that I didn't get photos of - primarily Catbirds and a Western Tanager. I would have loved the Tanager as I have never taken a picture of one, at least a male. The Black Phoebes were there, but at some distance, as they tend to be.

We decided to stop by the National Butterfly Center on the way home. First we checked on the Monk Parakeets on Violet, and the Burrowing Owl up on the levee on the way over there. I was struggling with the lighting then, but eventually I got a little better handle on it. We visited for while with a Border Guard up on the levee. As we were parked right up the road from the RESTRICTED AREA sign he could have obviously hassled us, but they rarely seem to. There has been Owls nesting there for at least four years. He was interested in the Owls, even seems to have taken some ownership of them, I suspect because he recognizes that people value the birds. Lorna encouraged him to pick up one the bird I.D. folders at H.E.B.  It can't hurt to have a one more body on our side. 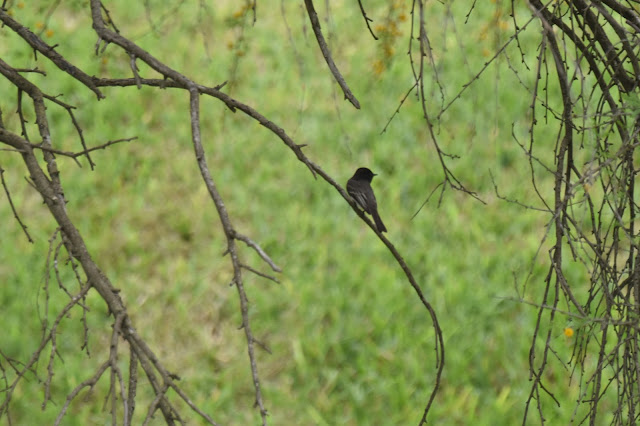 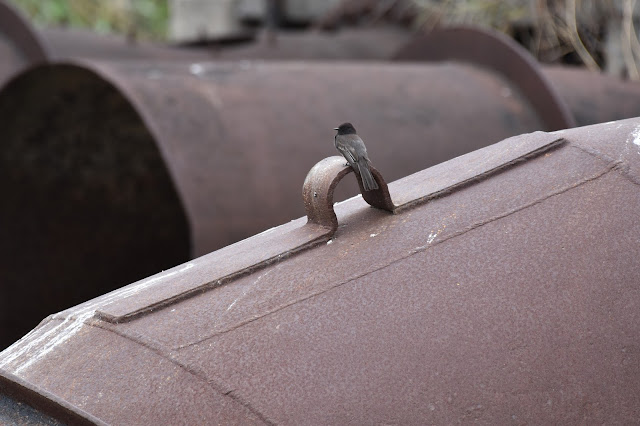 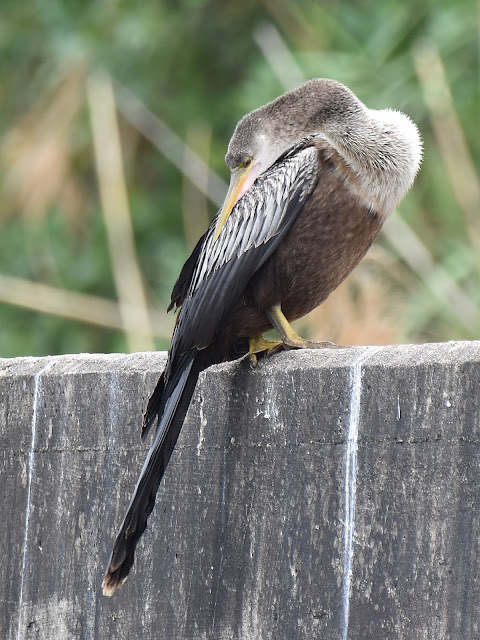 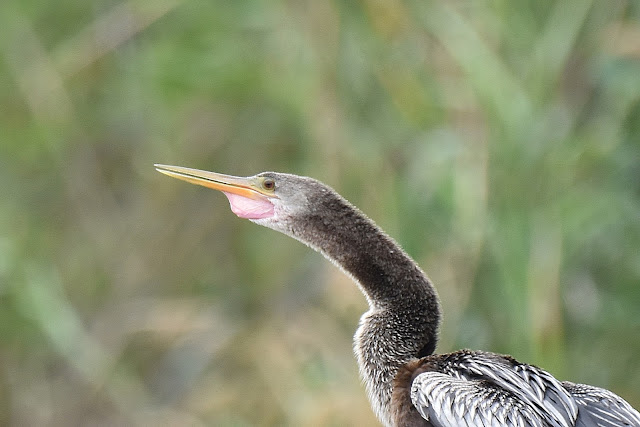 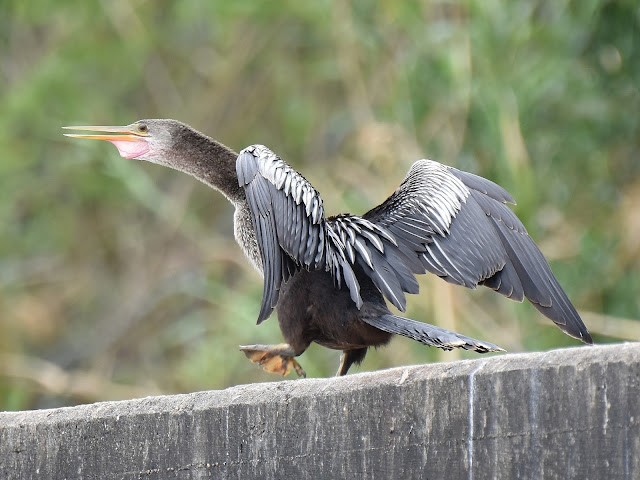 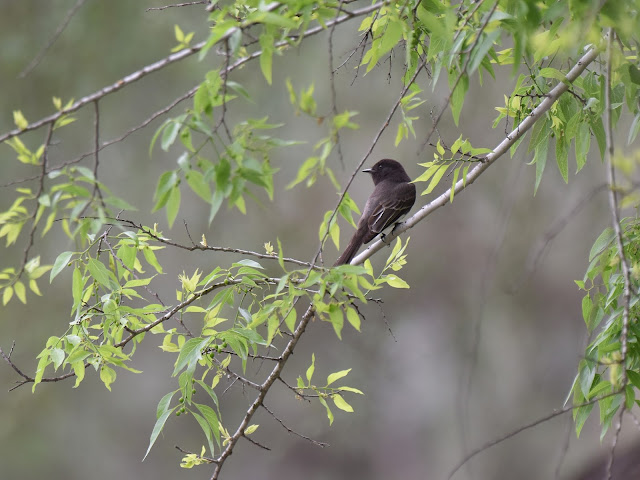 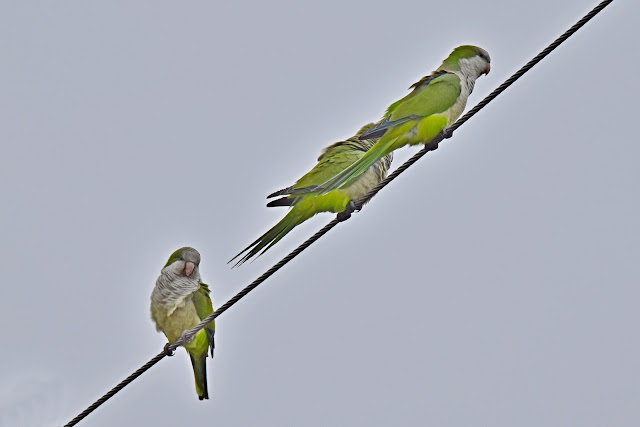 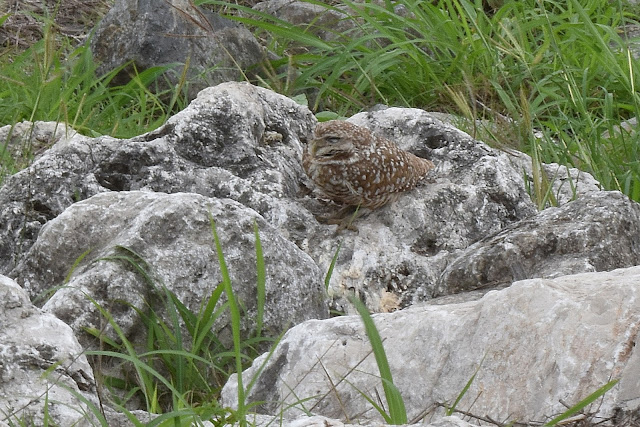 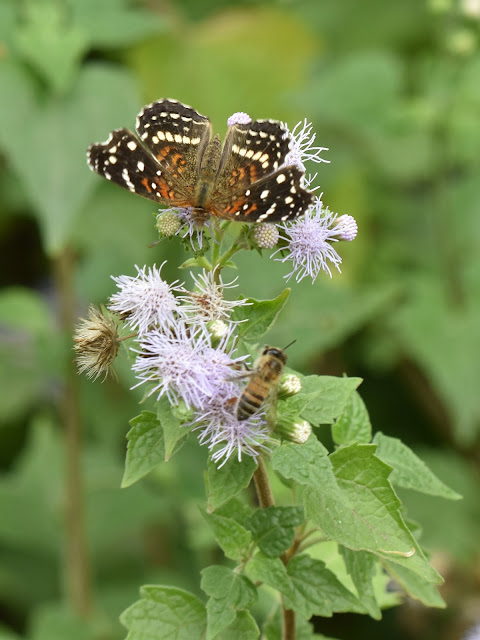 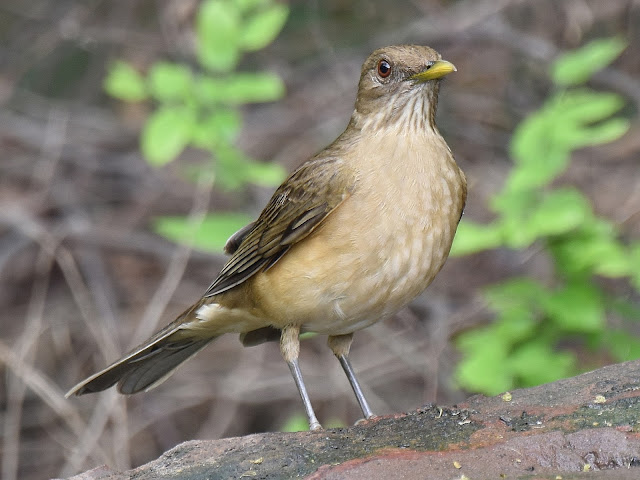 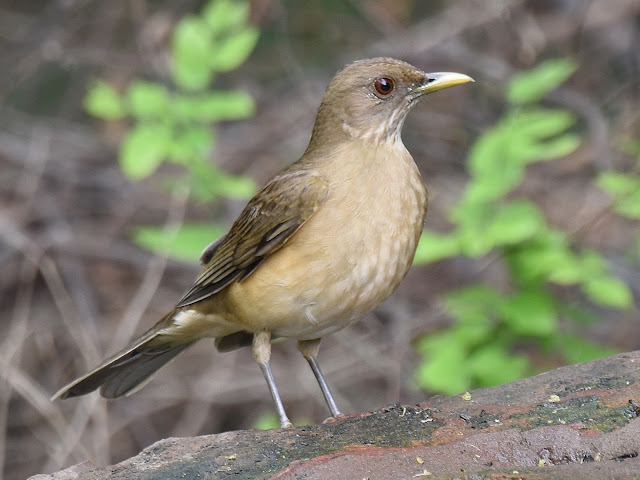 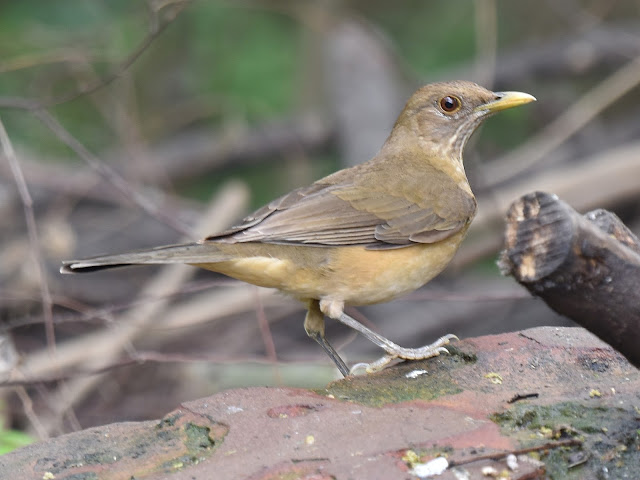 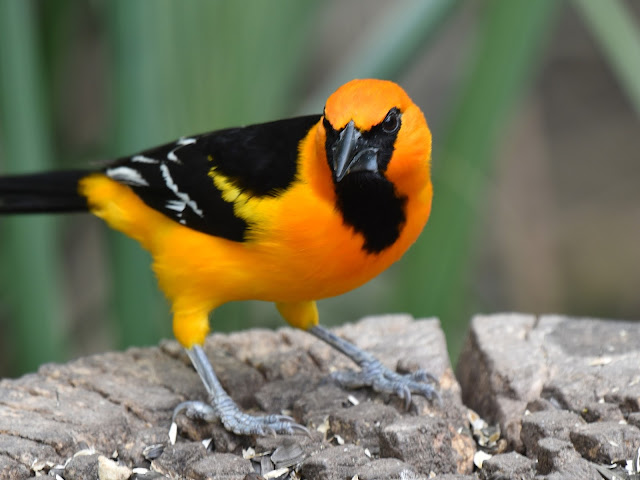 Overall I am pleased with the photo of the Black Phoebe on the giant pump intake pipe, the Clay-colored Thrush (nee Clay-colored Robin), and the Anhinga with pink throat pouch.

Your mileage may vary - Gunnar

I know right where you stood to take that Phoebe shot.

... and the where the Anhinga, Monks, Owl, and Thrush and Altamira were.