There are estimated to be fifty ocelots left in the U.S. and the 97,000 acres of thorn forest and wet lands of Laguna Atascosa National Wildlife Refuge host most of them. There is no longer automobile traffic allowed in the refuge because three ocelots were killed by cars. Now you can only travel by foot or bicycle, or ride a bus that takes a long loop around the refuge. We were there today to see a Crimson-collared Grosbeak which has been a regular visitor to the Potato Trees at the Visitor's Center.

It is a sixty mile drive, the last ten on a really poor road, all to see a single bird. We determined that if other birds did show up we would look at them too.

It was a long morning, hot and windy. We are fortunate that we were so open-minded about our bird options. It was mostly Grackles, Green Jays, Chachalacas, and a pair of Altamira Orioles - certainly beautiful birds, but not what we were there for. 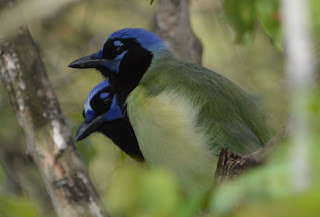 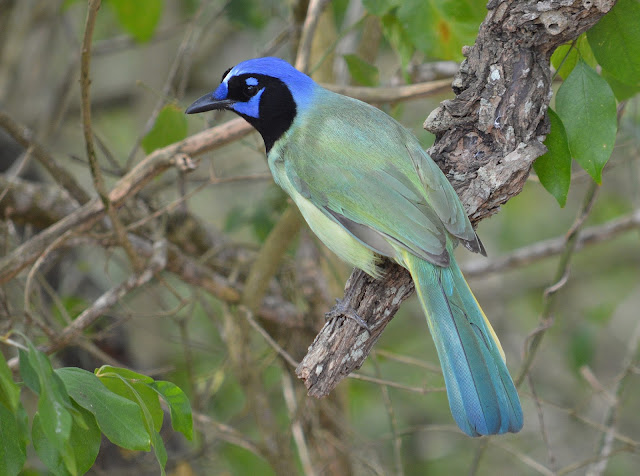 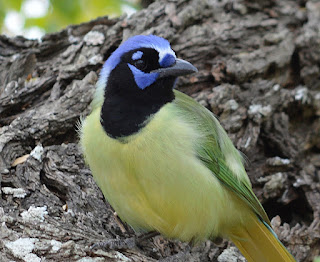 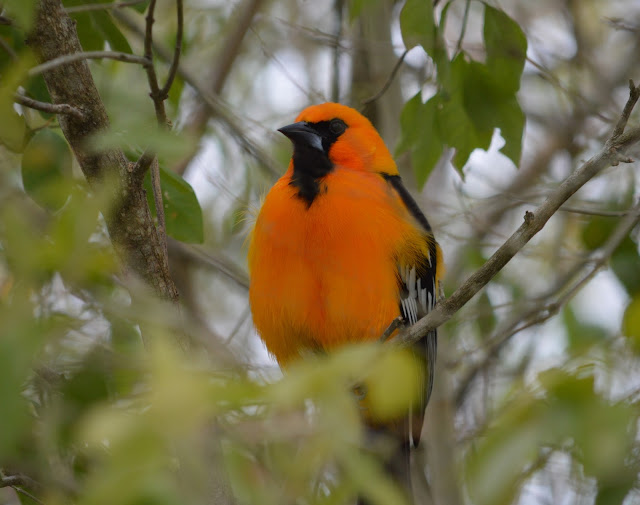 We knocked off and drove to South Padre for a late lunch at Padre Brewing where we were joined by the brewmaster, Mark Haggenmillar. We talked elections, careful to avoid being too strident, and Mark filled us in on the backroom dealing of Padre Island politics. "Graft and corruption" would be too strong a word, but it is certainly "more creative" than Minnesota politics.

After lunch we went to the Convention Center and did a little light birding - not much about. I took advantage by sitting on a bench and napping while Lorna looked for butterflies. Eventually I woke up and we motored home to Alamo. 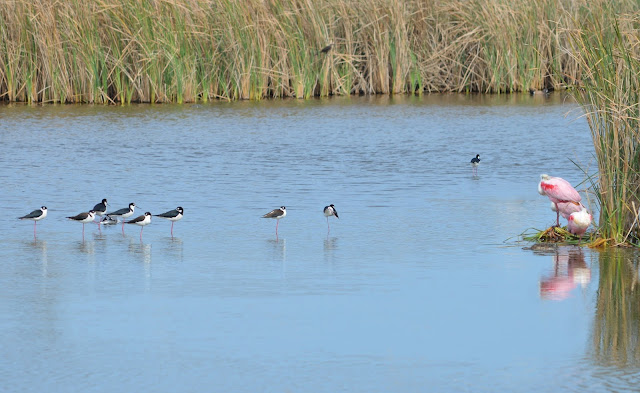 No Grosbeak...oh well.... I do understand them closing the refuge to cars. You'd think if people drove slowly, they'd avoid ocelots, but... As for photos, I always wanted to get a nice close shot of a Roseate Spoonbill this past trip, but they were never very close, either at South Padre or Estero.