The snow is completely gone (again), but they are predicting possibly a foot more today. It is a big storm front, but monitoring the NOAA radar it looks as if it may slide us by about an 1/8th of a mile to the north. That is cutting it a bit close and may simply be wishful thinking, but hope springs eternal in the human breast.

Yesterday I took a stroll about the estate and grabbed some images: 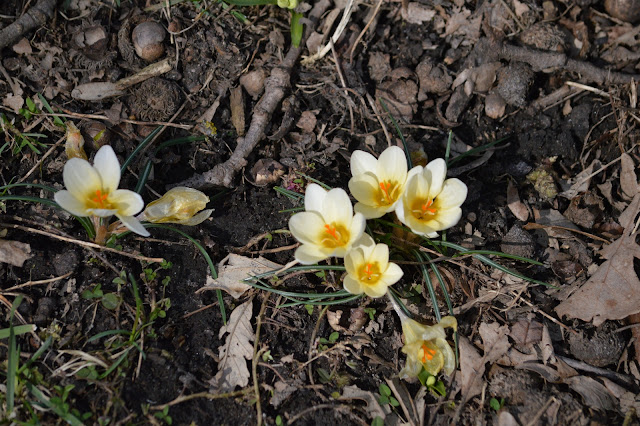 The mild winter bodes well for the Tree Peonies. These plants have marvelous blossoms and foliage, but they are woody shrubs rather than herbaceous perennials and sometimes they show their displeasure with our Zone 4 winters by dying back or withholding some of their blossoms. Most years there are a few dead branches and shriveled buds in Spring; not this year, but a late hard frost may still set them back. 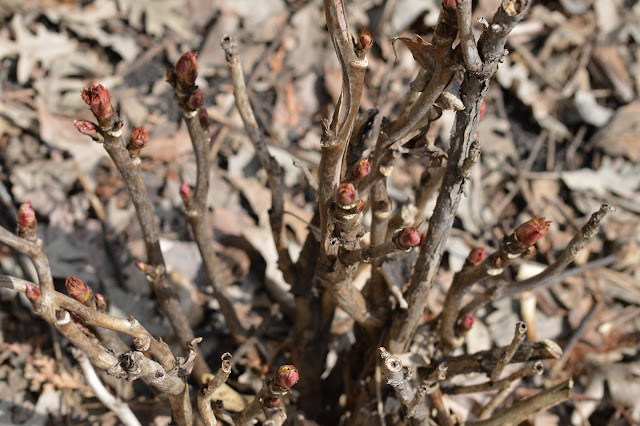 The pathway bricks are from the Interstate Power chimney. It was built 300 feet tall in 1922 at a time when dealing with air pollution meant putting it up into the sky as high as possible to send it to their downwind neighbors. The chimney was razed in '79 and eventually over time some of the bricks migrated to my garden paths. 1922? That means that the man who made my bricks was likely born well before 1900. I think about that every time I notice the brick on the lower left. At one time dirt and moss collected in the fingerdips (not a proper word, so I made one). I carefully considered whether he would want moss growing in his little signature mistakes. I cleaned them out. Neatly. 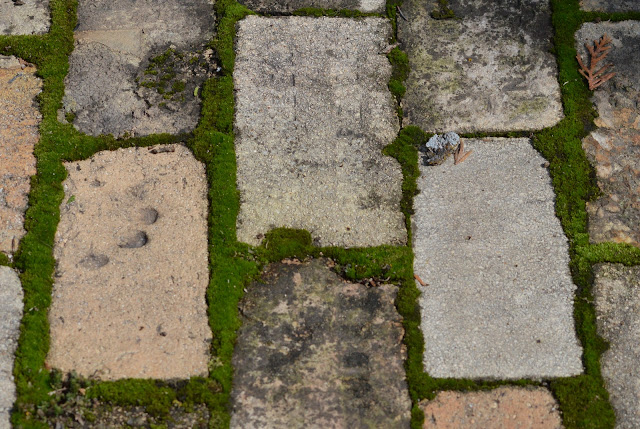 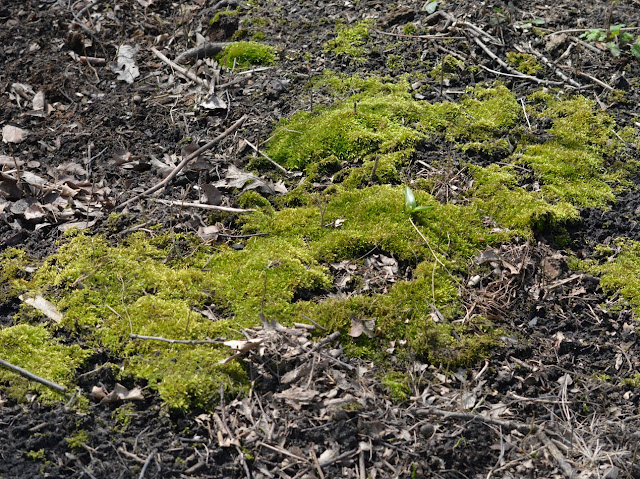 I love the emerald lushness of moss and the wabi-sabi look of mossy mortared brickway walks. I have a neighbor who bemoans her moss and fights it to the death with chemical poisons. For me if the pH and sunlight are right, the moss is right. I never use any weed killer (except for Canada Thistles) nor do anything to encourage grass to grow. The resulting "lawn" may look rough, but various creatures seem to appreciate it and they make my life fuller, something that a trimmed grass mono-culture never could. Anyway, back to my moss - I will "harvest" some of the moss from the wasteland edges of the property, put it in a blender with buttermilk, and pour the resulting green bryophytic soup over some of the newer paths where moss has been slow to take hold. The resulting brickways will make you want to walk barefoot, just so that sensation is not completely wasted on children.

May your moss be lush - Gunnar

That's a great way to spread moss about. Didn't know about that one.