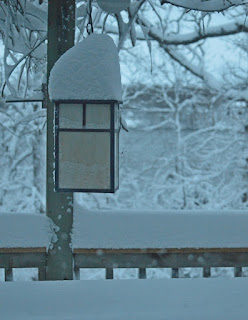 Pictures taken through the window before I went out to attack the snow. A foot, give or take. My foray was suspect. The snowplow had earlier made two passes up and down the alley, leaving a two foot pile the length of the driveway. The snow was deep enough, heavy enough, that the snowblower bogged down.  As did my shovel.

Getting more and more tired, beaten to my knees by the damned snow, I considered my childhood next door neighbor, P. C. Sorenson - Grandpa Pete to me. When I was about 12 years old he died at the operating end of a snow shovel. It was the first time I had confronted death firsthand. I have made it nearly 71 years. I quit shoveling.

We can get the truck out, get to the mailbox, receive company and take deliveries. Good enough for now. 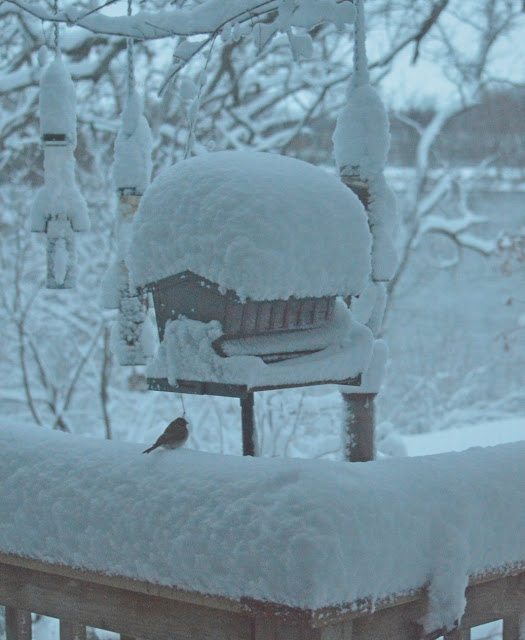 The following were taken at noon from the high deck after a morning of playing in the snow with shovels and snowblowers. Sun's out. 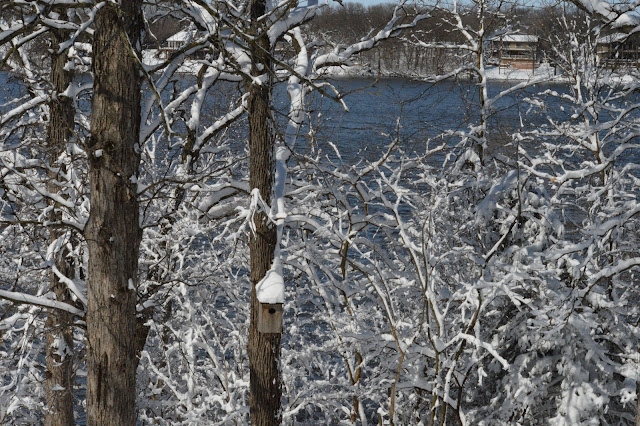 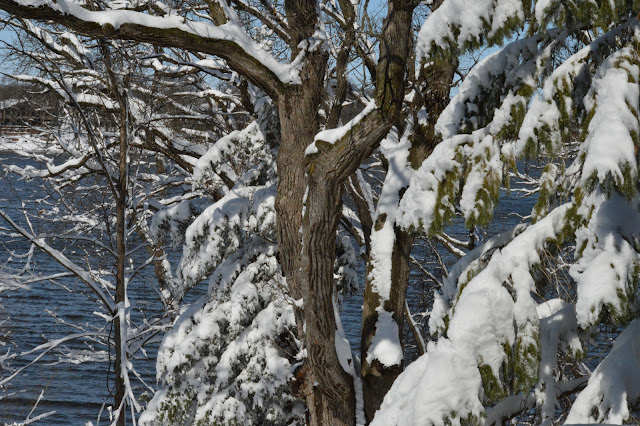 Yeah, just wait a day or two and it'll melt--hell it's practically Mid-Summer.

Some old(er)farts down here liked to brag about how many shovelfuls of wet snow they could move in between rounds of chest spasms. Don't see many of those guys anymore. Where'd they go???

Shoveling snow in heaven, or hell, depending.

When Hell freezes over, they'll be shoveling there, too.