Photos By the Laggard

We hiked some. Most of our walking was on the Superior Hiking Trail, which runs from Duluth (with a short break around Knife River) to Grand Portage, about 150 miles. We were able to access the trail from our door, across a bridge or two, up through the trails of Cascade State Park. The State of Minnesota has put in some footbridges and signs to keep people orientated, but the trail has been there forever. Possibly not forever, but the animals long ago picked the easiest routes, then the Lakota reinforced them, before being pushed west by the Ojibwe, who spent another 200 years confirming them. I thought about that and how many miles were tread on these paths by moccasins as I was slip-sliding around the wet trail with my flat-soled shoes, which I favor to prevent digging the trails up. I have to admit in moments of weakness I coveted Lorna's lugged soles as she consistently walked away from me.  Hence the reason for all these pictures taken from behind the wife and the pup. Bud is a 12 year old Pug, not normally an outdoorsy breed. All things considered, he was a real trooper, never complaining, even enjoying smelling the droppings of really large ungulates - like moose, etc. At the end of the days we all slept really, really sound. 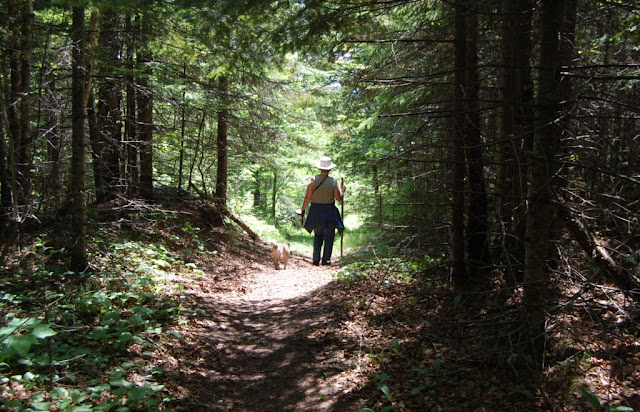 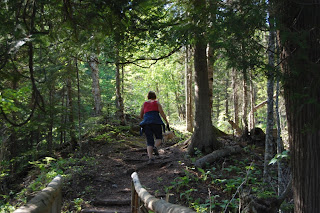 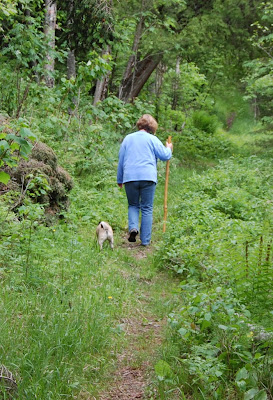 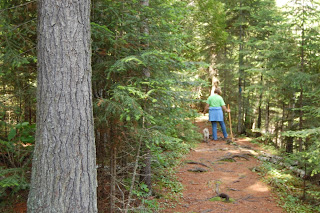 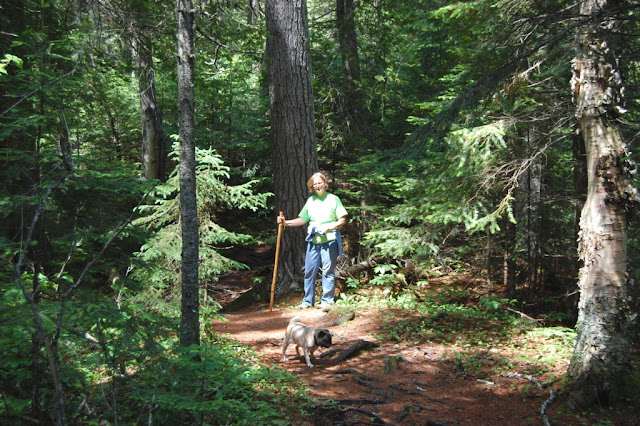